On the Move: Dan Chong Named President of HBF and More Industry News 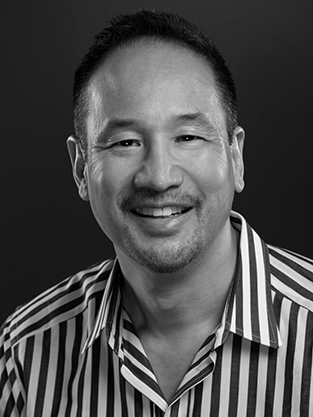 HBF and HBF Textiles, a subsidiary of the HNI Corporation, named Dan Chong as president. Prior to joining HBF, Chong most recently served as the vice president of sales for Allermuir North America. He also founded architxture LLC, an Orange-County based independent contract furnishings dealership.

Chong graduated from the University of Michigan’s Ross School of Business and made his first move into the contract furniture industry at Metro in 1993, eventually becoming the president and CEO. Chong was instrumental in guiding the transition of the Steelcase Design Partnership into Coalesse and became vice president of design community strategy at Steelcase shortly after.

“Siobhan’s reputation for excellence in high-profile projects is one of the top reasons we’re excited to have her as a team leader,” says Ashen.

Before joining dash design, Barry was a partner and studio leader at New York City–based design studio ICRAVE, where she directed the design of New York’s French-inspired bazaar, Le District Market and JFK Airport’s JetBlue T5 terminal restaurants. She also worked with MacKay Architecture/Design on retail spaces for luxury brands Hugo Boss and Prada, among others.

Barry earned her Bachelor of Architecture degree from the University of Waterloo.

Here are other design professionals on the move:

Along with appointing Dan Chong as president, HBF and HBF Textiles has named Jodi Dykstra the vice president of sales and marketing. Dykstra previously served as division manager for the brand’s Chicago outpost and has also worked with Gunlocke. Joining Dykstra in promotion are Shelley Dunnigan, regional sales manager of the western division, and Daniella Abrams, architecture & design manager of the New York region.

TRIA has appointed Lucianna Lucarelli as director of interiors, where she will lead the interiors division with 15 years of experience. Joining Lucarelli is John Hubbard, recently promoted to project manager.

Michelle Rotherham is the new director of ARCTURIS. Specializing in workplace strategy and healthcare interior design, Rotherham’s approach to design stems from a passion of helping those in need. She also balances her role with managing the not-for-profit organization HomeFirst STL.

Yvonne Colacion joined Gensler’s Los Angeles office as a design director, focusing on the outpost’s hospitality practice. Prior to joining the firm, Colacion founded an eponymous studio in Southern California. She previously worked with Gensler from 1995 to 2006 and served as Vice President at RTKL.

Janet S. Kuck has been named chief financial officer of Valdese Weavers. Kuck succeeds Snyder Garrison, now the chairman of the board of directors of parent company CV Industries. Kuck joined Valdese Weavers in 1987 and most recently served as senior vice president of information systems.