On the Move: Lauckgroup Joins Perkins+Will

Texas interior architecture firm lauckgroup has joined the global architecture and design firm Perkins+Will. Lauckgroup will adopt the Perkins+Will brand at studios in Dallas, Houston, and Austin, and will provide leadership over interior design projects in the Southwest. “We’re thrilled to unite with such an innovative, design-forward firm as Perkins+Will because they truly understand what it means to deliver excellence to their clients,” says Anne Kniffen, president and co-owner of lauckgroup. 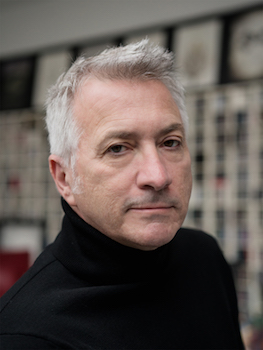 The Museum of Arts and Design (MAD) has announced that Christopher Scoates will be the museum’s next Nanette L. Laitman Director. He is currently the Maxine and Stuart Frankel Director at the Cranbrook Academy of Art and Art Museum, and will join MAD on July 1. Prior to that, he served as director of the University Art Museum at California State University, Long Beach.

Nancy Ireson will be the next deputy director for collections and exhibitions & Gund Family Chief Curator for the Barnes Foundation in Philadelphia. Ireson has more than 15 years of experience at institutions such as the Art Institute of Chicago, the Morgan Library and Museum, and most recently London’s Tate Modern, where she integrated virtual reality into the museum for the first time.

Jeffrey Zutz has been appointed president and chief executive officer of Flad Architects, succeeding William Bula. Zutz has worked as the firm’s managing principal for the past 12 years. Bula will continue working with the firm in a principal advisory position. 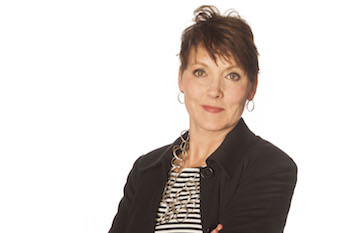 Jane Sullivan is rejoining Marguiles Perruzzi Architects (MPA) as a senior interior designer. Sullivan was employed at MPA for 14 years, but left the firm for two years. She will work on key interior design and workplace strategy projects, as well as assisting with business development.

Brooklyn multidisciplinary design and development studio AE Superlab has brought on Edson Pinto as Architectural Designer. Pinto studied architecture and digital fabrication at the University of Arizona in Tuscon.

Max Hollein has been elected the next director of the Metropolitan Museum of Art. Hollein began his career at New York’s Guggenheim Museum before working as director and CEO of three art institutions in Germany, including the Stadel Museum, and currently leads the Fine Arts Museums of San Francisco. Hollein was selected after a year-long effort by the Museum’s Search Committee.

Ryan Jang has been promoted to associate principal and Idit Harlev has been promoted to associate, director of finance and operations at Leddy Maytum Stacy Architects (LMSA). Jang most recently served as project manager for the San Francisco Art Institute at Fort Mason Center for LMSA, while Harlev currently oversees the firm’s operations, finances, and human resources.

Lei Berger has been appointed Managing Director of Wilson Associates‘ Shanghai office. Berger relocated from the firm’s Dallas office to Shanghai in 2010, where she expanded business development efforts in China. Berger initially joined the firm as designer two decades ago.

Storefront for Art and Architecture

Eva Franch i Gilabert will resign as executive director and chief curator of the Storefront for Art and Architecture after eight years. Franch will remain at Storefront until the launch of her latest project, the New York Architecture Book Fair, in June, when she will relocate to London to accept an appointment as the next director of the Architectural Association. Storefront has launched an international call for its next director.