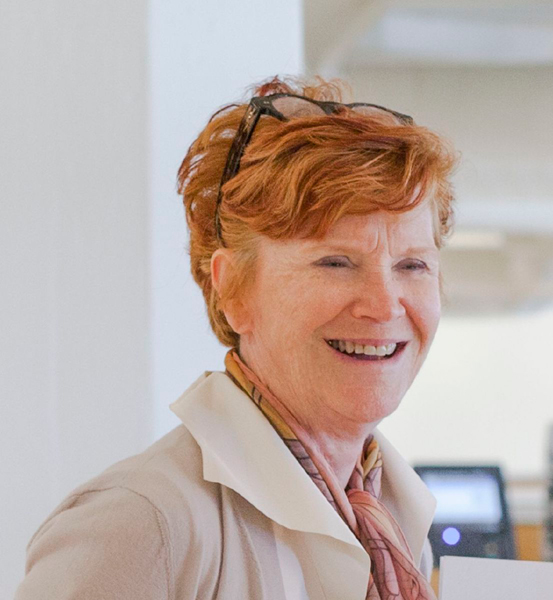 When she visits the Fortuny Studio on the Giudecca in Venice, locals spot

by her signature fiery-red hair.  Widely recognized as a visionary in the world of luxury interiors, she is an honorary citizen of many of its chicest destinations.


A Founding Principal of San Francisco interior design firm BAMO, Babey designs hotels, residences and yachts for discerning clients from the San Francisco to New York, Hong Kong to Abu Dhabi.  Her projects include extraordinary properties like the Grand Hotel a Villa Feltrinelli on Lago di Garda and Four Seasons Hotels in Milan and Bora Bora.  From sojourning at the home of the Contessa Gozzi to decking out a new Benetti yacht, Babey’s career has unfolded like a design fairytale.


Born in New York but raised in a century-old adobe house in southern New Mexico, Pamela traveled extensively with her parents as they pursued their interest in Native American artifacts, Mexican folk art, and European antiques.  Annual family pilgrimages to New York and Mexico engendered a love of art and antiques, with fashion coming in a close second.

grade teacher matter-of-factly informed her that was impossible… she was a girl.  Not to be completely dissuaded, she soon shifted focus to architecture.  After receiving her Bachelor of Architecture Degree from U.C. Berkeley, she built an impressive resume designing for the international offices of Skidmore, Owings & Merrill, James Stewart Polshek & Partners, and Pfister Partnership before co-founding BAMO in 1991.


Always searching for unique and custom pieces made with passion and care, Babey cultivates a community of skilled artists worldwide. A peripatetic seeker, any particular day might find her with Sabina Fay Braxton in Paris or Venice or at the London gallery of David Gill.

.  Her collaborations with V’Soske were featured in the New York AIA exhibition


is an active member of Save Venice

.  In addition to the Hall of Fame, Pamela is also a member of

When asked for her personal definition of luxury, Babey offers, “Being on the grounds of the Villa Feltrinelli, amidst wonderful old specimen trees, wandering to the rose garden, discovering the banks of hellebores, smelling the fresh lemons.  Having the time to enjoy life; that is my ultimate luxury.”