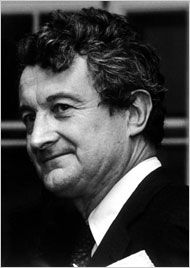 Paul Spencer Byard, a land-use lawyer who returned to school in his late 30s to be an architect and who became an important figure in the renovation of some of New York’s most prominent landmarks, died on Tuesday at his home in Prospect Heights, Brooklyn. He was 68.

The cause was cancer, said Charles A. Platt, a partner of Mr. Byard’s in Platt Byard Dovell White Architects of Manhattan.

Mr. Byard was one of very few people — perhaps the only one — whose résumé included both the elite law firm Winthrop, Stimson, Putnam & Roberts and the high-profile architectural firm James Stewart Polshek & Partners.