Q&A: Arihiro Miyake on His Moooi Collaboration and Global Perspective 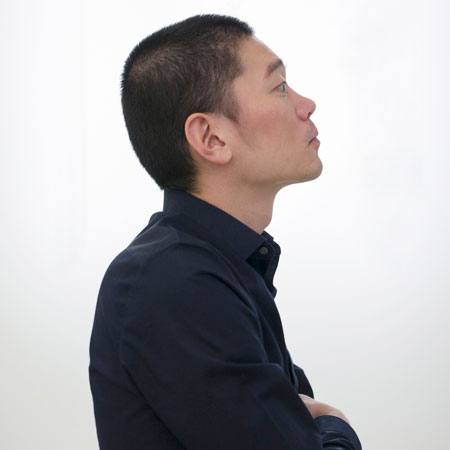 Designer Arihiro Miyake has dabbled in mediums, with a range of creations to his name: a partition system made of recycled bottles, portable aluminum cutlery, and a Scandinavian-inspired bakery in Japan. Miyake’s background is equally varied: he grew up in Japan, studying at Kobe Design University, before moving to Finland for a master’s in furniture and spatial design. Now splitting his time between Milan and Helsinki, Miyake spoke to Interior Design about his newest product: Coppélia, a lighting fixture for Moooi that launched in the U.S. last month.

Interior Design: How did Coppélia come to be?

Arihiro Miyake: There was no shape in the beginning, just an idea. I wanted to see what I could do with LED technology. That is the main reason that I have been concentrating on lighting. I did not originally try to become a lighting designer, but when LED came to lighting, I thought it was a great chance to try it. It has changed everything from the designer’s point of view: lighting is no longer just a shade for the bulb; we can design the light source itself. Coppélia is one of the concepts that I developed to explore what I could do with LED.

The idea was to divide a certain amount of light into small pieces. The body itself is conducting the electricity—there are no cables. When the light is on, and the surrounding space is dark, and the wire kind of disappears from the side. It looks like the light is floating. That was what we were trying to create.

It’s also suitable for mass production. You can make almost anything if you’re making only one or two pieces, but it’s harder with a thousand pieces per year. So I thought it would be good to keep it as a straightforward shape that is related to the classic chandelier. Somehow the shape exists in everybody’s mind, so I thought it would be good for the market. The lights have a taper because it reminds me of a candle. The big scale of the design has to communicate with the small scale. 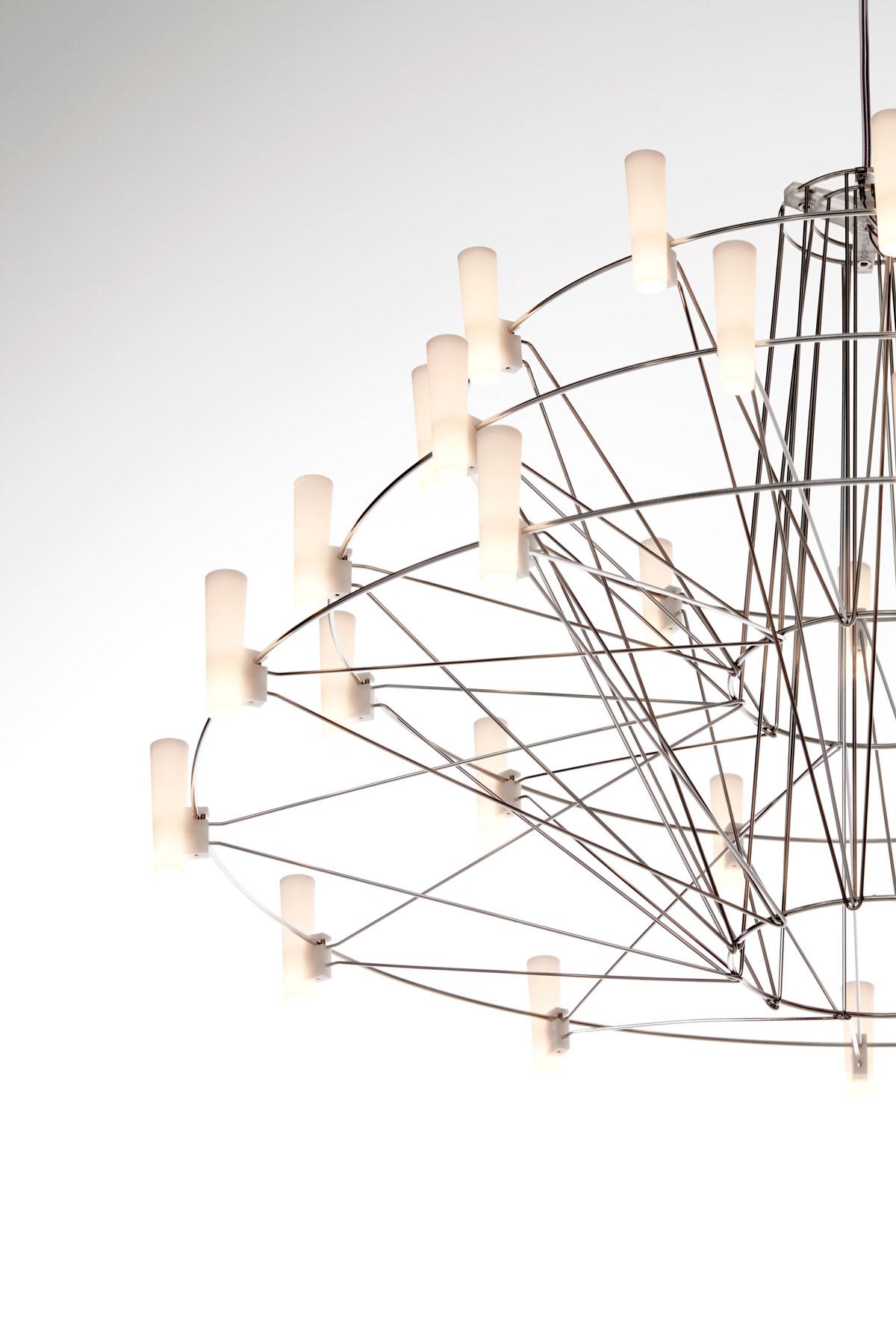 AM: I’m not a designer who can design 10 things per year, but maybe one or two, spending more time on them. From my experience, I believe that it’s better to convince a company to do one thing. It’s risky, but when you succeed, you sell more. In that sense I’m very happy with Moooi, because they took me very seriously. We spent many years working on this.

I did the first sketch after the summer of 2013. The first presentation was shown in Milan in 2015. They started producing it for the market last summer, so all together it took three years. And now it finally came to the U.S.

They’re very excited about LED. It’s still new compared to the long history of bulb lamps. Even though I do other products like furniture, I want to keep that technical approach. I want to be on the front line of this technology.

ID: For Coppélia, it seems there’s a balance between the cutting edge and the traditional.

AM: If I just express myself, my idea might not be understandable. That’s the difference between artists and designers. Part of the designer’s role is to think about how to communicate with people through the work. I think I made the right choice to keep the lamp’s traditional form. I call it a naked design, because it’s not hiding anything. Maybe it’s more like a motorcycle than a car—the engine is exposed. 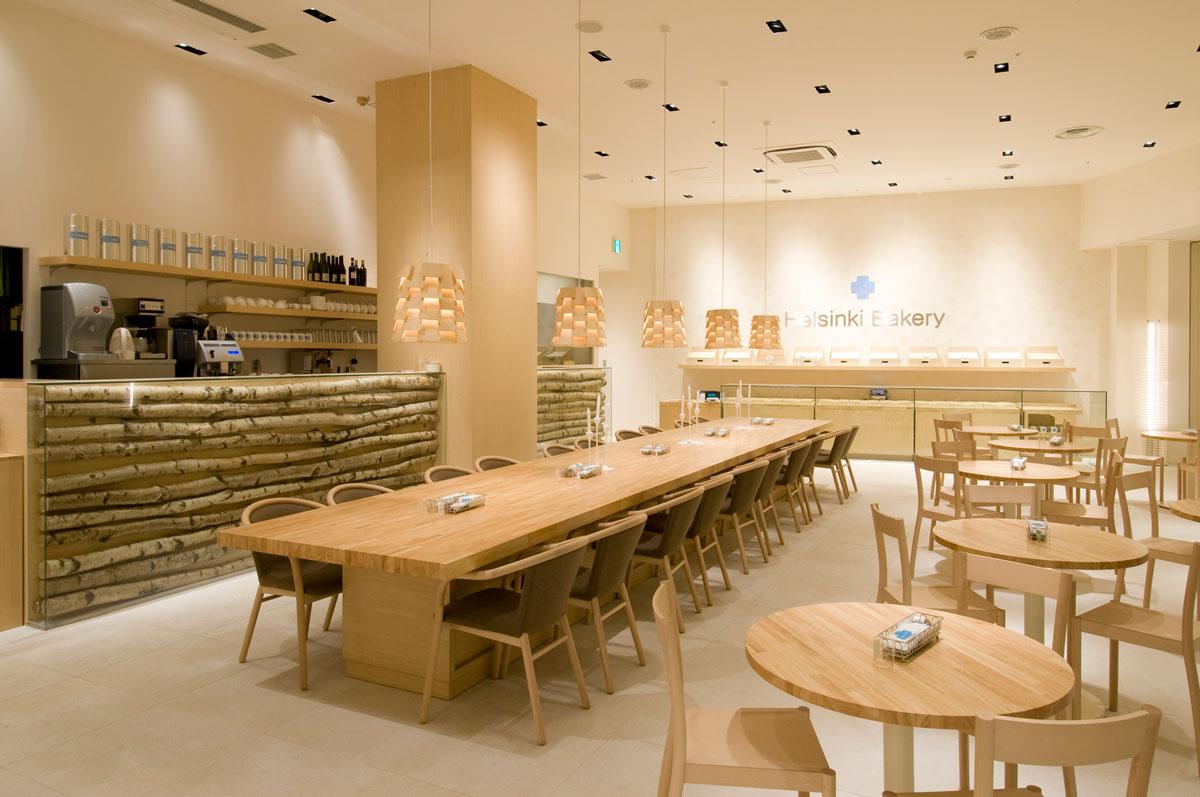 ID: You’ve lived in Japan, Finland, and Italy. How you do channel those different cultures in your work?

AM: Wherever I am, I try to be different as a designer. So when I was in university in Japan, I was in the industrial design department. There were not many people doing furniture because the industrial designers’ main goal was to work for a big company, like Sony or Panasonic. If you do furniture design, you have to be on your own. Nobody was really doing it, so I said, I can do it.

Then I went to the master’s program in Finland and they were really good at using wood there. The funny thing is that in Finland, there is no aluminum producer, so they buy it from either Russia or Sweden. So it’s a little bit expensive. But I had this scholarship so I had a little bit more money. I thought if they are good with wood here, I will be good in aluminum. I was a bit twisted.

Design language is another thing. I was strongly influenced by the weather and the air of Finland. If I studied in Milan, maybe I would have reached a different style—they have more plastic and colorful shapes. Now I’m in Milan, but it’s after I have some confidence in my style. If I was much younger, maybe I would’ve reached a different style here.

View the slideshow for more examples of Miyake’s work >