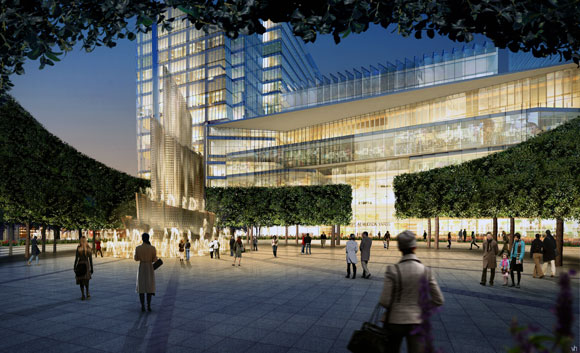 A five-floor retail center joins the two towers, housing 750,000 square-feet filled with shops, cinemas, restaurants, and bars; elsewhere, the complex will include a luxury hotel and open-air cafes.


After the somewhat unexpected blockbuster success of the

broke ground on the 26-acre

project, the largest private development in New York City since

“We are proud to be working with some of the best architects not only in New York, but in the world,” says Joanna Rose, Related’s vice president of corporate communications. These include the 1.7-million-square-foot South Tower, which was designed by

, “who bring tremendous expertise in iconic commercial towers around the world,” says Rose. The anticipated

tower will house the world headquarters of luxury goods company

Inc., and will link to a 2.4-million-square-foot North Tower via a retail complex, in which restaurateur Danny Meyer is eyeing a number of the spaces. 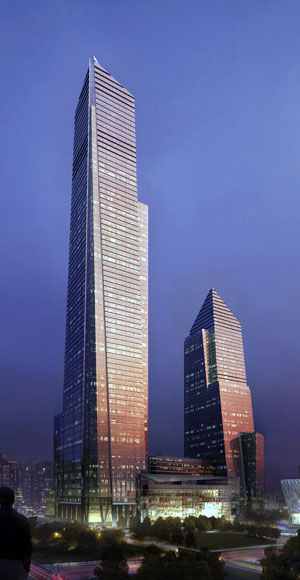 The Hudson Yards will include two towers, both designed by KPFA, and will be serviced by an extend 7 subway line, along with ferries along the Hudson River.

—with multiple floors of gallery and performance space. The facility was designed by

, who Rose says, “has a long history with Related, from

on 42nd Street to

resort and casino in Las Vegas.”

Plans are underway to ensure that visitors to the Hudson Yards will be right at home, with 5000 residential units and a new public school added to the area. And all 13 million square feet of the project will integrate with that smash hit High Line via the new Hudson Park and Boulevard, a 4-acre thoroughfare incorporated a series of parks and public plazas along the west side of the island.

Related Companies is well known for their work on the 2.8-million-square-foot

, and partnered with the global platform 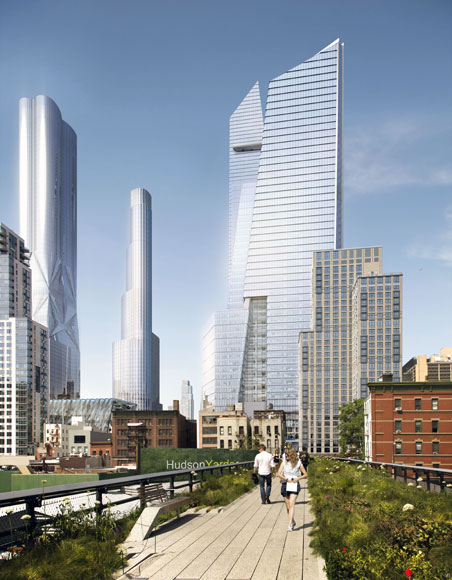 The High Line will terminate near the Hudson Yard’s South Tower, in which Coach has purchased nearly 740,000 square feet for its world headquarters.