If you’ve ever been to a restaurant, chances are you’ve sipped from a

Crystal vessel. Riedel pioneered varietal-specific glasses and decanters now found in restaurants and hotels across the globe. This year the company launched two new decanters for restaurant use: Curly and Boa. 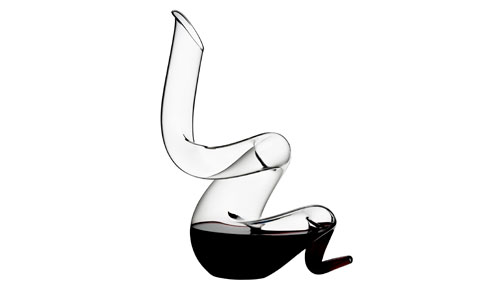 Curly, designed by Georg J. Riedel, 10th generation, resembles a pig’s tail and is available in clear or a more playful version accented with a soft pink stripe. Boa also takes its names quite literally from its boa constrictor snake inspiration and was designed by Riedel’s 11th generation CEO, Maximilian J. Riedel, in honor of the Chinese Year of the Snake.

“Of course, it does help that serpentine shapes facilitate ‘double-decanting,’ the science I’ve been proud to develop for Riedel decanters,” says Maximilian. In fact, as with most of Riedel’s decanters, form follows function and the curvaceous nature of these pieces is meant to provide greater enjoyment of wine. 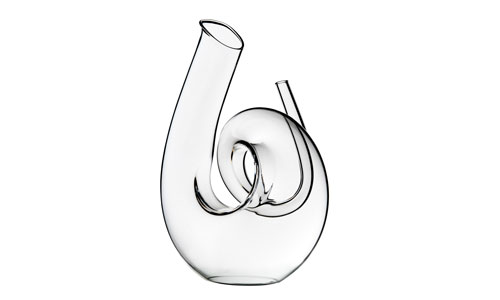