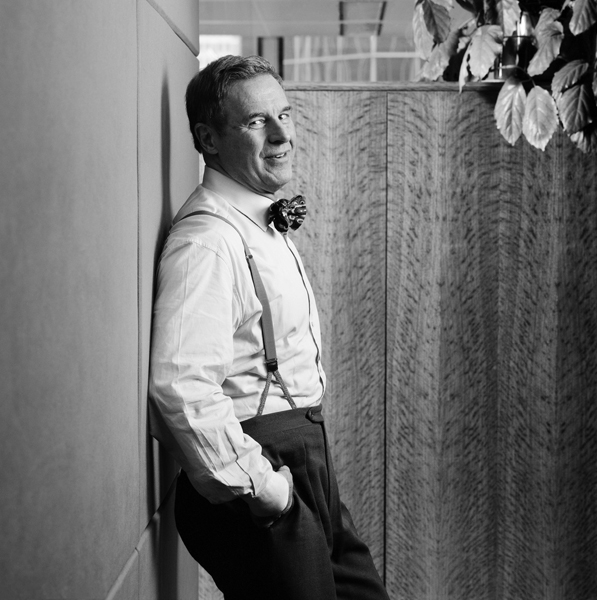 Rob Kleinschmidt is passionate about his life and work as an Interior Architect, living and working in harmony with the principles of timeless and classic design. He is also passionate about the talented individuals with whom he has worked and mentored whose creativity and innovations have resulted in design work that has gone beyond the expectations of the client and received acclaim within the industry.

Rob’s fifty years of extensive experience as an interior architect have focused on creating interiors that harmoniously reflect each building’s core concept and exterior persona including the selection of furniture that performs seamlessly with the function of its space; enhanced by color, texture and materials all in concert to create a unique and pleasurable environment.

Mies van der Rohe and his colleagues created the International Style in the early 1930’s. The design approach that RDK Design practices today is an example of a highly-refined interpretation of the core principles of that philosophy and Modernism. It is beyond “international” because its timeless sophistication would make it appropriate anywhere today.

Rob has also found great satisfaction and success designing furniture that uniquely fulfills and complements the décor and functionality of an interior. His furniture incorporates ergonomic design using the latest technology available now and trending into the future. Specifically, he has designed a collection for Sunar Hauserman which includes a lounge furniture system and occasional tables.

Rob’s philanthropic and charitable endeavors include serving on the Board of the Mies van der Rohe Society for twelve-plus years. He continues to serve the Society in restoring the Mies van der Rohe buildings at Illinois Institute of Technology and, most recently, completed the restoration of the Carr Chapel. He is presently involved in the design and development of several concerts for the rededication of the only liturgical building that Mies van der Rohe designed. For the past several years, Rob has been engaged with the River North Dance Chicago benefit committee in assisting and securing auction items for their annual gala. In addition, he is an active participant in his church and enjoys mentoring young artists and architects to reach their full potential and proliferate the world of architecture with first-class, dedicated talent.