Tornadoes ripped through the Southeast in April of 2011, leaving the town of Phil Campbell, Alabama, devastated. The town is not far from award-winning woodworker

studio in Florence. To help with relief efforts in Phil Campbell—started by a group of people from all over the country named Phil Campbell (dubbed “The Phil Campbells”)—Wade crafted two tables out of a lone oak tree, stripped completely bare of its limbs, that was still standing in the razed town.

The process took over two years, during which Wade milled the log into flitch-cut natural edge slabs, retaining the shape of the tree. The slabs were then stacked and air dried, naturally (read: slowly), before going into the kiln for the final cure. “I like taking something fallen or destroyed and making it new. It tells the story of the situation,” says Wade. 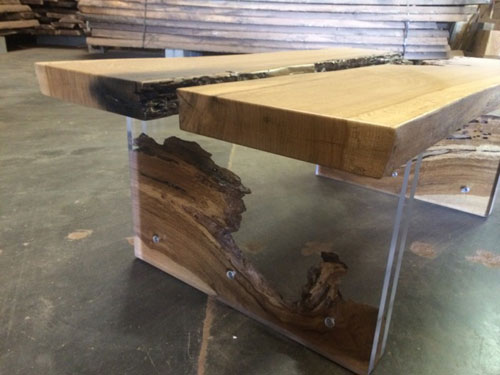 Wade donated the tables to Brooklyn’s own Phil Campbell, the executive producer of the documentary

. Brooklyn Phil and the film’s director, Andrew Reed, plan to sell the tables in an effort to raise more money for the devestated town. 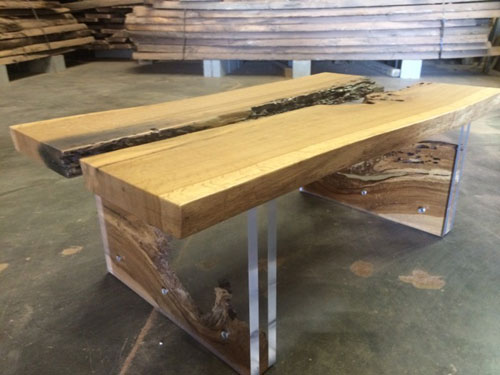 Brooklyn-based Phil says, “I love what Robin Wade did. He created not only two gorgeous pieces of furniture, but he also made for the town a symbol of rebirth.” The tables are currently on display at the 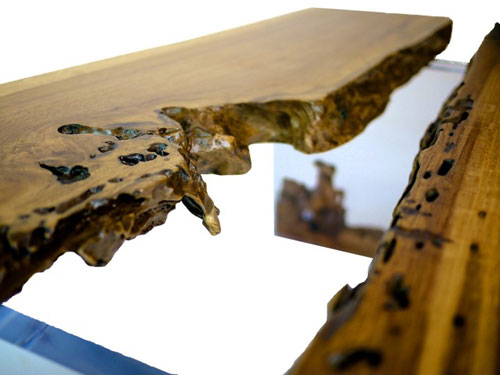