Who else has had just one client since 1980? Who else has designed six hotels in Las Vegas, setting the pace in one of the most touristed places on the planet? In the world of hospitality, Roger Thomas is a singular outlier. Who else has been profiled in the New Yorker, for Pete’s sake? 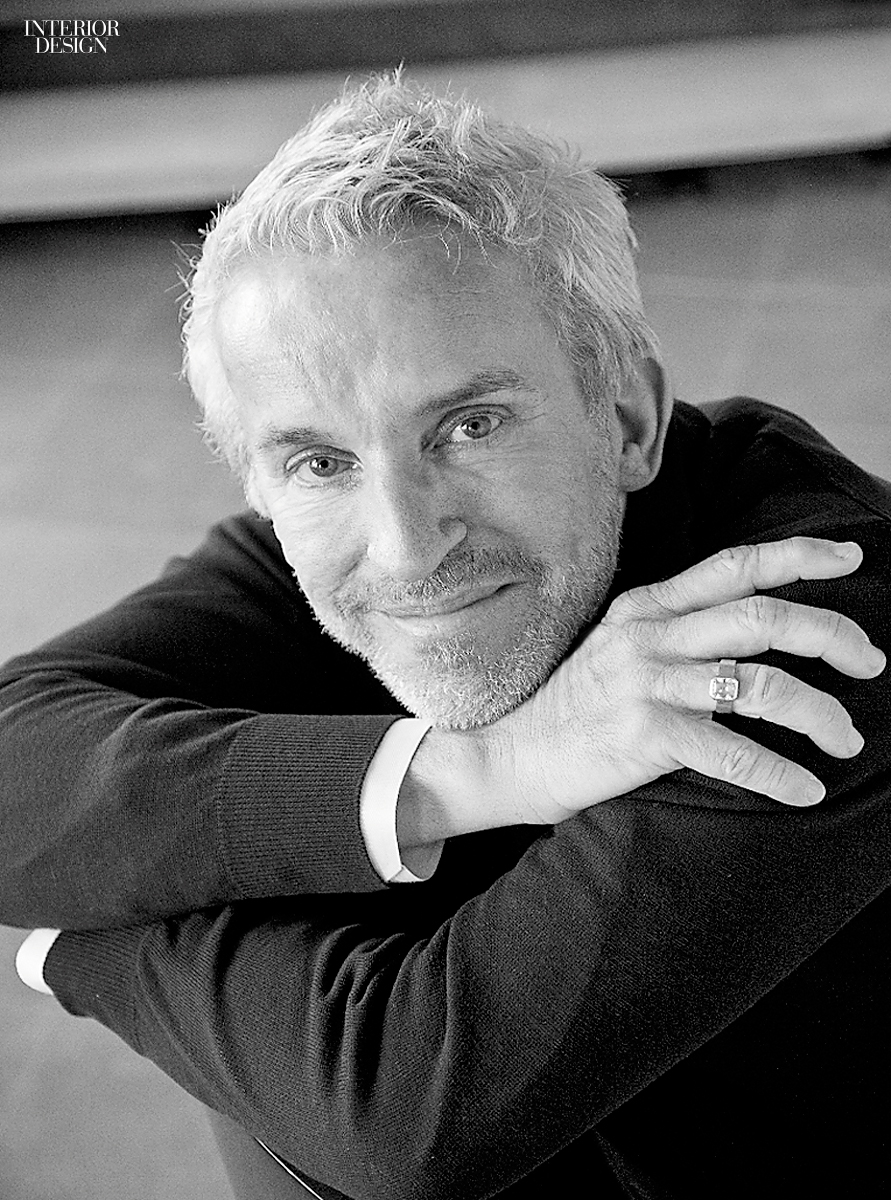 A conversation with Thomas is a master class in design. He is firmly grounded in historical principles, which he studied at the Interlochen Arts Academy in Michigan and later at the School of the Museum of Fine Arts, Boston. “The 17th century invented all the furniture forms we now use,” he says. “Most young people who start in my office are surprised that the sofa didn’t exist until then.”

He has put his lofty knowledge to very practical use, and his mastery of the gaming-hotel realm’s particular­ities is equally deep, right down to details that a beginner would overlook. Take the Hangover-style incidents that sometimes happen in Vegas. (Though they presumably stay there.) “In my industry, glass-topped tables are a problem. They break and become dangerous,” he says. “So you accomplish transparency in another way, for example with Lucite legs.”

His hotels embody a two-pronged approach. They are dazzling to look at, as befits the capital city of illusion and abandon, but they work on a personal level. “Though we create some of the largest resorts in the world, we think of them like designing a residence. It’s your pied-à-terre in Las Vegas, one that you feel you own and that you can return to. My job is not to make it look big but to focus on intimacy,” he says, adding that “layers of detail” help him achieve that effect.

Many years of searching for the exactly right details led him, in 2006, to launch the Roger Thomas Collection. It now offers everything from chandeliers to carpet and cabinet knobs, most similar to those found at Wynn resorts. “My environments have to be unique,” he says. “Otherwise, why are guests going to come back?”

Over the decades, he has mind-melded thoroughly with Wynn. “One client for 35 years is a huge advantage,” Thomas says. “You start every project knowing the culture, the preferences, the wants and needs. It’s a continuing conversation.”

Despite huge successes, both designer and client have kept a certain humility. “Maybe this time we’ll get it right,” Wynn might say at the outset of a 5 million-square-foot project, as Thomas relates with a laugh, noting that Wynn is himself a design nut who relishes the process.

The moment Thomas wakes up every day, whether it’s at his home in Las Vegas or his house in Fairfax, California, or his apartment in Venice, he’s thinking about good design, and he tackles his work with an infectious joy. “I aim for wow around every corner, but it should feel like your wow,” he says. Anything less would be the real sin.