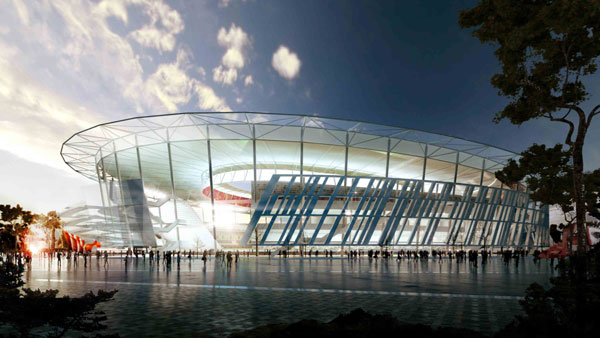 Meis Architects borrowed from the city’s iconic Colosseum to design the 52,500-seat

, opening in 2016. Renderings look a lot like Rome’s iconic landmark with a reputation for bloodier sports.


Designed by Dan Meis of

, the 53,000-seat new home for the AS Roma soccer club is a modern-day interpretation of the city’s beloved Coliseum—where gladiators once battled to the death in startling numbers.


“It would be impossible to design a stadium in Rome without thinking about the powerfully iconic presence of the Coliseum,” Meis explains. “That building has been a powerful symbol of Rome and the spectacle for which it is famous for two thousand years.”


Tentatively called Stadio della Roma, the stadium will have the ability to grow even bigger, seating up to 60,000 fans. To make a contemporary interpretation of the Coliseum’s legendary arches, Meis Architects uses Travertine stone, quarried from the same mountains, in the form of a scrim wrapping the glass and steel stadium.


With three pitches (one half-size for training), the $400 Million stadium will be positioned as a sports and entertainment attraction open daily, with restaurants and bars, a Nike Superstore, and an interactive AS Roma Hall of Fame.


Unlike its predecessor, the Stadio della Roma will not provide a set of tunnels and holding places for gladiators and wild animals under its floor. However, hi-tech highlights include a glass and teflon-coated fabric canopy shielding fans from unpredictable weather and a massive LED wall for screening away games and movie premiers.


The Los Angeles Football Stadium at Grand Crossing and the Sports City Stadium, slated to open in Doha Qatar in time for the 2022 World Cup, are also on Meis Architects’ stadium-heavy resume. 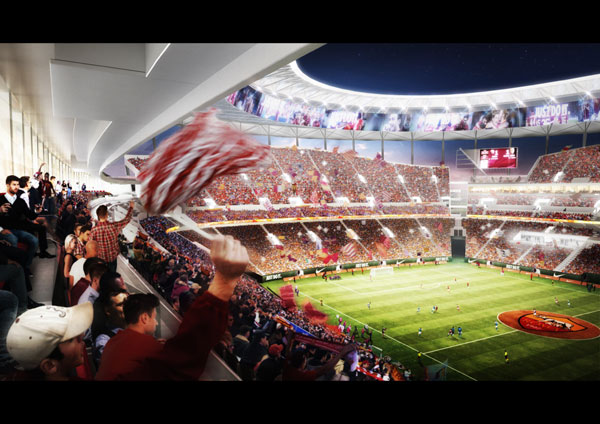 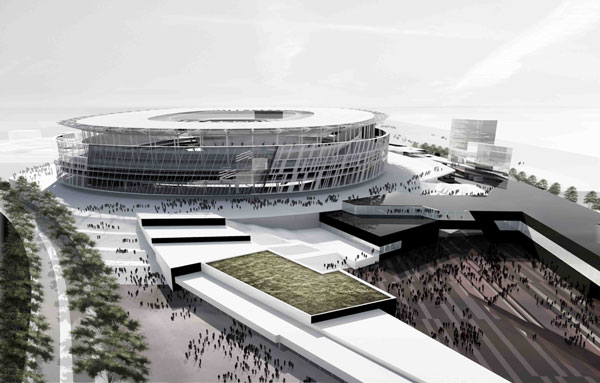