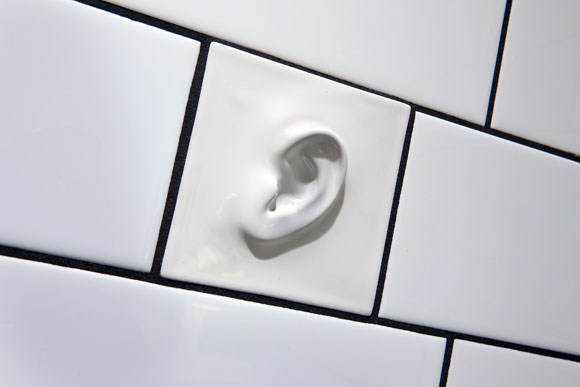 has a hand—or an ear—in the complete renovation of Cincinnati’s landmark Metropole hotel, reborn as a 156-room boutique called

. The local studio, founded by Maria Longworth Nichols in 1880 as the first woman-owned manufacturer in the U.S., was tasked by design firm

“That’s an exciting challenge for us. You have to match the size, thickness, and color [of the other tiles],” says Allan Nairn, art director of Rookwood, whose legacy includes tiles at New York’s Grand Central Station and Union Terminal in their hometown. 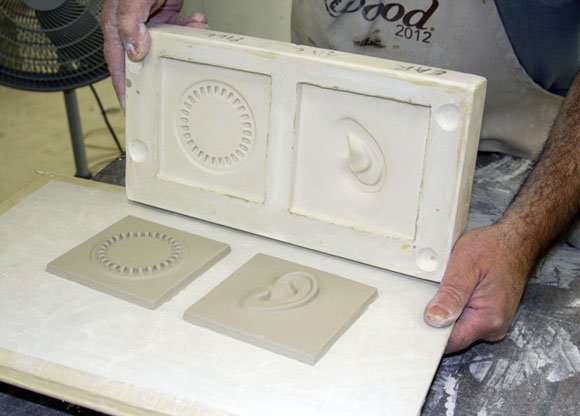 Each of the eight proposed tiles was made into a plaster mold, a labor intensive process. Because clay shrinks when fired in a kiln, each piece began as 11.5 percent larger than the final version. After firing and glazing, a blaze chemist ran tests to match the shades of white. “Glaze is chemistry,” says Nairn, crediting his colleague Jim Robinson and the larger team effort with getting the formula right.

“Nothing gets more basic than a white bathroom,” says Stephen Brockman, principal,

. “How could we amp that up more?” The design architect, who collaborated with

on the project, considered the physical use of bathrooms to add whimsy. “What do you do in the bathroom?” says Brockman, “I do things I shouldn’t be telling my mother about.” 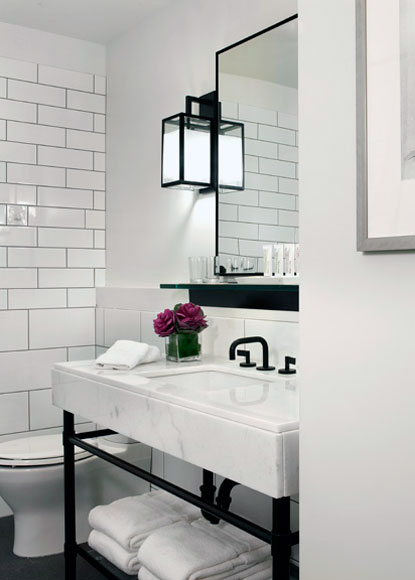 You don’t have to know the six Rookwood tiles in each guest bathroom are custom made and location specific to see they’re special. They’re equally in sync and wholly divergent from the other bathroom tiles, all white. It’s stunning, and subtle, and a little surprising.