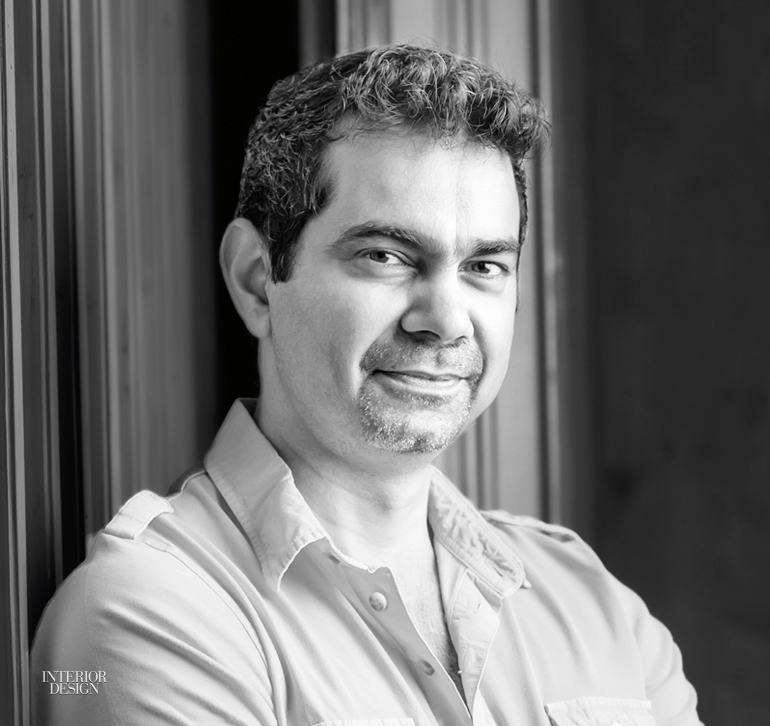 “Until I was introduced to architecture, I wanted to become a professional artist. Most of my free time in school was spent sketching and painting. I began drawing animals and figures. From the time I became an architecture student, though, I have sketched only buildings. I prefer to use a yellow sketch pad or yellow tracing paper, but I can draw on anything. I have used hotel stationery, airline tickets, and even newspapers when nothing else was available.

“Each morning is spent doing sketches of plans, sections, and elevations of new designs. For the first two to three hours, I do not take phone calls or have any meetings. This is my creative time. A project always begins with a series of my initial sketches, which are then passed on to staff members at Sanjay Puri Architects to develop with software programs.

“For an office building in Surat, a city on the coast north of Mumbai, I did these drawings with markers. Since the building was required immediately, the project was executed in just four months. I completed the first sketches in one morning, and they are identical to how the building was eventually made.” – Sanjay Puri