The Great Recession was lousy for everyone. Perhaps “lousy” is a lousy adjective to describe it. Had we asked for the correct one, you’d have probably offered excruciating, devastating, even soul-crushing. Over the last two years, according to our annual Giants status reports, revenue has improved steadily, but we hadn’t seen positive salary movement. 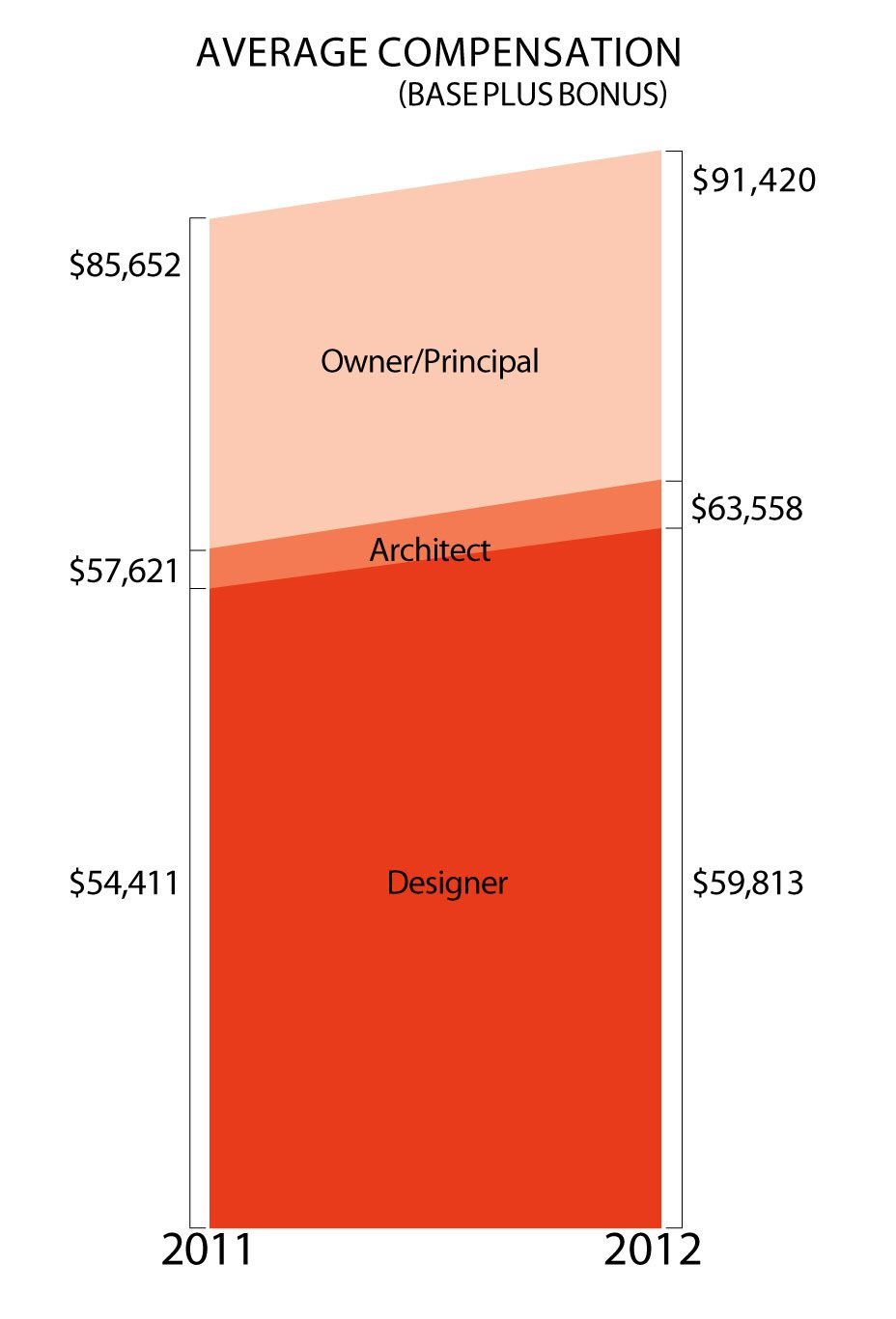 Those are the figures for respondents who gave us actual salary numbers; most, however, answered the more general questions involving pay raises, which gave less robust, if still positive, salary movement. The breakdown for these participants: 46 percent got a raise in 2011, with an average bump of 3 percent. Not too exciting. But if you drill deeper, you see that of those who got a raise, 64 percent scored one greater than 3 percent. In fact, 21 percent saw raises of 10 percent or more.

Possibly the most positive stat: 78 percent of all raises were rewards for job performance. That’s a big sign that business has finally improved enough to allow management to compensate extra effort. Another nice sign: Only 30 percent expect no raise this year, and a token 4 percent expect a pay cut.

Compensation isn’t all about salary, of course. We looked at health insurance, vacation time, and perks for full-time employees. Some 79 percent of firms offer paid vacation, 70 percent give paid sick leave, 74 percent offer medical insurance, and 62 percent offer dental and vision. Considering that 84 percent of respondents are full-time employees, a significant number of them are not receiving what were once thought of as common employment benefits.

Retirement savings is a coin-flip: Half receive a 401(k) offering, half don’t. (True to the corporate trend of eliminating pension plans, only 13 percent of workers currently have access to one.) The ratio is the same for company sponsored life insurance, and 44 percent of workers get disability insurance.

If business continues to improve, we expect to see even higher positive scores in subsequent surveys. But for now, if we asked for some adjectives to describe the current post-Recession climate, they wouldn’t be as, um, lousy. 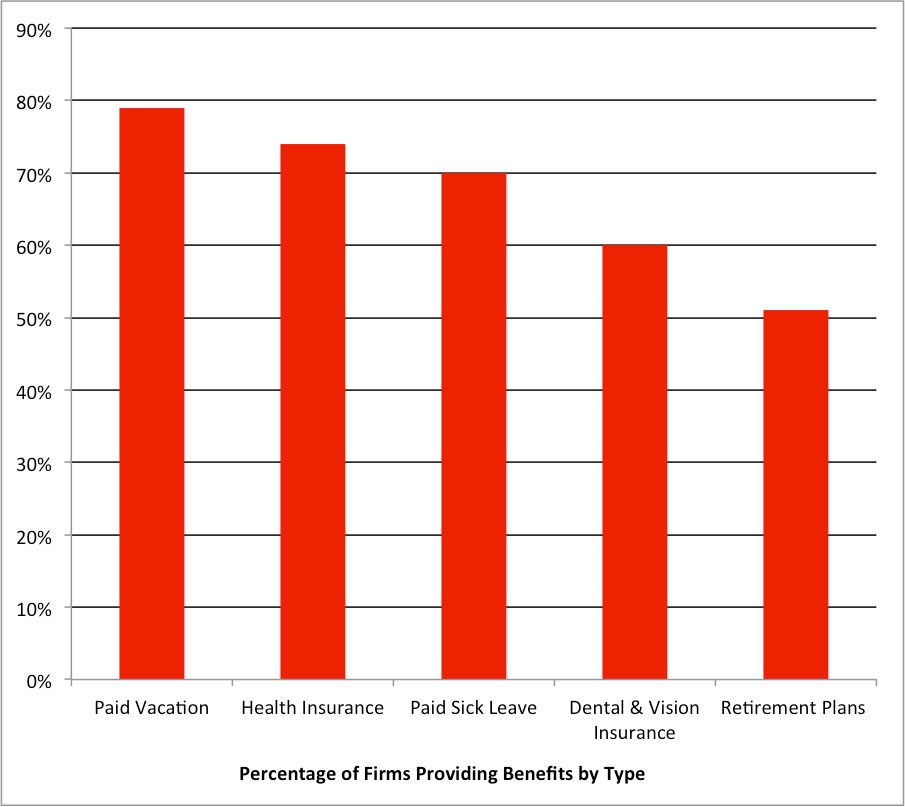