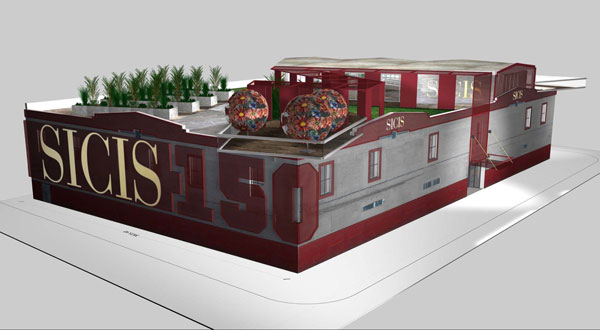 , known for its colorful glass mosaic tiles, has announced that it will expand its footprint in New York later this year. The company has purchased a 50,000-square-foot building in the South Bronx that is currently undergoing renovations, as well as a five-story townhouse at 240 Fifth Avenue in the city’s NoMad neighborhood. An American expansion at such a large scale is rare for any Italian manufacturer.


The two buildings will house its production facility and showroom, respectively. The SICIS Art Factory TownHouse showroom will display its collection of mosaics, furniture, jewelry, lighting, and other accessories and will host limited edition pieces. Meanwhile, the Bronx production facility will house archives of the company’s nearly 1,000 colors of tile materials and will serve as the official home of its North American operations. By the end of this year, the space will contain a factory where the public can watch as artisans make its kaleidoscopic array of glass tiles by hand.


“Everything we make is done by hand, except for the marble,” says Amy Tanenbaum, executive vice president of SICIS North America. “Right now we staff hundreds of mosaic artists. It’s like Willy Wonka’s Factory.”


Currently SICIS operates a factory in Ravenna, Italy, but due to product demand in North America, the company decided to increase its reach by expanding in New York. The company’s mosaics can be seen throughout the United States and include the flooring at the Wynn Las Vegas and Encore Resort, plus the Plaza Hotel and Trump SoHo spa in NYC.


“[With the opening of these two buildings], we are better able to speak to the American market,” Tanenbaum says. “We want to give people the chance to bring their dream designs to fruition.” 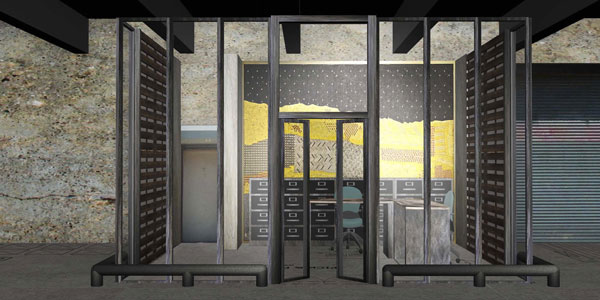