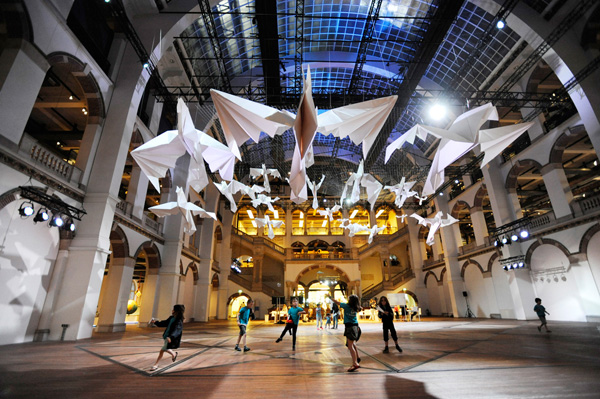 As the saying goes, inspiration can strike anywhere, anytime. We can be moved by an image, a story, a taste. But for

, his first spark came through a medium—paper, to be exact. At age five, he folded his first paper airplane, and the medium has held his attention ever since. For 15 years, his attention centered on paper planes, but as he ran out of designs, he turned to the Japanese art of origami. Not content with the traditional handheld creations, his pieces include such behemoths as a life-sized white elephant.


His latest project focuses on the most recognizable form in origami, the crane. A flock of paper avian creatures has roosted in the great hall of Amsterdam’s

and will remain there until August 31. The artist folded his birds into being from sheets of paper 9 to 18 feet square. Some of the wingspans stretch 13 feet across. Visitors to the museum are invited to make their own paper—and though they won’t be as large, creations to add to the herd. Suspended by wire from the ceiling, the cloud of birds is sure to spark inspiration anew. 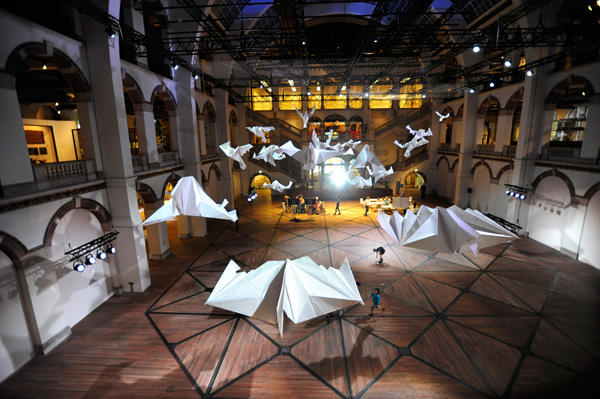