SmithGroupJJR will collaborate with builder Skanska on a new six-story, 150,000 square foot headquarters for the District of Columbia Water and Sewer Authority. The $60 million project will incorporate the existing O Street Pump Station alongside the Anacostia River in Southeast DC.

“Just as the adjacent Beaux Arts pump station is a carefully crafted building of its time, the new headquarters expresses the zeitgeist of our time,” says Sven Shockey, SmithGroupJJR’s Washington, DC office design director and principal for the project, “the idea that buildings can reference environmental stewardship and be responsive to its natural and man-made context.” 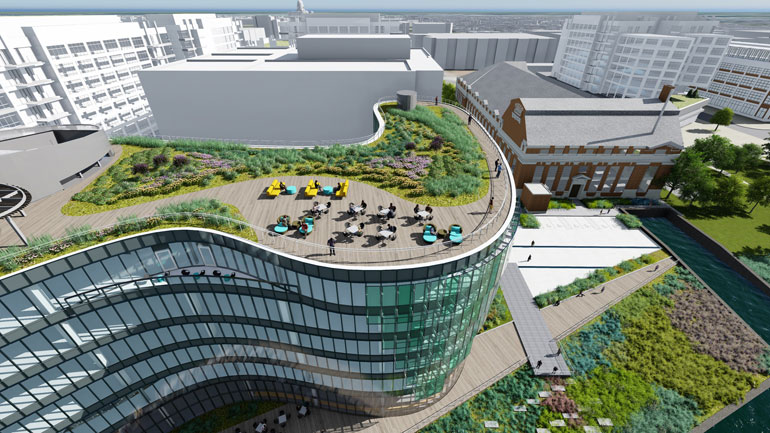 Not only is the new headquarters anticipated to achieve LEED Platinum certification, it will utilize an innovative heating and cooling system in which wastewater will provide thermal energy to condition the building. Two-thirds of the city’s sewers pass through the site’s underground infrastructure, offering what SmithGroupJJR characterizes as a “virtually uninterruptible supply of thermal energy,” for what the firm says is the country’s first commercial use of the technology.

Construction of the DC Water Headquarters is slated to be completed next year.