Italian homewares designer Alessi is known for superbly uniting form and function in its everyday items commissioned from top designers. Second to its salable goods, the brand is known for its eponymous museum of applied arts and design. The Alessi museum’s robust collection has documented Italy’s rich history of contemporary applied arts and object design. It includes drawings, catalogues, photographs, prototypes, and objects curated from the perspective of the brand’s design research, including the work of over 1,000 designers from numerous other companies that range from Molteni to Ferragamo and Fila.

In celebration of two decades spent championing excellence in Italian design, the museum’s extensive work is highlighted in a design-focused film documentary premiering today in Brussels. Titled NEWMUSEUMS, the film focuses on the role of company-owned and operated museums in documenting creativity and design. The film was produced by Museimpresa, a collective of Italian museums and business archives that promotes the creative work of companies who have contributed to Italy’s history and culture.

“[Museimpresa] is a special cultural phenomenon that represents a formidable view of Italian contemporary story and culture,” says Francesca Appiani, curator of the Alessi Museum. “The movie, directed by Francesca Molteni, describes Italy by the culture of its companies, which merges humanistic and scientific knowledge. To tell these stories between present and future, museum directors, curators, and also architects, artists, and musicians were interviewed, providing an original and maybe unexpected portrait of Italy.” 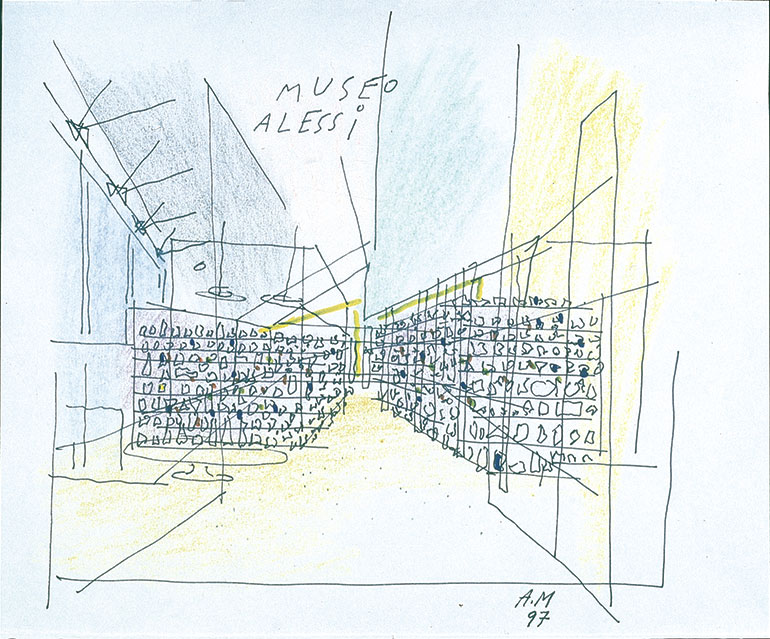 While screenings for the newly-premiered film are on an invitation-only basis for now, you can watch the trailer, below.