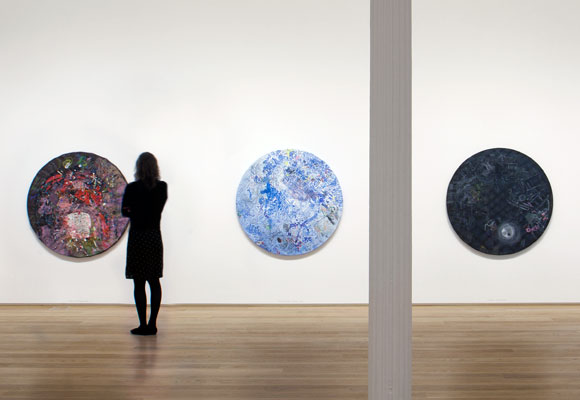 The Guillermo Kuitca exhibition on display in a gallery. Photography by Cathy Carver.

A 35-year-old New York institution, the

ended its eight-year quest for a new building at the very spot where its search began—in its longtime home in the city’s SoHo neighborhood. 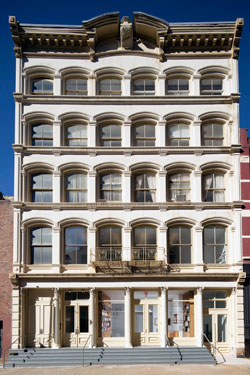 The compact museum, which previously occupied two buildings until it closed in July 2011, reopened last week following a $10-million gut renovation that united all the museum’s functions under one roof at 35 Wooster Street. There’s now 50 percent more space—4,733 square feet—in which to show artwork.

“The job became less about curved walls and traditional bells and whistles in civic architecture and really became about what can you do to make this incredible space to look at art,” executive director Brett Littman explains. Claire Weisz, founder and principal at

, headed up the design work.

The result is sleek, bright galleries where the drawings takes center stage. A combined entry and bookstore leads to a main gallery bisected by fluted Corinthian columns where LED lighting casts a soft glow on the artwork. A second smaller exhibition space is fitted with a skylight allowing for shows lit by natural light. Offices are on the second floor. Below ground is a spare combined educational and gallery space reached by a stunning white oak staircase.

Initially, the Drawing Center’s staff and board opted for new structure. But after two attempts to find a spot failed—first at the World Trade Center site and later near South Street Seaport—the decision was made to stay put. That spared the Center roughly $55 million in building costs and a jump from $1.8 to $6 million in projected operating costs, Littman says.

Ultimately, though, the SoHo cast iron structure sold itself to Littman and the board. “We realized how beautiful the space really was,” he says, reflecting on the long journey home. 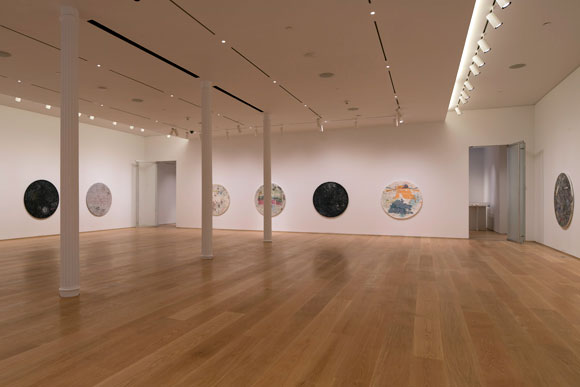