The Impact of Mark Pollack

Design director since he cofounded his company in 1988, textile visionary Mark Pollack announced he’d be stepping aside, and vice president of design Rachel Doriss would be promoted to take over his responsibilites at Pollack. Don’t panic. He’s still a co-owner and an active consultant. But no one can replicate his sophisticated eye for patterns and textiles. Here, six of his colleagues, including three collaborators from international mills, offer up the industry angle on his contributions… 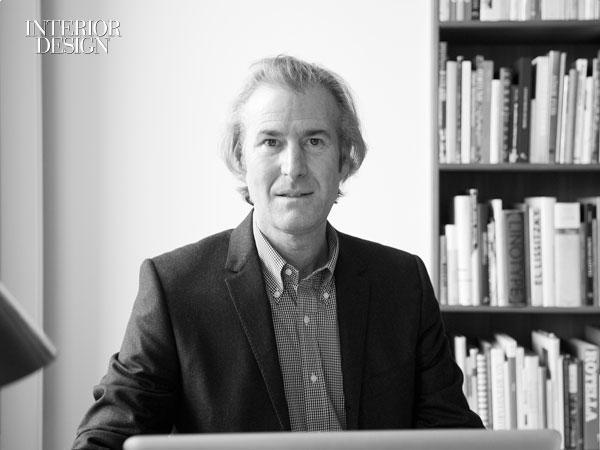 “Characteristically, I rarely encounter Mark at trade shows or industry related events, but inevitably, on the streets of Manhattan or some European capital at flea markets or antique shops or art fairs doing what Mark does best, cultivating a refined eye which he can then apply to his métier. Mark is a born curator who happens to have chosen a profession as textile designer, and in such, his “collection” is a true collection, built layer by layer, facet by facet until it has achieved a sense of balance and completeness which reflects a seemingly unintentional yet entirely orchestrated point of view. We don’t think of those in our industry as competitors, but rather compatriots, each with a voice, and among these, Mark consistently remains our most respected fellow. We truly appreciate his contribution to the elevation of this medium, and we will miss him. We remain puzzled by his decision to move to the Catskills to take up comedy.” 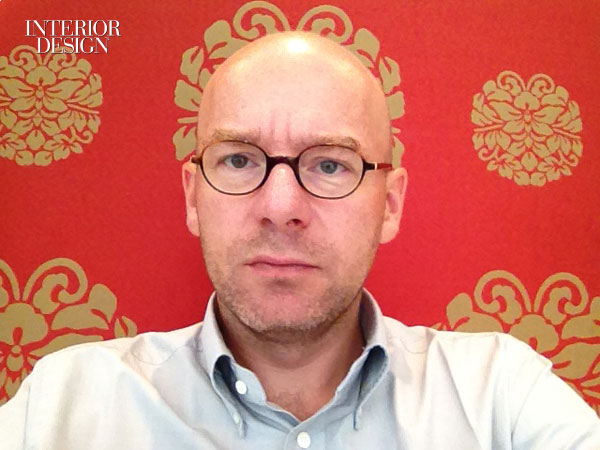 “For a mill, Mark has always been one of the most interesting persons in the industry to work with. Rather than being an obstacle to creativity, his unique knowledge and understanding of the weaves, textures and technical constraints have always been his strength to work openly and in true partnership with mill design teams to turn a two dimensional aesthetic concept into an amazing three dimensional piece of fabric. More than anyone, Mark knows textile is not a science and every new fabric brings its share of surprises and experiments (and yes we have had a few of them!!). I have immense respect for Mark, I learned a lot thanks to him and am grateful for having had the honor to be working with him. There is of course so much more to say that hopefully someone will soon write a book about his involvement and tribute to textile and interior design.”

—Benoit Leclercq, from a mill in France 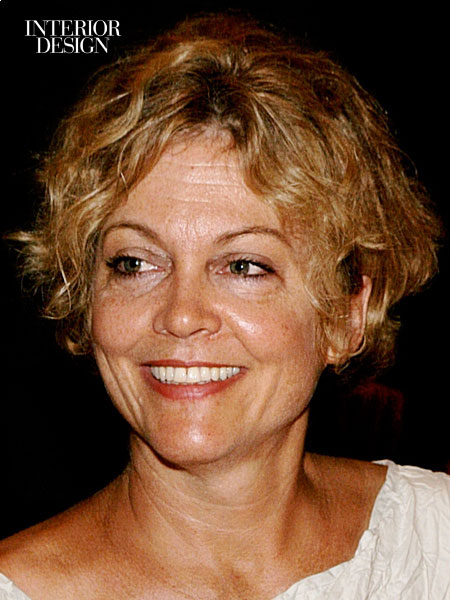 “I have been asked to write something in celebration of Mark Pollack and his work. An easy task…Mark has delighted us for decades with his complex and exquisite textiles. As I began to write, suddenly, the movie “Being John Malkovich” popped into my head. I realized that I wanted to spend a day in Mark’s brain to see how he so beautifully navigates the art and science of his craft. How does Mark think so clearly in three dimensions to create textiles that are like small architectural masterpieces, binding warp and weft together in so many complicated relationships that they defy analysis. Mark doesn’t merely design textiles, he constructs them from the ground up. I have often heard Mark’s mill collaborators marvel at his skill and his precision–a design received from Mark is a work of art in and of itself. Sadly, Mark must already be on holiday, because I do not find any archives in his brain. Surely he is on to his next adventure. I wish him well and look forward to hearing more.” 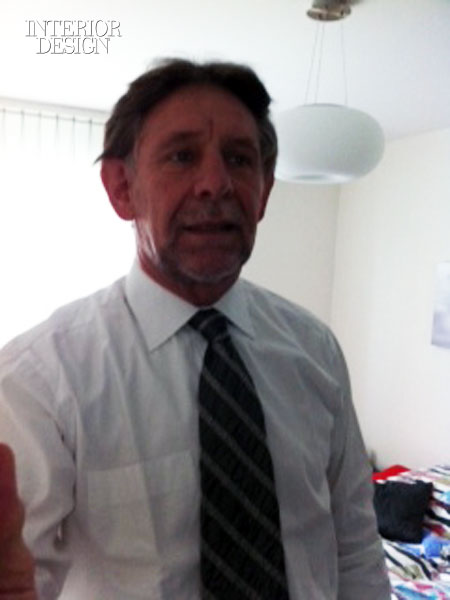 “What a surprise when I got Mark’s email about stepping down as a design director of Pollack. He never mentioned a word that it might happen soon. Knowing Mark as a supplier of sheer fabrics since he has established his own business I always loved to work with him although he was a big challenge for all suppliers as he wanted to know every detail of a fabric he was interested in, any possiblities in yarn variations, coloring, and finishing. In my opinion Mark has set some new standards in the U.S. home furnishing market. I know that whatever he does next, it will be done with vision, rigor, precision and a dedication to making something beautiful for the rest of us to experience. Mark, thank you for many decades of inspiration and viewing pleasure. I am proud to call you my friend.”


—Hans-Jörg Graf, from a mill in Germany 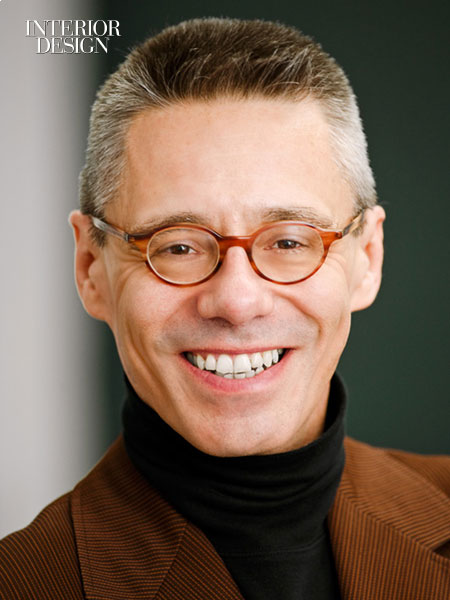 “Mark has been enormously important for the Alpha Workshops. He believed in it, early on, and he demonstrated that in every possible way. He launched our first license, translating Alpha’s designs with great sensitivity to the originals and using his encyclopedic knowledge of the process of making textiles. It changed our lives; he changed our lives. I always tell people that we were the same organization the day before and the day after the first collection was launched – except in the eyes of the world. To be able to borrow on Mark and Pollack’s credibility changed how we were perceived by the design community. Mark went on to serve on the board of directors, and to be an active financial supporter, as well as a friend who introduced us to his friends and colleagues. He also came to Alpha on a bi-weekly basis to teach a group of staff and students to weave. Alpha went on to produce several commissions of hand weaving. Then he launched a second collection of textiles, Alpha POLLACK. Mark was one of five honored the first time we presented the Alpha Awards. We felt that Mark embodied the reason for the awards, so fully had he demonstrated his commitment to its mission and practice. Mark has been and continues to be a great gift to the Alpha Workshops, and a treasured colleague of mine.” 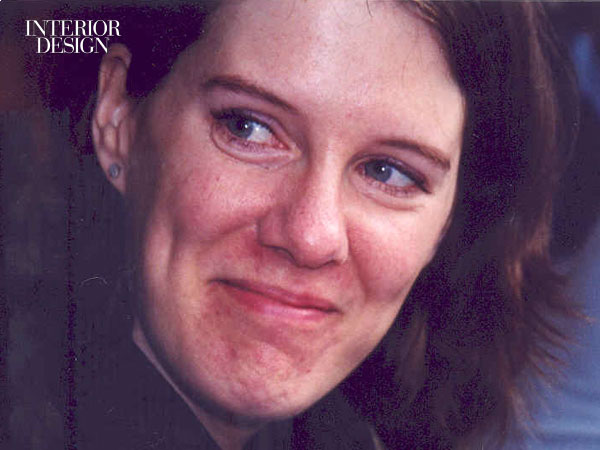 “Mark Pollack unknowingly educated an entire generation of textile designers, just by being himself. Working at a mill, I am one of the lucky designers who has had the opportunity to learn from Mark first hand. Such talent, creativity, and grace. Such an intimate understanding and respect for the craft of weaving. Such a rare and special person. We are all better for having worked with Mark.”


—Joy Alaoui, designer at a mill in France