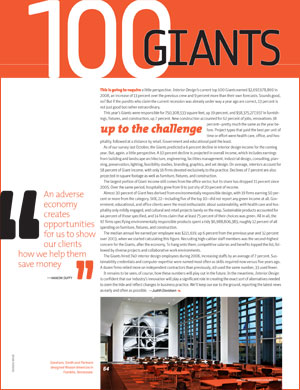 This is going to require a little perspective.

‘s current top 100 Giants earned $2,697,678,869 in 2008, an increase of 13 percent over the previous crew and 9 percent more than their own forecasts. Sounds good, no? But if the pundits who claim the current recession was already under way a year ago are correct, 13 percent is not just good but rather extraordinary.


This year’s Giants were responsible for 750,308,533 square feet, up 19 percent, and $58,375,277,937 in furnishings, fixtures, and construction, up 7 percent. New construction accounted for 62 percent of jobs, renovations 38 percent—pretty much the same as the year before. Project types that paid the best per unit of time or effort were health care, office, and hospitality, followed at a distance by retail. Government and educational paid the least.


As of our survey last October, the Giants predicted a 6 percent decline in interior design income for the coming year. But, again, a little perspective. A 10 percent decline is projected in overall income, which includes earnings from building and landscape architecture, engineering, facilities management, industrial design, consulting, planning, preservation, lighting, feasibility studies, branding, graphics, and set design. On average, interiors account for 58 percent of Giant income, with only 16 firms devoted exclusively to the practice. Declines of 7 percent are also projected in square footage as well as furniture, fixtures, and construction. 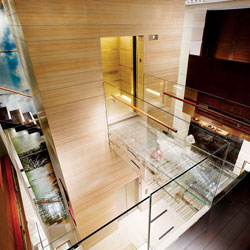 The largest portion of Giant income still comes from the office sector, but its share has dropped 11 percent since 2005. Over the same period, hospitality grew from 9 to just shy of 20 percent of income.


Almost 30 percent of Giant fees derived from environmentally responsible design, with 19 firms earning 50 percent or more from the category. Still, 22—including five of the top 10—did not report any green income at all. Government, educational, and office clients were the most enthusiastic about sustainability, with health care and hospitality only mildly engaged, and cultural and retail projects barely on the map. Sustainable products accounted for 44 percent of those specified, and 14 firms claim that at least 75 percent of their choices was green. All in all, the 97 firms specifying environmentally responsible products spent a tidy $6,988,806,383, roughly 12 percent of all spending on furniture, fixtures, and construction. 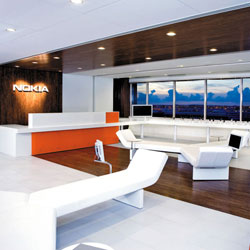 The median annual fee earned per employee was $221,619, up 6 percent from the previous year and 32 percent over 2003, when we started calculating this figure. Recruiting high-caliber staff members was the second-highest concern for the Giants, after the economy. To hang onto them, competitive salaries and benefits topped the list, followed by diverse projects and collaborative work environments.


The Giants hired 740 interior design employees during 2008, increasing staffs by an average of 7 percent. Sustainability credentials and computer expertise were named most often as skills required now versus five years ago. A dozen firms relied more on independent contractors than previously; 49 used the same number; 33 used fewer.


It remains to be seen, of course, how these numbers will play out in the future. In the meantime,

is confident that our industry’s innovation will play a significant role in creating the exact sort of alternatives needed to stem the tide and reflect changes in business practice. We’ll keep our ear to the ground, reporting the latest news as early and often as possible.

See all the Giants rankings


Firms with the Most Foreign Projects