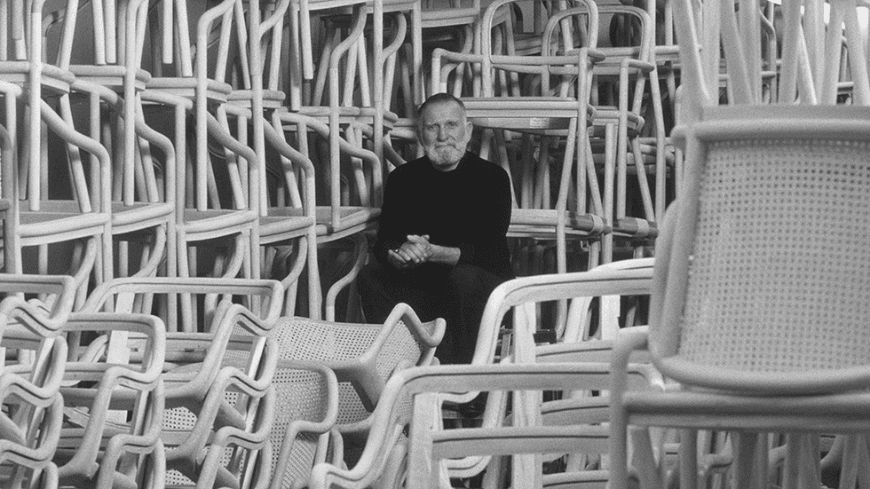 Quite simply, there is no area of art and design in which Ward Bennett was not involved. His career evolved from his teen years onward, when he left home at thirteen and began traveling at sixteen. Travel was continually a prevailing influence on his work. Early on, he undertook various studies in the fine arts, including drawing at the Porto Romano school in Florence and in Paris with Brancusi, painting in New York with Hans Hoffman and sharing space at the Clay Club with Louise Nevelson. His sculpture was exhibited at the Whitney Annual of 1944.

Best known for his interiors, Bennett’s projects included residences in New York, London, Venice and Rome, as well as his own quarters – a Manhattan apartment atop the Dakota, a country house in Long Island and a flat in Paris. In the commercial category, his works encompassed a national network of showrooms for Brickel, projects for Chase Manhattan Bank and consultant plans for the Solow Building Corporation.

In 1963, he began a collaboration with Brickel Associates, designing first furniture and later textiles. He was considered a prodigious designer of objects: china, glassware and silver for Tiffany and Company; flatware for Supreme; porcelain for Sasaki, and leather goods for Hermes. Bennett designs are well represented in the Museum of Modern Art’s permanent collection and in the Cooper-Hewitt Museum.