Weiss/Manfredi Brooklyn Botanic Visitors Center to Open in May 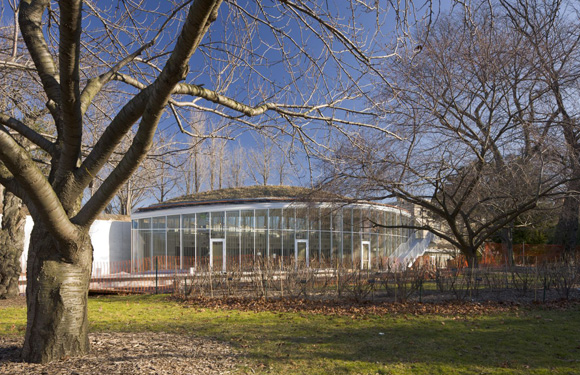 is experiencing a growth spurt. The 52-acre urban eden, located in the heart of the urban New York borough, will open a new visitors center on May 16. The building, designed by

, is a synthesis of architecture, landscape design and ecology—it’s aiming for a LEED Gold certification. The 20,000-square-foot sinuous structure, almost two blocks long, is completely integrated with the landscape; literally embedded into an existing hillside. Its shape evokes the garden’s winding pathways—designed in 1910 by the

. “There’s an element of seduction,” says Michael Manfredi. “You never see the building in its entirety. It’s building as topography; the roof curves and walls twist.” 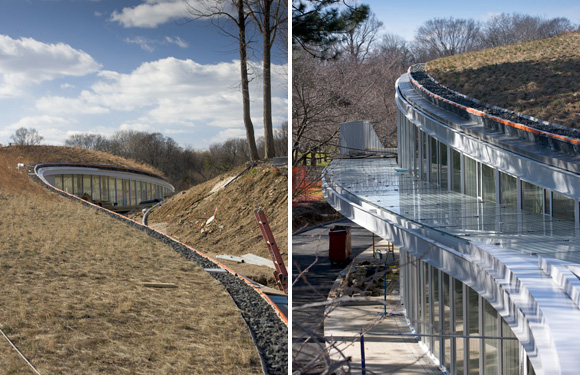 The structure has two roofs: one is covered in pleated copper, echoing the roof of the garden’s landmark McKim Mead and White Administration Building. The second one is planted with a nearly 10,000-square-foot garden, covered with 40,000 grasses, spring bulbs and perennial wildflowers. “The roof is now like a planted hillside, experientially enfolding,” says Marion Weiss. “It’s chameleon-like; it changes at different seasons like a mobius strip.” Recycled fritted glass envelops the frame; the interior wood paneling is milled from wood harvested from the gingko trees that stood on the building’s original site. Additionally, the building has 28 geothermal wells installed along the pathway, which are visible to public. 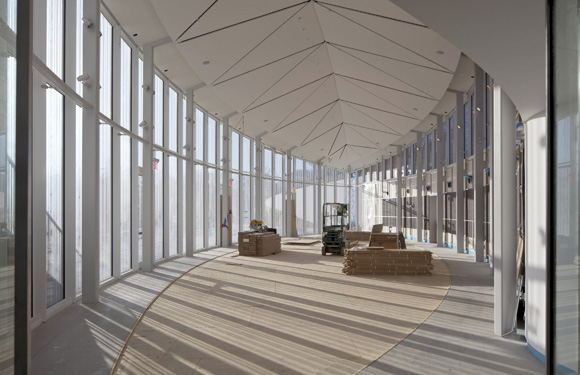 The interior of the building includes an orientation gallery, garden shop and an event space overlooking the garden which will be landscaped with nearly 60,000 plants including cherry sweet bay and black gum trees, viburnums, native roses and water-loving rain garden plants. The project took seven years to complete, but says Manfredi, “It’s not a bad thing to go slowly. It gives you time to plan ahead.” 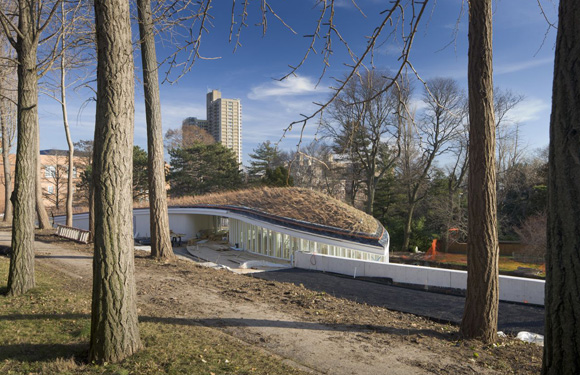