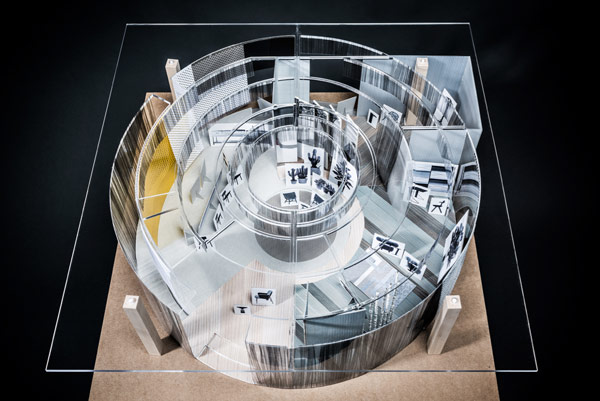 A model of Das Haus 2016. Photography by Lutz Sternstein/Koelnmesse.

A friend in a wheelchair and the yurt inspired Sebastian Herkner ‘s vision of the house of the future. The young German designer’s home simulation—which will debut as “Das Haus—Interiors on Stage” at the next edition of annual furniture fair IMM Cologne , January 18-24, 2016—is round like the traditional yurt tent, transparent, and handicap-accessible.

Herkner—who launched his namesake firm in 2009 and quickly broke on to the scene with products such as the Bell table for Classicon , the Oda lamp for Pulpo , and the Coat armchair for Moroso —conceived the house to be as open as possible. “You can reach all areas through the courtyard in the center,” he told press gathered for the unveiling of his preliminary models in Frankfurt this week. 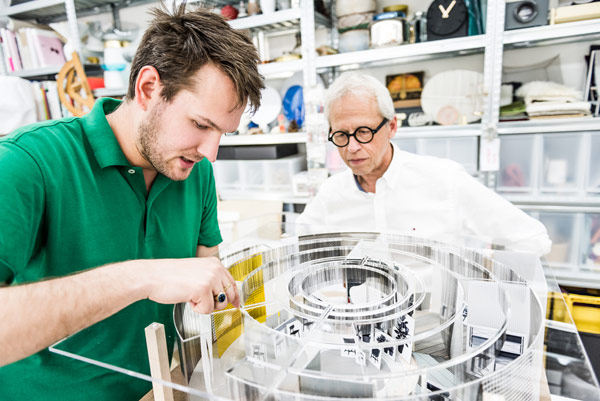 PVC panels will clad the exterior of the house, while a ring-based system of moveable curtains will divide the living and dining areas. The designer explains, “Textiles, layering, mixing materials is very important.” The curtains will consistently provide a peek into the next living area, either by being semi-transparent or through a gap at the ground, as well as a view out onto the tradeshow floor. For more privacy, a rectangle of etched glass will enclose the bedroom and the bathroom—the only departure from the circular geometry.

Furnishings, most by Herkner, will consist of both existing and new products underway specifically for the home—among the latter are an outdoor collection from Dedon , a room divider from Rosenthal , a chair from Linteloo , and lighting from Pulpo.

Launched in 2012, Das Haus occupies 2,200 square feet of Pure Editions Hall 2.2 at IMM Cologne. Among previous “Das Haus” simulations are the lush plant-filled home by Luca Nichetto (2013), the home with the legendary extra-large bed by Louise Campbell (2014), and the home with a cavern of rooms inspired by Shanghai lane houses by Rossana Hu and Lyndon Neri (2015). 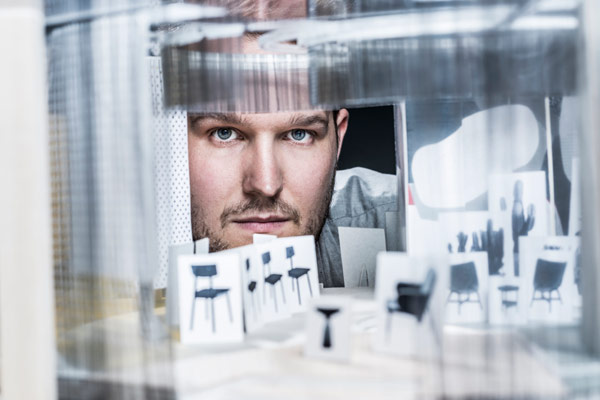 Herkner with his model of Das Haus 2016. Photography by Lutz Sternstein/Koelnmesse.