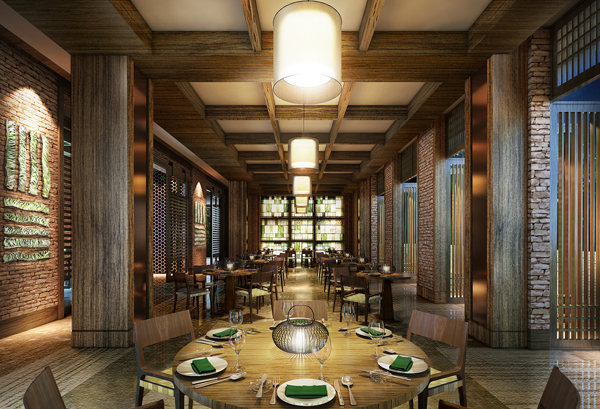 has announced an official partnership with

, a leading architectural and engineering design firm based out of Shanghai and affiliated with

. Together, the two companies will become one of the largest design firms in the world.


Forming a partnership was a logical step for these two leading global companies, which have collaborated together in the past on numerous projects, including the Doubletree by Hilton Luneng, Renaissance Sanya Resort & Spa, Hyatt Regency Chongming, The Ritz-Carlton Wuhan, and Sofitel Shanghai Jing’an Huamin.


Olivier Chavy, president and CEO of Wilson Associates, says one of the benefits will be an increase in market share in Asia. “It will allow our team to have access to projects they wouldn’t have had before and gives us the opportunity to express our talents in new niches,” he says.


New niches include high rises, an ECADI staple, as it has designed five of the world’s tallest buildings, including Wuhan Greenland Center and Shanghai World Financial Center, both of which are located in China.


Despite the partnership, Chavy confirms that Wilson Associates will continue to be headquartered in Dallas and will maintain its satellite offices around the globe. Notably, this week the firm officially opened its Middle East and Africa (MEA) regional office in Dubai, UAE. The Dubai office joins the firm’s other key global offices and will support existing projects in the Middle East and Africa, while developing new projects in a region witnessing an unprecedented boom in premium hospitality project development.