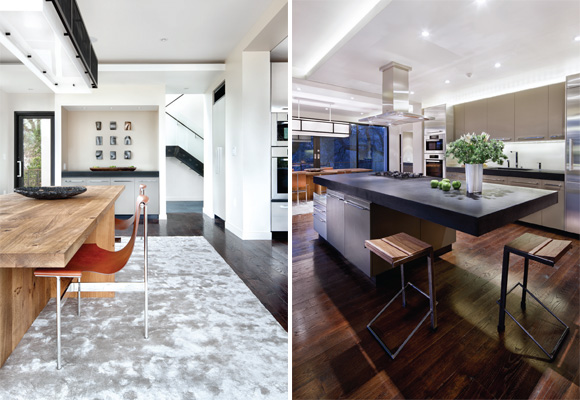 , is honoring five projects this year, all of them by ASID members active of the design-education community. Open exclusively to ASID Professional Educators and ASID Allied Educators (those with a minimum 50-percent academic post in the U.S.), the prize recognizes practitioners who also double as teachers in colleges and universities across the country.

Leading off the honorees for 2012, design team Diane Alexander and Rex Spencer—both of the

—got the nod in the Commercial Design category for a project titled “Born Again Zen.” An office interior with a mellow Asian ambiance, the design makes extensive use of reclaimed stone and low-energy lighting to create a subdued effect that’s also eco-friendly.

The competition for the prize’s other prime category, for Residential Design, ended in a split decision. Society members Diane Alexander, Commercial Design winner, and

, of the University of Texas, were named co-winners—the former for a playful, colorful interior titled “Meet Knox,” the latter for “Mountain Villa,” a Bauhaus-inspired renovation of a 4500-square-foot residence built in the 1980’s. Honorable mention also went to California’s