Dining at the Intersection of Architecture and Cuisine 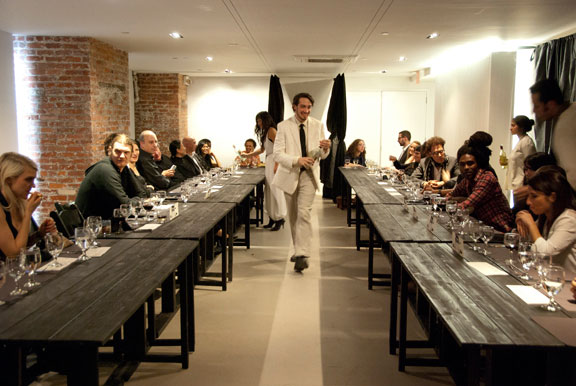 showroom in New York last week. Guests of “A Dinner in Six Acts” looked around the room in confusion. The space was cloaked in a maze of black taffeta curtains –  a cryptic invitation had promised a “gastronomic architectural performance.” No one in the crowd quite knew what they were getting into.

A meal – a ritualistic one – began. Each person analyzed the first course’s gelatinous square, described on the menu only as “a savory section.” 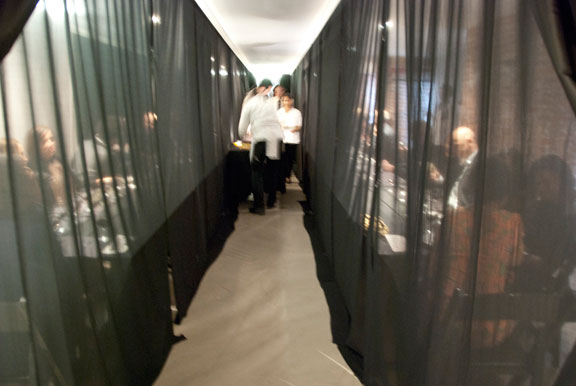 As the first course came to an end, one of the perimeter’s dark curtains was moved aside. Through the sheer fabric, guests could just make out additional diners separated by a large gap between two long communal tables facing one another. By the end of the second course, another curtain was removed. The sense of some eccentric social experiment began to emerge. 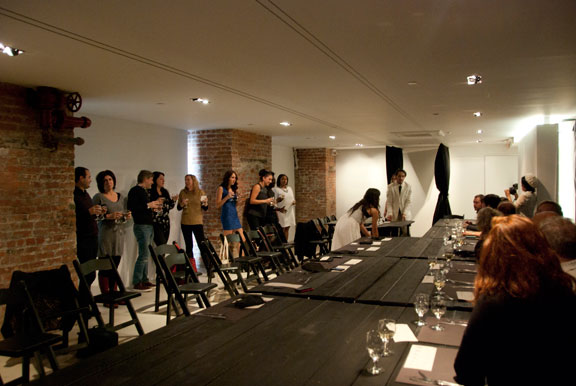 With each new course, the environment changed as perplexed patrons were moved closer and closer to one another. By the fifth course, the tables had been combined into one and were shrinking to the narrow width of a plate, then a wine glass. In between, everyone was encouraged to share a black sesame, banana, and calamansi-lime layer cake with the stranger across the way.

The creator of the event,

, finally explained the night to the group, saying, “I wanted to explore the intersection between art and architecture, creating a changing interaction between people and food and people with each other.” “A Dinner in Six Acts” was her third exploration of this idea. 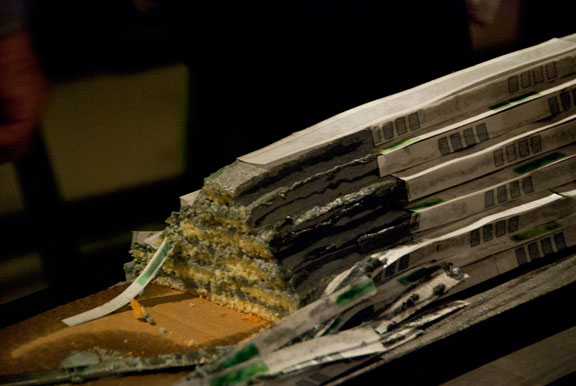 The architectural conceit of the “section” was cleverly infused into each dish as the servers brought forth terrines, sliced roulades, striped ravioli, and layer cakes throughout the evening. The chefs were Robert Truitt (Executive Pastry Chef of the

It made for a dining experience unlike any other, demonstrating the close relationship between dining, social interaction, and space. 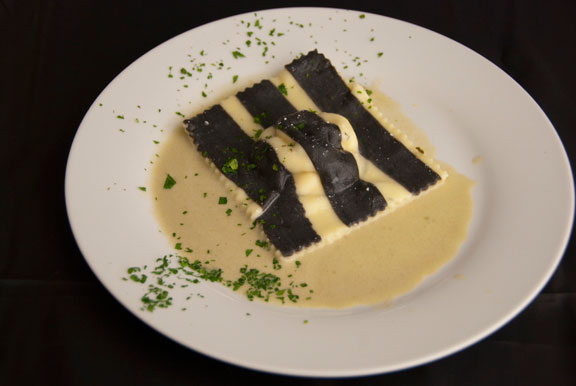 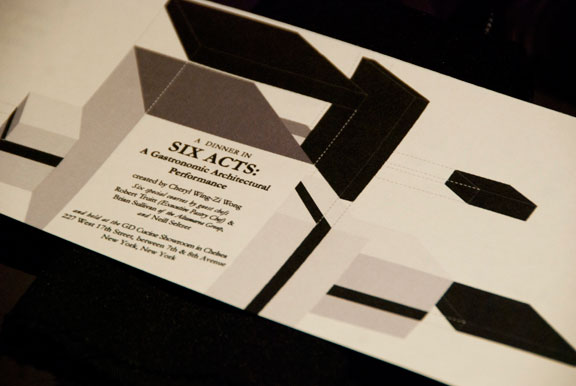