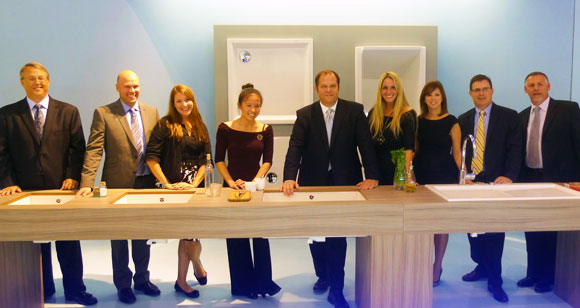 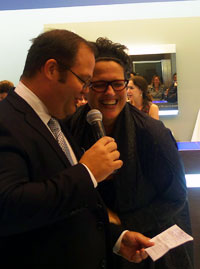 Tuesday night marked the kick-off of

’s Design Week, a three-day celebration with discussions, food, films, and cocktails. At the Duravit showroom,

partnered with the company to put on a tasting of nearby restaurants. Tim Schroeder, president of Duravit USA, announced to the crowd, “When we first moved here, there wasn’t much. In fact, we thought of calling the area Little Hornberg after our headquarters in Germany. But in the last couple years, it has become the booming NoMad area.”

Guests were offered tastes from three local restaurants: Millesime, SD26, and Ilili. As servers milled around the room,

editor in chief Cindy Allen and Schroeder quizzed the group on magazine trivia. Those who answered correctly received $100 gift certificates to one of the three restaurants. When asked about the event, Schroeder responded, “This is our third year having Design Week. Our challenge as a brand is that we introduce so many new products that we could potentially throw a party every week.” If only.


Caption, above left: Tim Schroeder and Cindy Allen pepper the crowd with questions 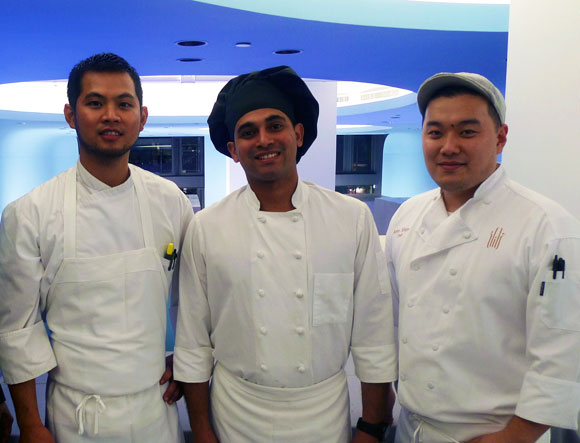 Duravit also took the opportunity to introduce two new products – a remote-control toilet and a line of kitchen sinks. Other events for this week include a film and trivia night on Wednesday and a panel discussion on Thursday. 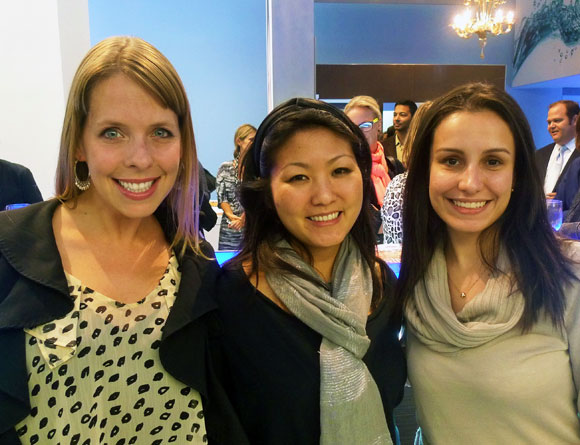