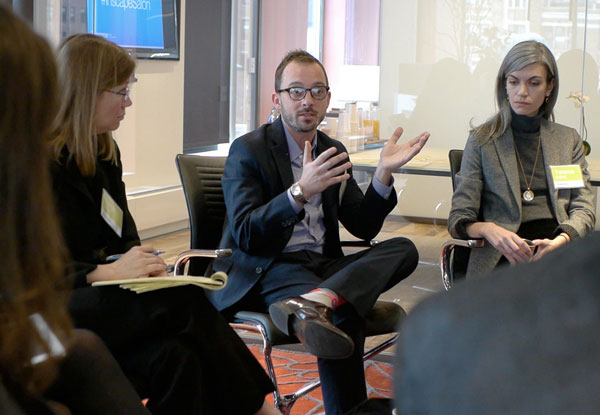 This week in New York,

discussions. Marked success has allowed the Falconer, New York-based company to expand the program, with series in Toronto, Boston and Washington on the horizon for this spring.

Held in the company’s New York showroom, this week’s 40-person salon focused on “The Yahoo! Debate,” asking designers, architects and strategists to explore

that nullified employees’ work-from-home arrangements. “The memo responds to a feeling that the company has lost control—it shows no confidence in their people,” says anti-memo debater Justin Mardex of 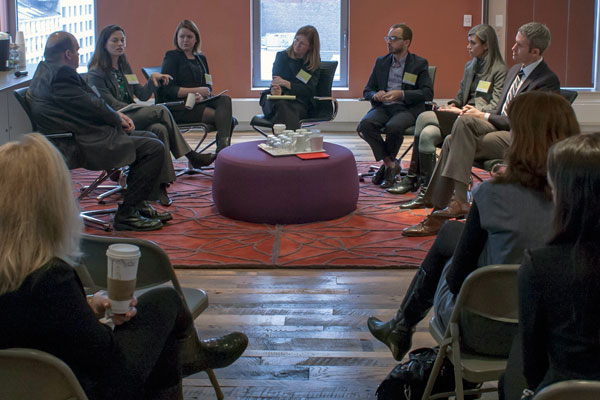 After talk from both sides over how the memo illuminates some of the internal problems at Yahoo! that Mayer was brought on to solve, Brightspot’s Amanda Kross notes: “The core of being productive is getting people to be motivated at work.” How to motivate employees became the heart of the debate.

“What are you bringing them back to? Is the environment actually setup to do what they hope it will?” asks Mardex. Yelena Mokritsky of HOK adds, “Set incentives for people to choose to be at work and collaborate, so they feel it is the best place to be.”

“The busy workplace is not a dictate, it’s a symptom that a company is doing other things successfully, not the cause,” concludes Mardex. If Inscape continues to host lively events like this one, it’s surely a symptom that they—and the digital exchanges the salon builds upon—are doing something right. The next Workplace Salon will take place in Toronto on Wednesday, March 27, 4:30pm. 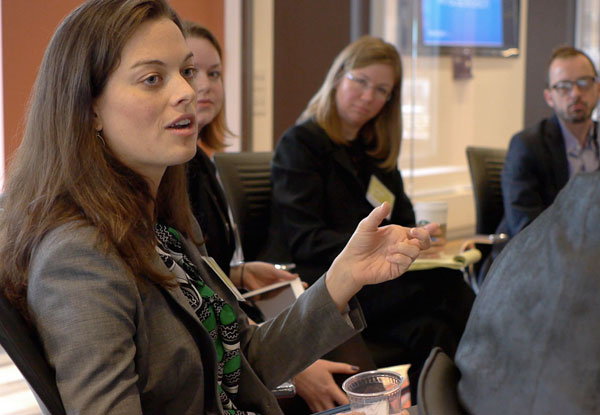