Originally designed by Shreve, Lamb and Harmon, the architects behind the Empire State Building, the

in New York’s Financial District recently underwent an extensive renovation, resulting in 442 glamorous apartments throughout its 27 stories, not to mention a roof deck, fitness center, and billiards lounge. Then, in a move that matched it’s impressive pre-war Art Deco pedigree, the company behind it’s renovation, developer TF Cornerstone, along with the building’s sales and marketing agent, Nest Seekers International, decided to host a design competition. 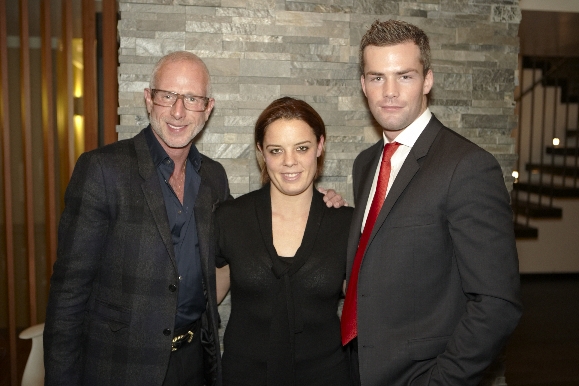 The pair interviewed over 50 young designers before selecting three, Jacquelyn Moore-Hill, and interior designer with the firm of

, Adam Greco, a recent graduate of the

an alumna of the

, to compete for $5,000 by creating a residence in the building within a month. First, the trio toured the building and three residences were chosen from a blind drawing. They were each given an hour to measure their space and take pictures. For the next three weeks, armed with budgets of $5,000 and daily access to the apartments, they selected everything from paint to furnishings, all the while filming themselves for the 99 John Deco Facebook page. After completing their designs, potential buyers and design fans toured the apartments and voted for their favorite designer on the building’s Facebook page, while

decided on the top design award. Drake announced his choice of Weatherbee’s crisp, modern space as the top design winner at an unveiling ceremony at the building on December 2, while fans weighed in for Moore-Hill’s playful mix of prints and patterns with the popular vote. Weatherbee received the $5,000 first prize for her efforts though Moore-Hill didn’t walk away empty-handed—she bagged a brand new iPad. 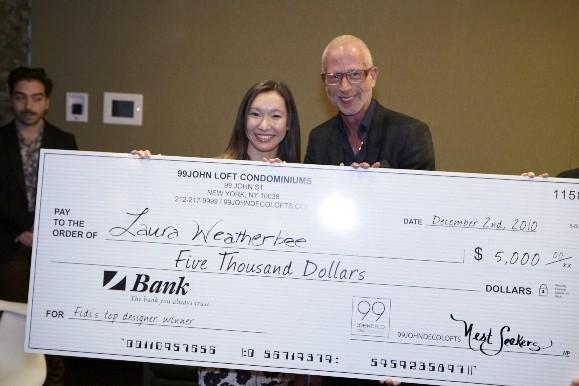 “We are continuously looking for ways to support the arts as well as bring the community together–this competition served as a great platform for Jacquelyn, Adam, and Laura, to showcase their talent,” says Scott Walsh, TF Cornerstone’s director of sales.