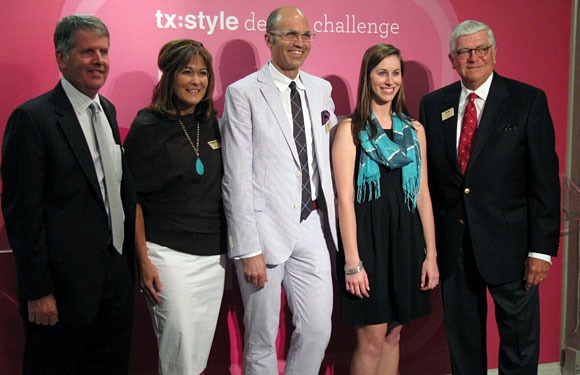 has announced the winners of its

. The annual competition saw over 500 designers submit patterns in two categories—one for designers with less than seven years in the field, another for those with more than seven years—which were then posted to Mannington’s website and voted on by some 35,000 viewers. The winner in the junior category is Sara Meier, for a glamorous floor covering fabric titled

. Says Meier, “This abstract design alludes to glitz and glam. It dances in the light.” Meier drew inspiration from vintage copies of

and mid-century modernism for this glimmering pattern shot through with shiny sub-tones in abstract shapes. 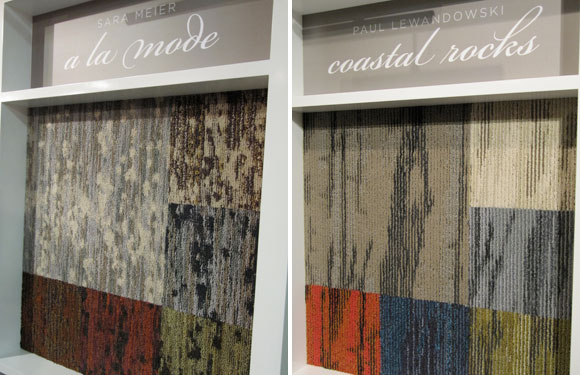 In the senior division, the winner was Paul Lewandowski for

, a pattern based—as its designer puts it—”on the striated basaltic rock found on the Maine coast,” near where Lewandowski lives and works as an architect with Portland-based firm

forms and colorways of this very organic floor covering. The winners will both be packing their bags for an all-expense-paid trip to

in Paris, in addition to scoring $6,000 in cash and a full Mannington product collection set to debut at NeoCon in 2012. 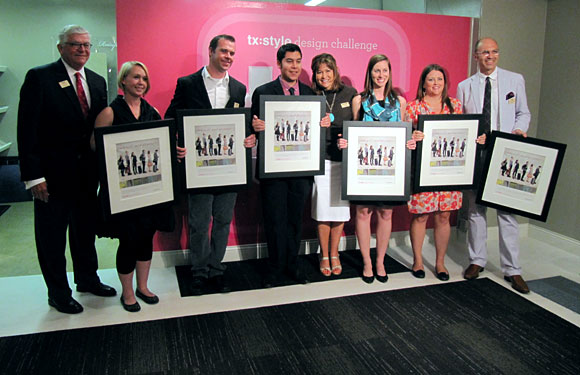