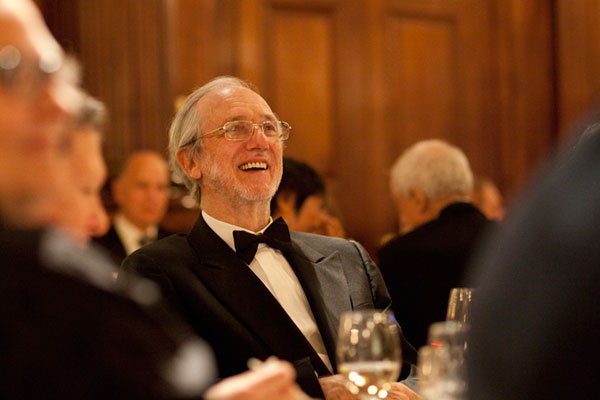 has bestowed its annual President’s Medal to Renzo Piano of

, the mind behind such iconic structures as Paris’s

(2012). Since the late 90s, the league has awarded exemplary individuals who have accomplished an “extraordinary body of work in architecture, urbanism, or design,” this year as determined by current president Annabelle Selldorf of

and the league’s board of directors.

Honoree Renzo Piano has been heralded as one of the most influential architects of our time. In New York City alone, his projects have included the renovation and expansion of the

. Continuing to make his mark on the city, he is leading the

Manhattanville expansion and the construction of the new

branch on Gansevoort Street in the Meatpacking District.

In front of an audience of 350, Lee Bollinger, president of Columbia University; Tom Pritzker, president of the Hyatt Foundation; and Adam Weinberg, director of the Whitney, celebrated the architect. Selldorf presented the medal with a citation that strived to sum up the man’s varied projects, calling Piano’s architecture a “series of inherent dualisms: discipline and freedom, memory and invention, nature and technology.”