When looking for a touch of je ne sais quoi, a walk on the wild side can do just the trick. In small features and major moments, a variety of animals make appearances in these 10 projects. 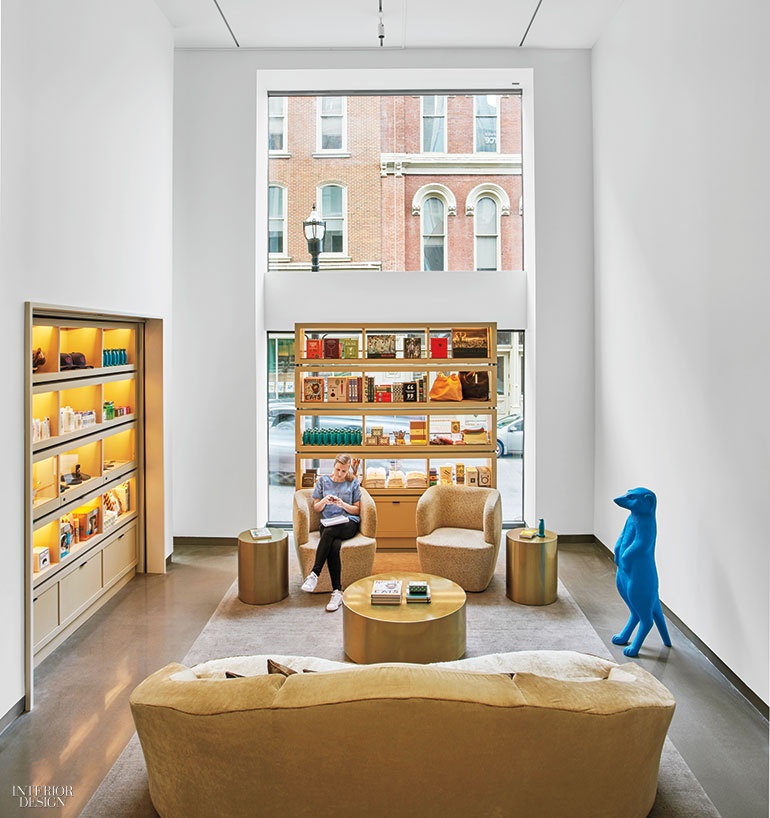 Across the South and Midwest, 21C Museum Hotels have multiplied like mini MoMAs. Pieces from the corporate collection rotate through the properties in the form of traveling exhibitions that attract local visitors as well, bringing vitality to emerging neighborhoods. Interior Design Hall of Fame member Deborah Berke and principal Terrence Schroeder respected the building’s history throughout the design process. Cracking Art‘s Meerkat accessorizes the lobby lounge. — Craig Kellogg

Read more about the museum 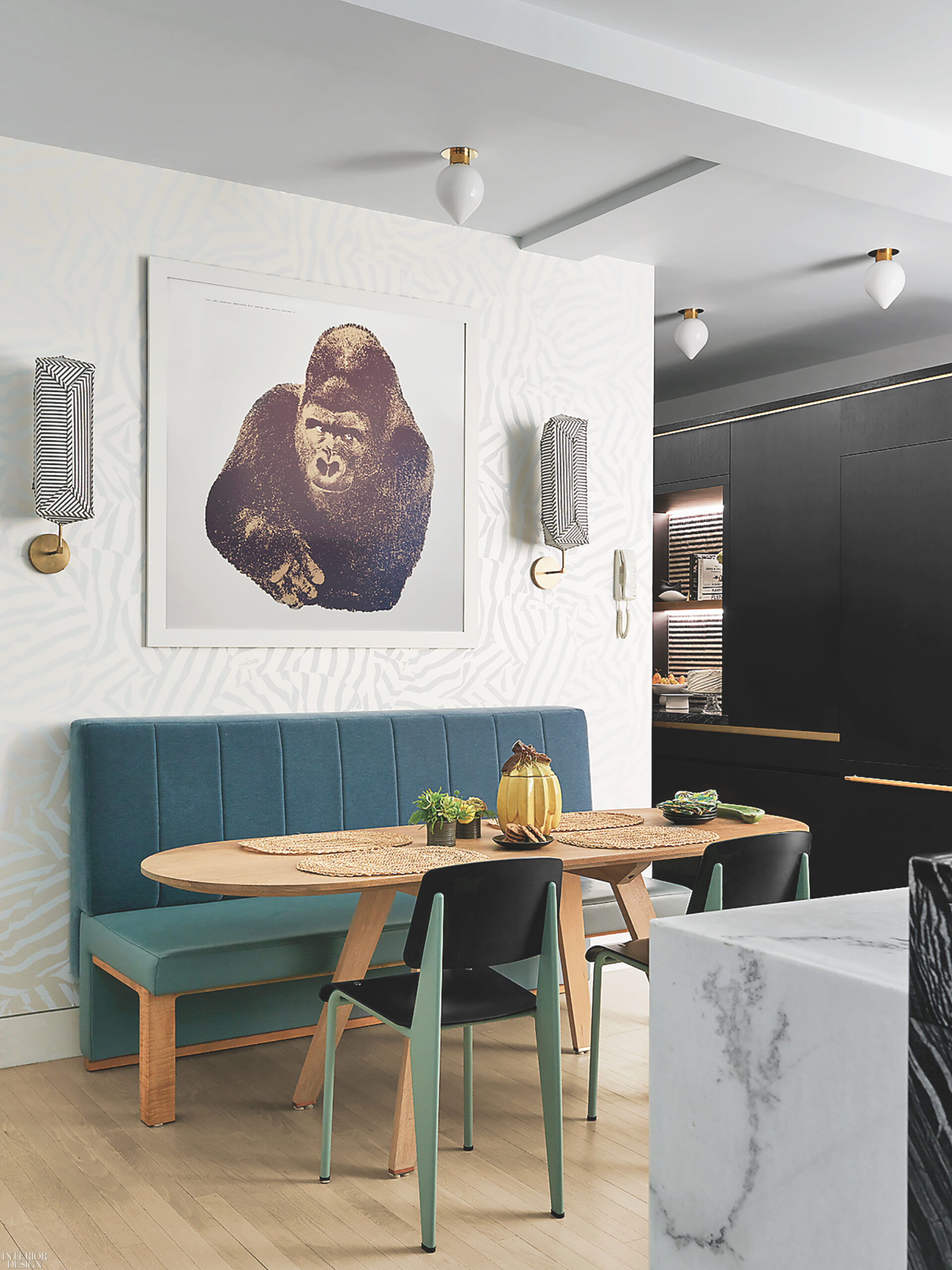 3. Organic Touches and Sleek Minimalism Find Harmony in an Upper West Side Apartment 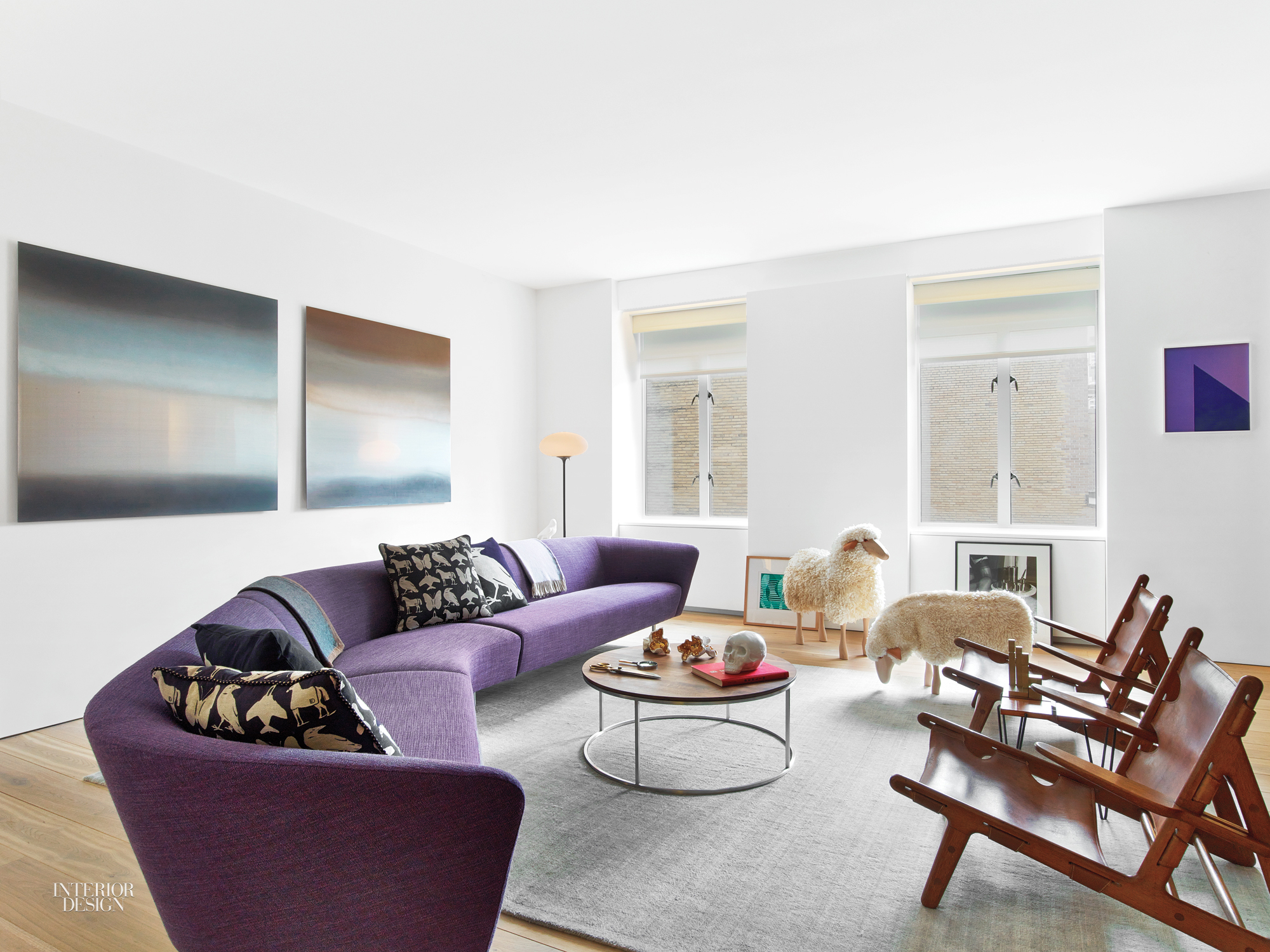 Messana O’Rorke kept the basic flow of the apartment’s original layout. The living area forms the heart of the L-shaped space, with the entry and kitchen on one side and the bedroom on the other. But rooms are now separated by what the architects call “containers”: sleek, high-efficiency enclosures concealing, well, just about everything—from bathrooms to books, clothes to flat-screen TVs—behind sliding or touch-latch doors. Pictured here, vintage oak-and-leather Børge Mogensen lounges join a pair of sheepskin perches by Hanns-Peter Krafft, handcrafted of beech with leather ears. — Jane Margolies

Read more about the apartment 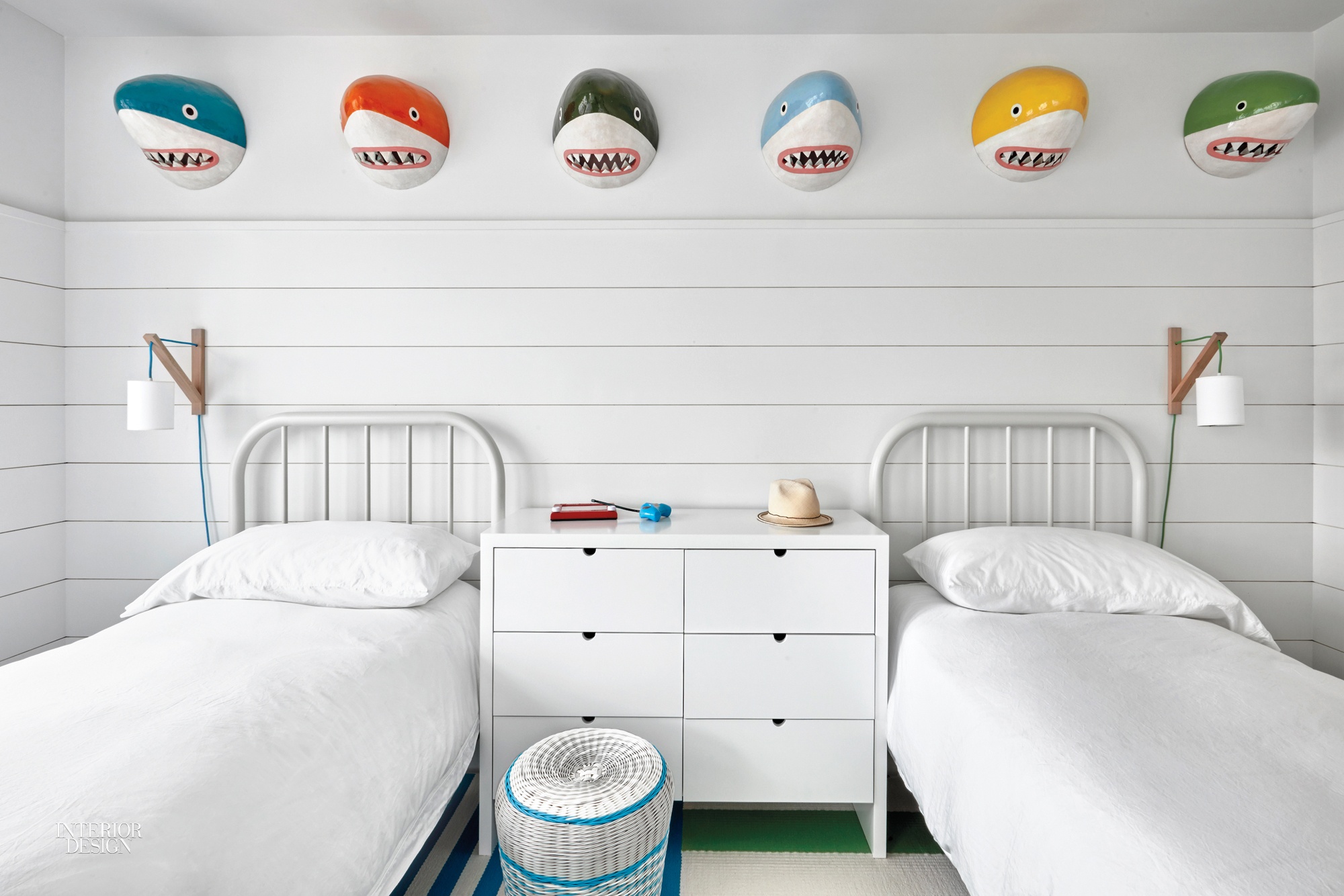 Ghislaine Viñas would like to set the record straight. “People always say to me, ‘Oh, you love color,’” says the Dutch-born designer. “But the truth is, I can only use color against white; it’s white that enables me to play.” Bright-on-white is certainly the thesis of a 10-bedroom summer home Ghislaine Viñas Interior Design completed in Montauk, New York. In the twins’ bedroom, ceramic shark heads by Lorien Stern loom over powder-coated steel bed frames. — Jen Renzi

5. The Stuttgart Home of Designers Peter Ippolito and Stefan Gabel is a Living Travelogue 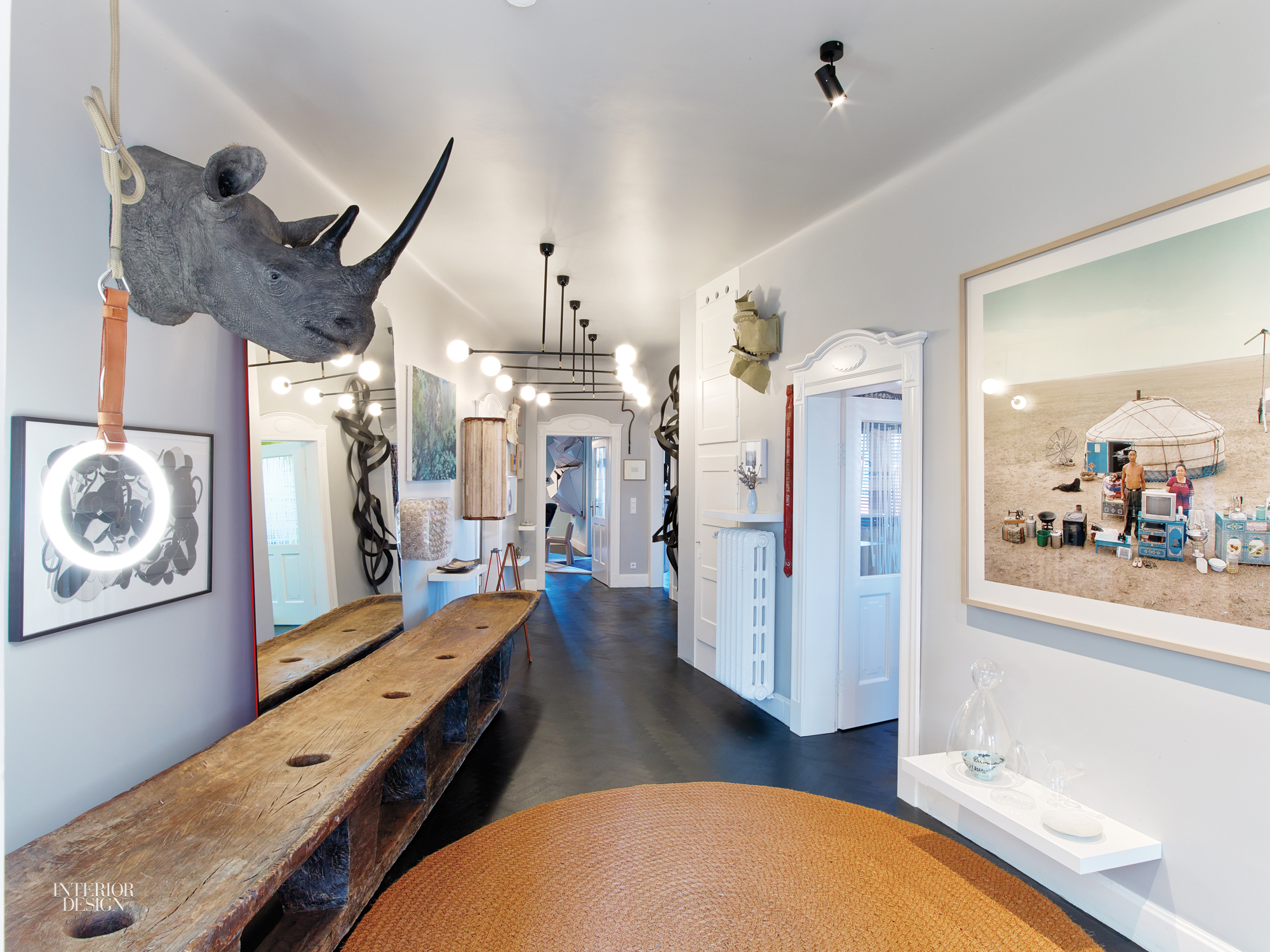 The rhino’s head seems to snort as you enter the maisonette. Though a replica, the faux taxidermy is so lifelike you have to wonder: Is this the home of a big game hunter, right here in a neoclassical building by renowned architect Alfred Seitz? Actually, the homeowners are hunters of a different kind, ardent collectors of beauty. Architect and Interior Design Hall of Famer Peter Ippolito and his partner, textile designer Stefan Gabel, have transformed their two-story space into a three-dimensional diary of joint adventures. — Oliver Herwig 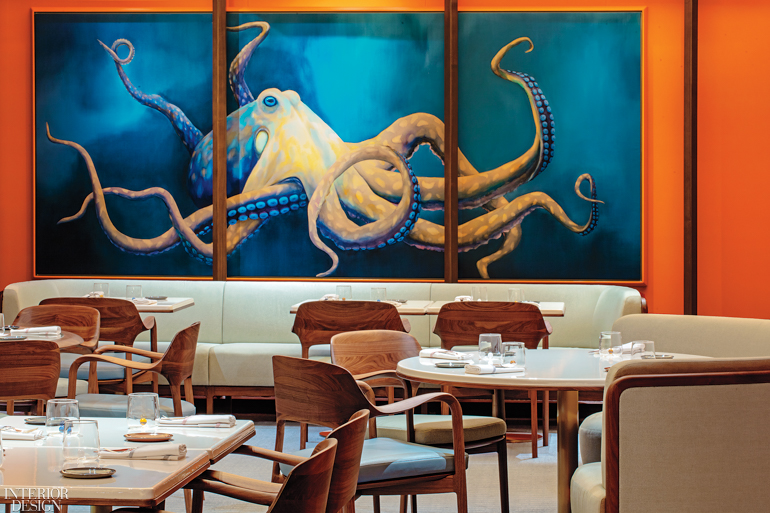 In the bar, lounge, and the 116-seat dining room, brilliant hues are the key—an exception for Jouin Manku—with vivid orange flooring and ceiling panels inspired by the persimmons found in local markets. The large rounded-rectangle ceiling fixtures throughout are based on traditional Chinese celestial lanterns. And it’s all presided over by French artist Romain Bernini’s sprawling site-specific painting of a giant octopus swimming in an iridescent blue sea, a reference to one of Asia’s most important foods, that has quickly become the Voyages mascot. — Judy Fayard

Read more about the restaurant 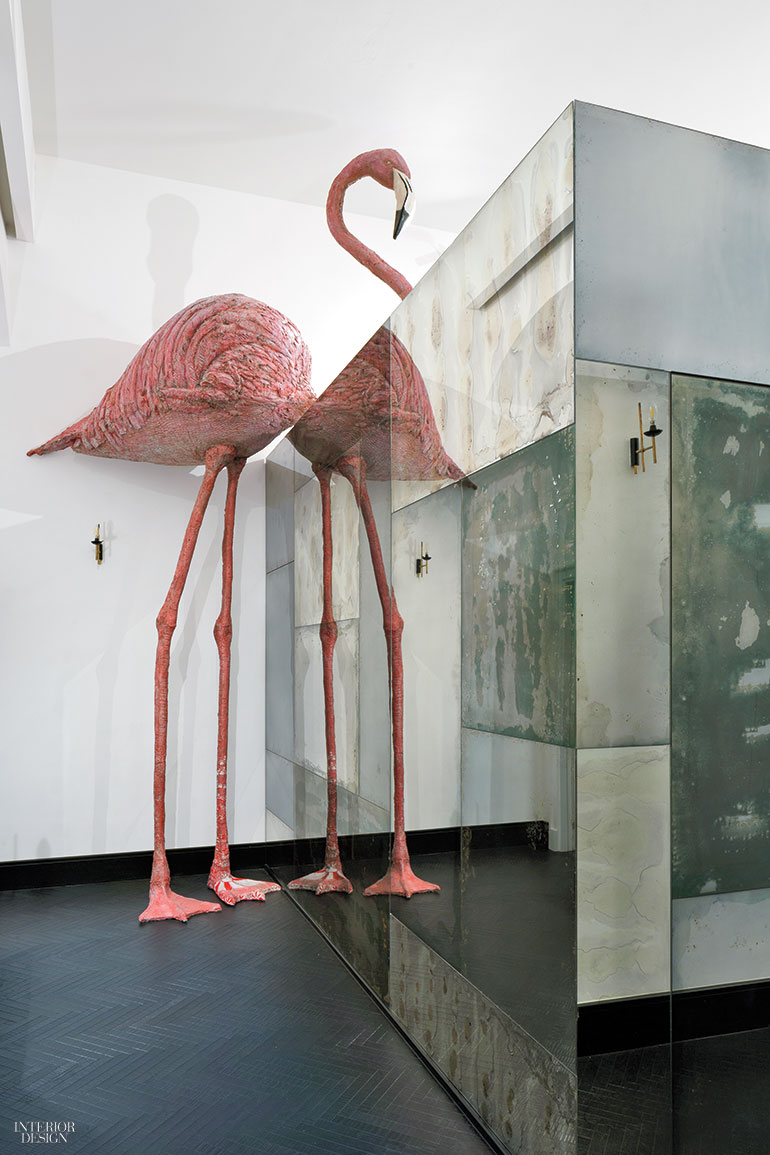 Set at the foot of Mount Etna in Sicily, Catania is steeped in legend, mythology, and religion. A noble residence from the 1700’s now contains a vibrant boutique hotel, the Asmundo di Gisira by Studio GUM. A reference to the flamingos that once inhabited a nearby park, this 13-foot-tall resin version by Domenico Pellegrino stands in a corridor, peering over the kitchen’s enclosure clad in tinted mirror. — Edie Cohen

Read more about the hotel

8. SheltonMindel Masterminds an Airy Oceanfront Apartment for a Family of Six in Miami Beach 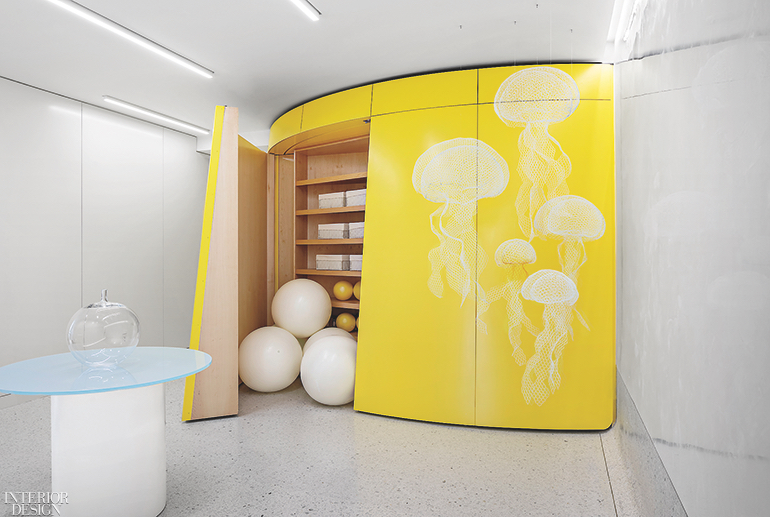 What could be better than a second home high up in Miami Beach’s oceanfront Faena House by Foster + Partners? Two of them, of course. This 5,500-square-foot retreat was combined and conceived by Interior Design Hall of Fame member Lee F. Mindel, the founding principal of SheltonMindel. The sweeping water views afforded by the apartment’s floor-to-ceiling glazing and wraparound terraces inspired his décor scheme. Pictured here, wire jellyfish sculptures by Benedetta Mori Ubaldini appear to drift against the curved sunny yellow doors of a hallway storage unit. — Jane Margolies 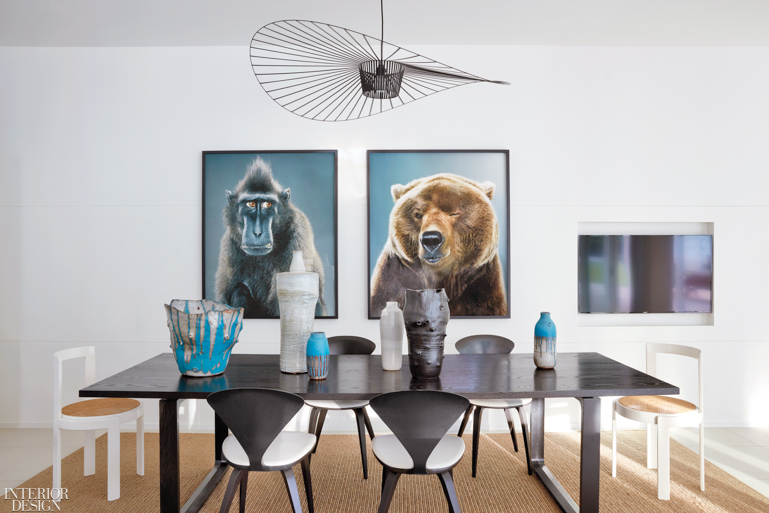 A perennial criticism of Modernist houses is that they can be cold and unwelcoming. But the Los Angeles-based designer Jamie Bush has never seen modernity and creature comforts as mutually exclusive. His recent project in Houston features artworks by a variety of artists, including Bush himself, whose output ranges over drawings, paintings, and conceptual photography. Pictured here, Constance Guisset’s pendant fixture and two Jill Greenberg animal photographs preside over a collection of Mitsuko Ikeno ceramic vases on the dining table. — Pilar Viladas

Read more about the residence 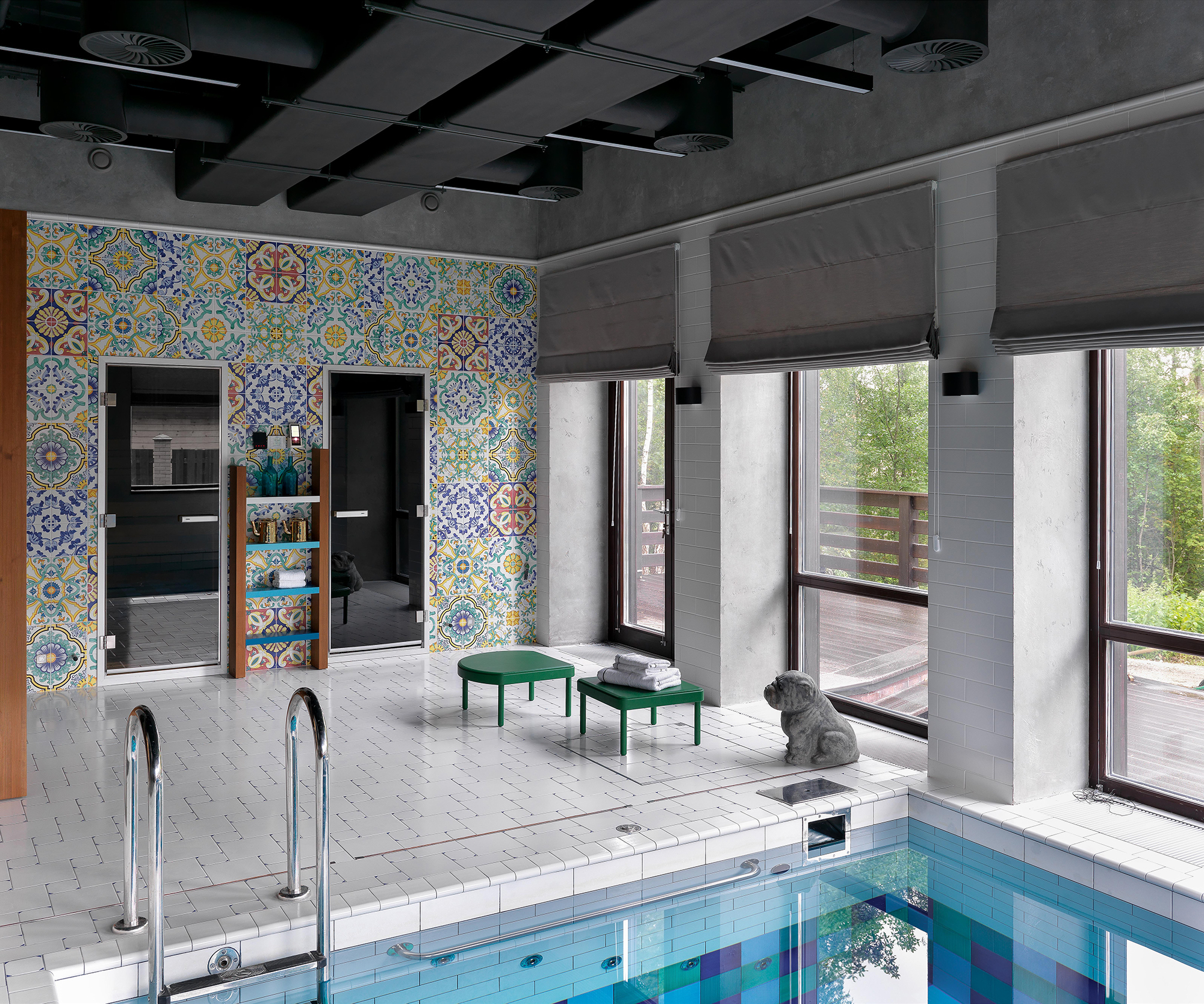 The residences in Moscow’s prestigious Novaya Riga community tend toward the Anglophilic, with cottage-style mansions popping up in areas like Montville village. But the owners of this 3,200-square-foot home wanted something a bit more international. Art Group oversaw reconstruction, including the installation of two swimming pools, a hammam, and a home theater. The pool area’s mosaic wall and floors are clad in custom tile. — Jesse Dorris

Read more about the residence