1. Hide Out by Dan Brunn Architecture 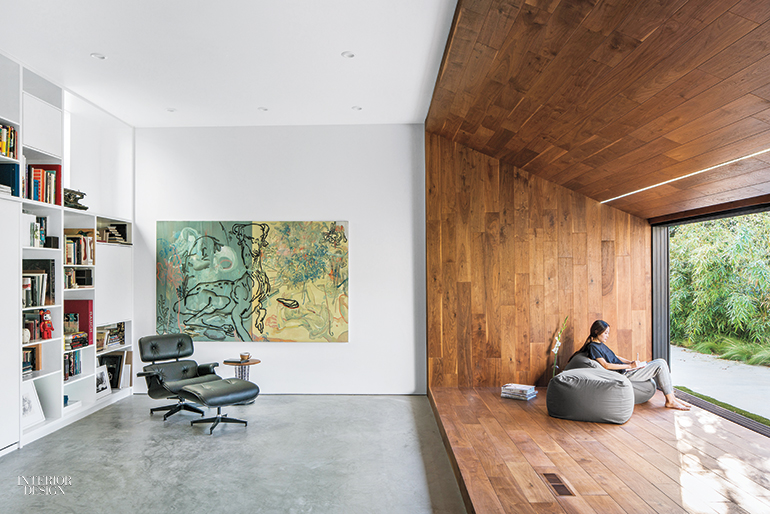 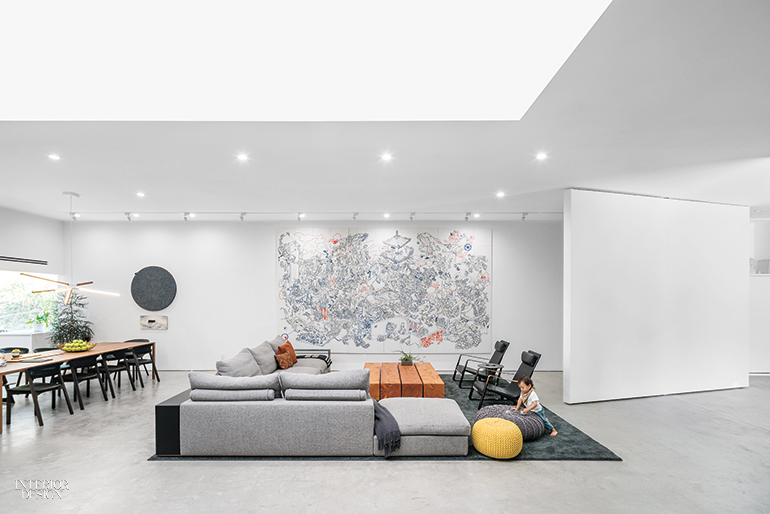 Dan Brunn Architecture renovated Frank Gehry’s first house in Los Angeles for artist James Jean and his family. His client’s only request was adding a simple studio space where he could work and have his family nearby. “James said to do what I wanted,” says principal Dan Brunn. His plan acknowledged Gehry right from the recessed entry. “I saw an articulated box. It all started with the stair,” he adds. The animated construction of solid walnut planks expresses a dual geometry, a subtle reference to Jean’s lyrical artwork. 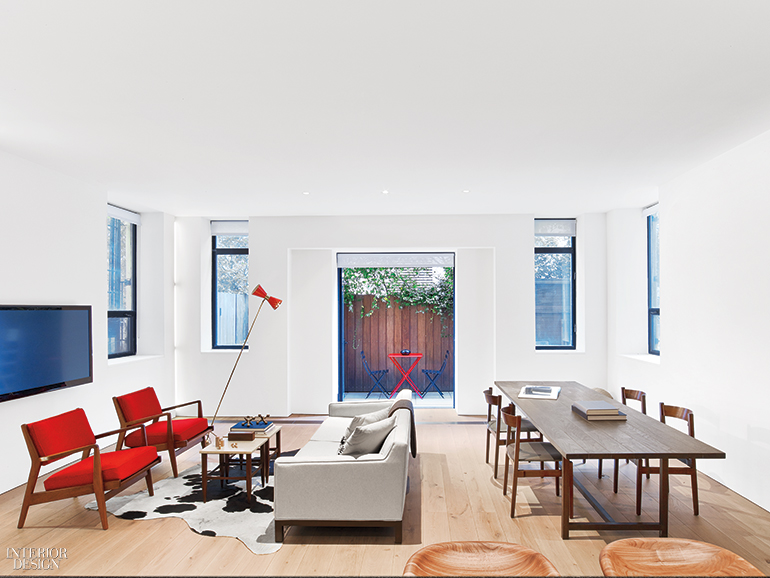 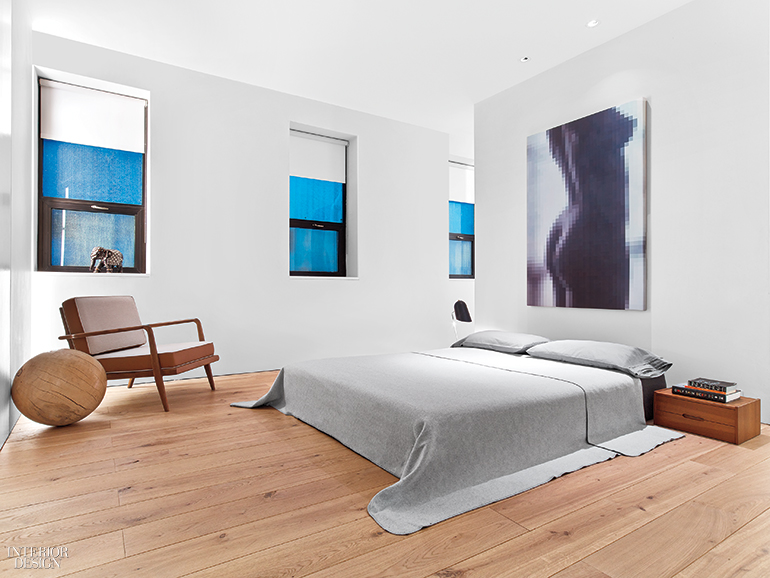 Messana O’Rorke was tasked with reconfiguring the layout of a New York City apartment . “The original layout had two small bedrooms, and one of them was separated from the kitchen by a wall set at an awkward 45-degree angle,” says firm partner Brian Messana. “Also, the only bathroom was entered from the living area.” The clients wanted an inviting public space with an efficient kitchen perfect for entertaining, as well as a master suite with a spa-like bathroom. The firm responded by dividing the unit’s 1,100 square feet in half, moving the bedroom near the front door and the living and dining areas at the garden end. 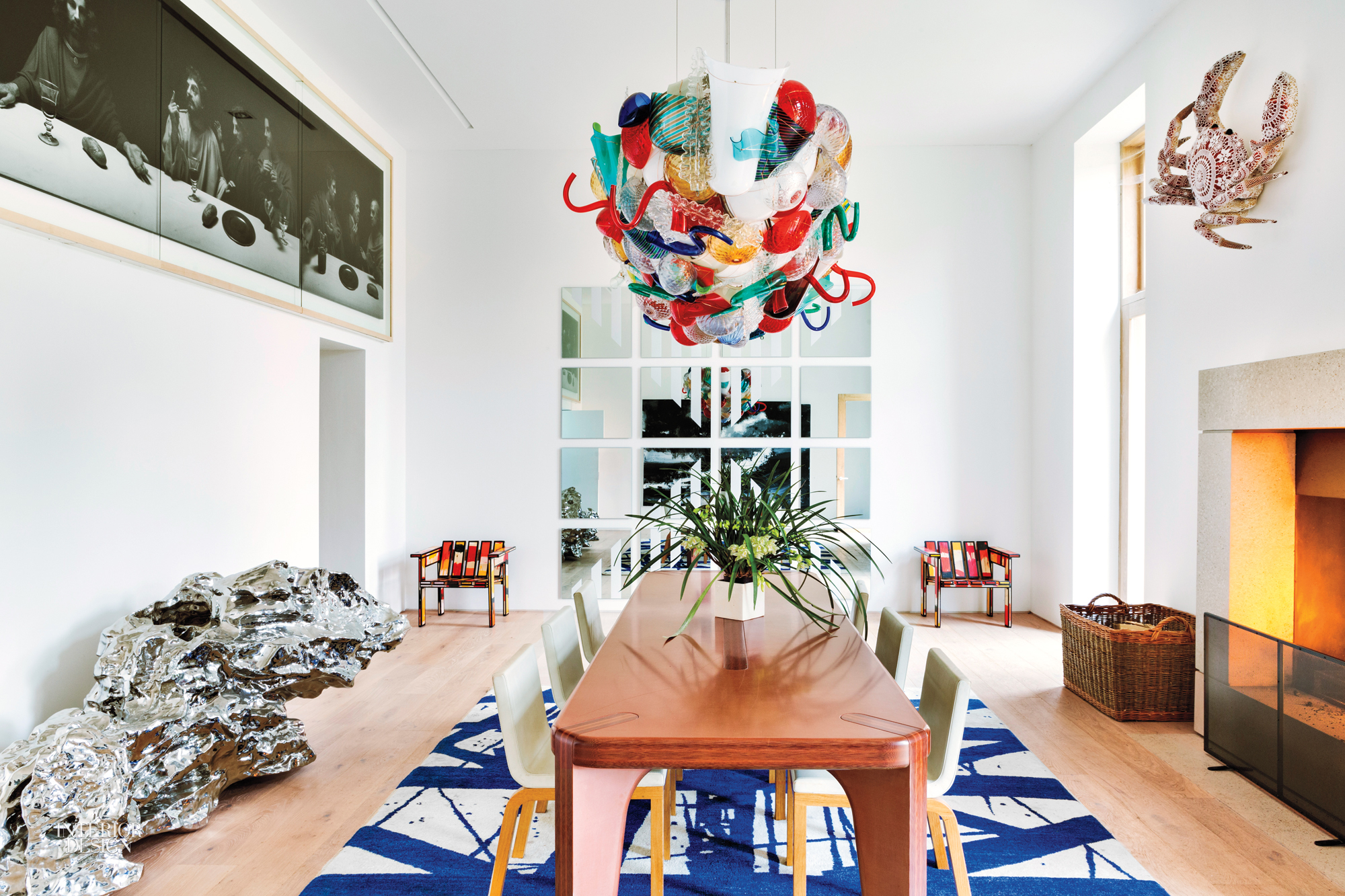 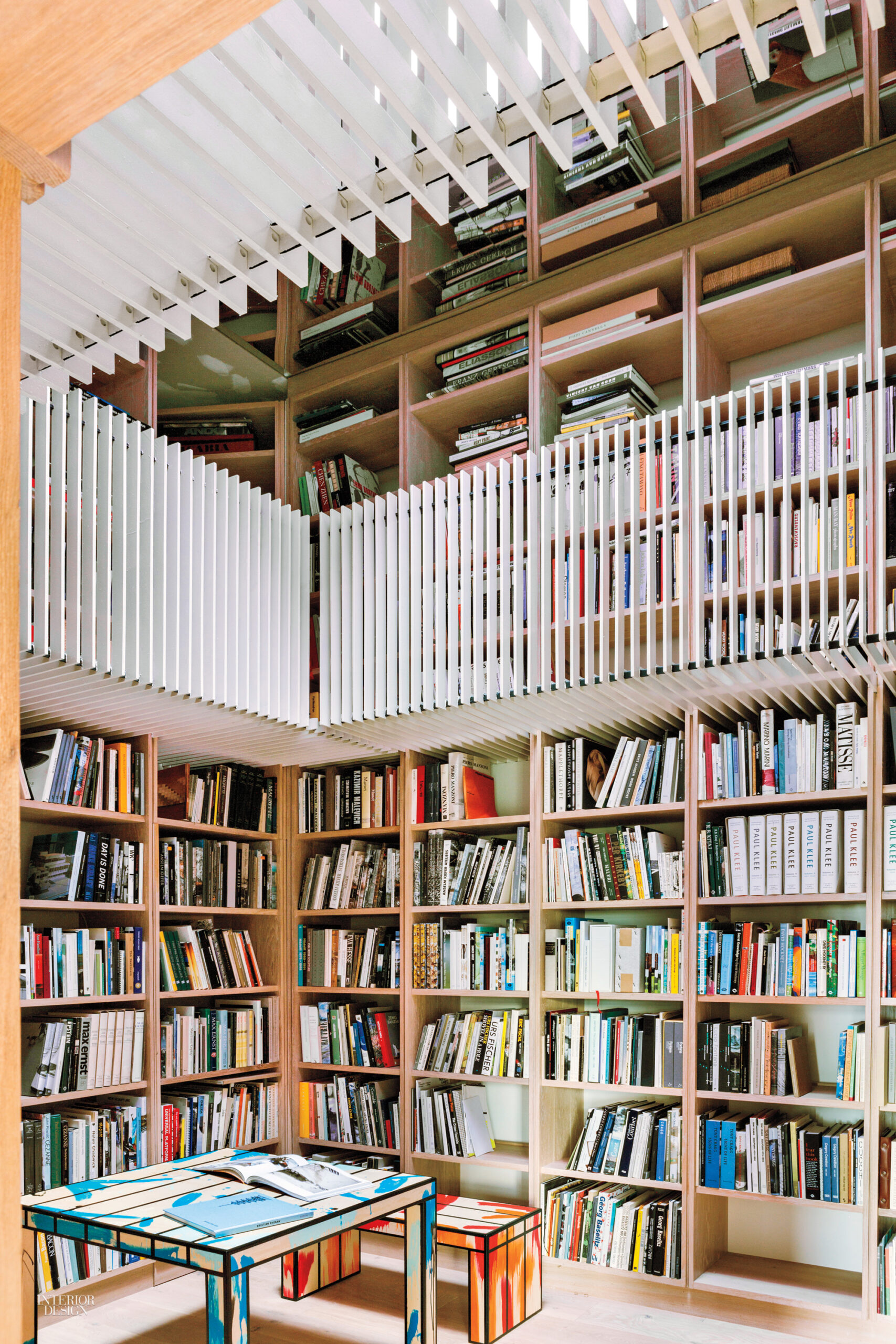 Studio Seilern Architects updated a South Oxfordshire barn that houses the main gallery of Old Belchers Farm. The property’s old agricultural buildings lent themselves well to conversion, with work, culture and leisure seamlessly melding together into the 3,230-square-foot barn. It now features a small catering kitchen, two offices, a library and storage spaces and galleries. While the centuries-old exterior is coarse and dark, restored original wood has been stained to look charred. Inside is the opposite with blond oak floors, white walls, and top-lit spaces for a more neutral spaces to display art. 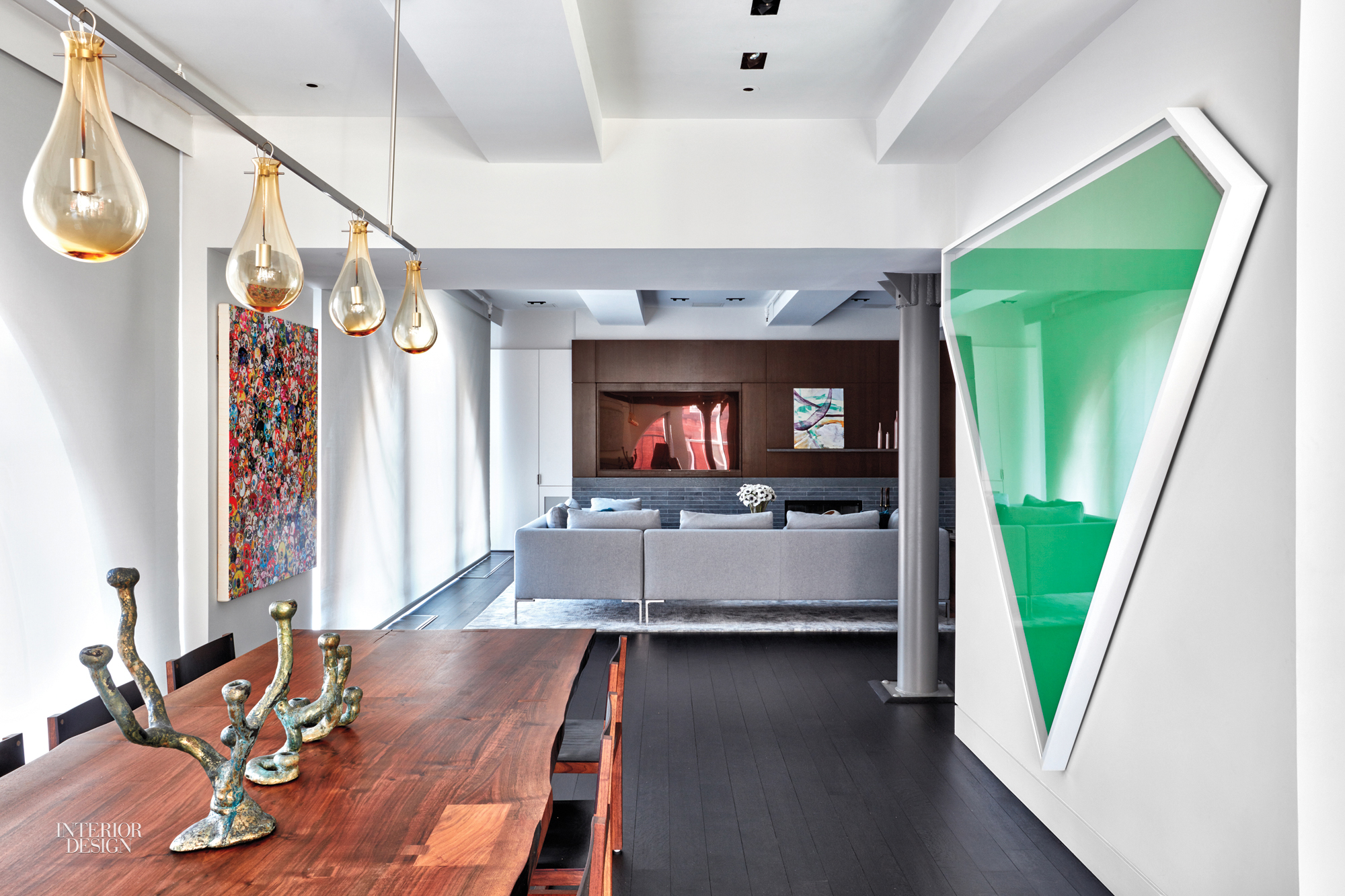 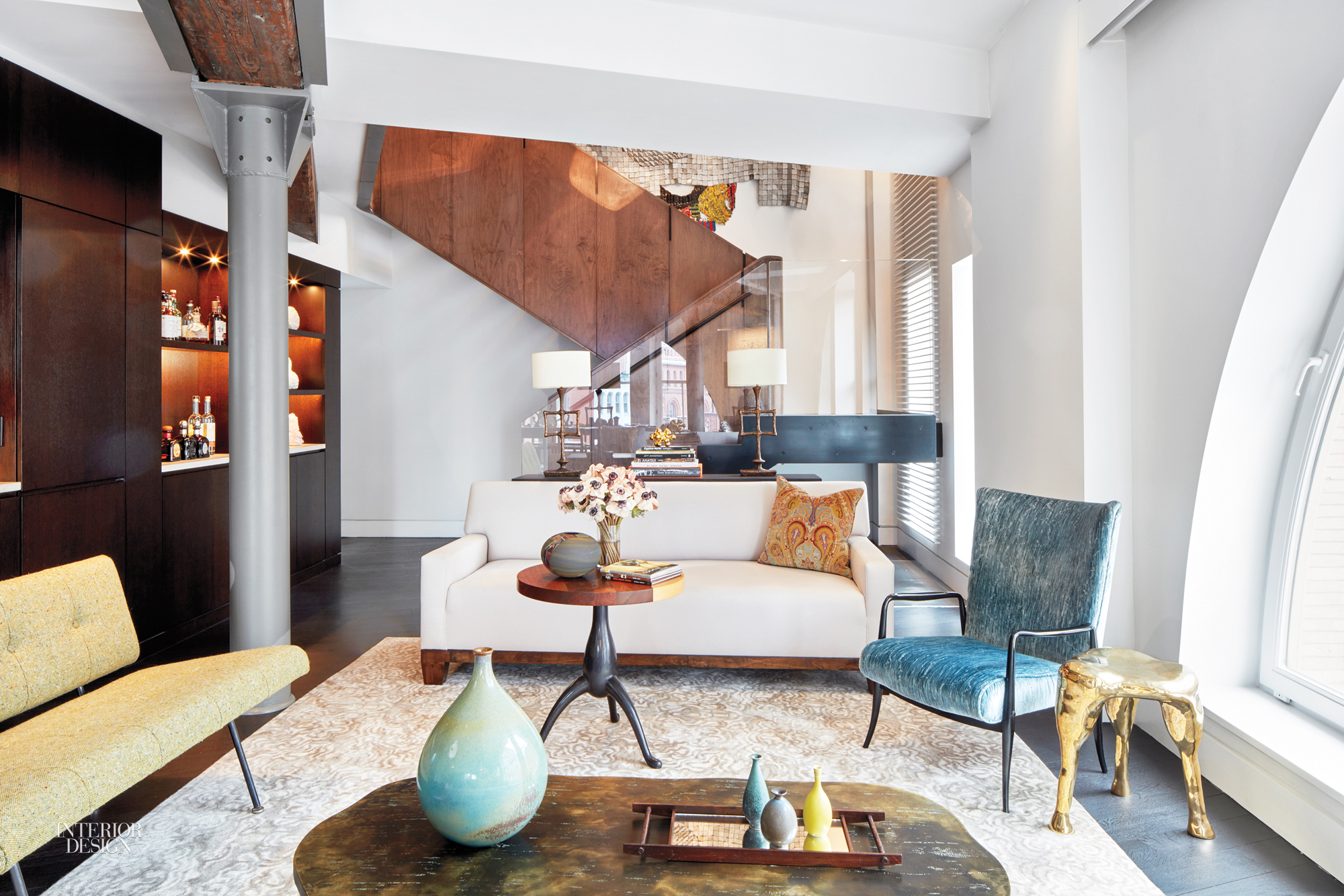 Damon Liss Design and Wunderground Architecture + Design collaborated on a developer’s conversion of a pair of three-bedroom units into a singular family apartment. Years later, the owners returned to the two firms for assistance in up-sizing: adding the apartment above into a private space for their three children. Upstairs, the firms added a bedroom for their daughter and two sons, plus a shared playroom and loft. The resulting 6,400 square feet left “plenty of space for luxury,” Wunderground principal Nancy Nienberg notes. Both levels are “splashed with vintage and contemporary pieces that give personality and life,” adds Damon Liss. 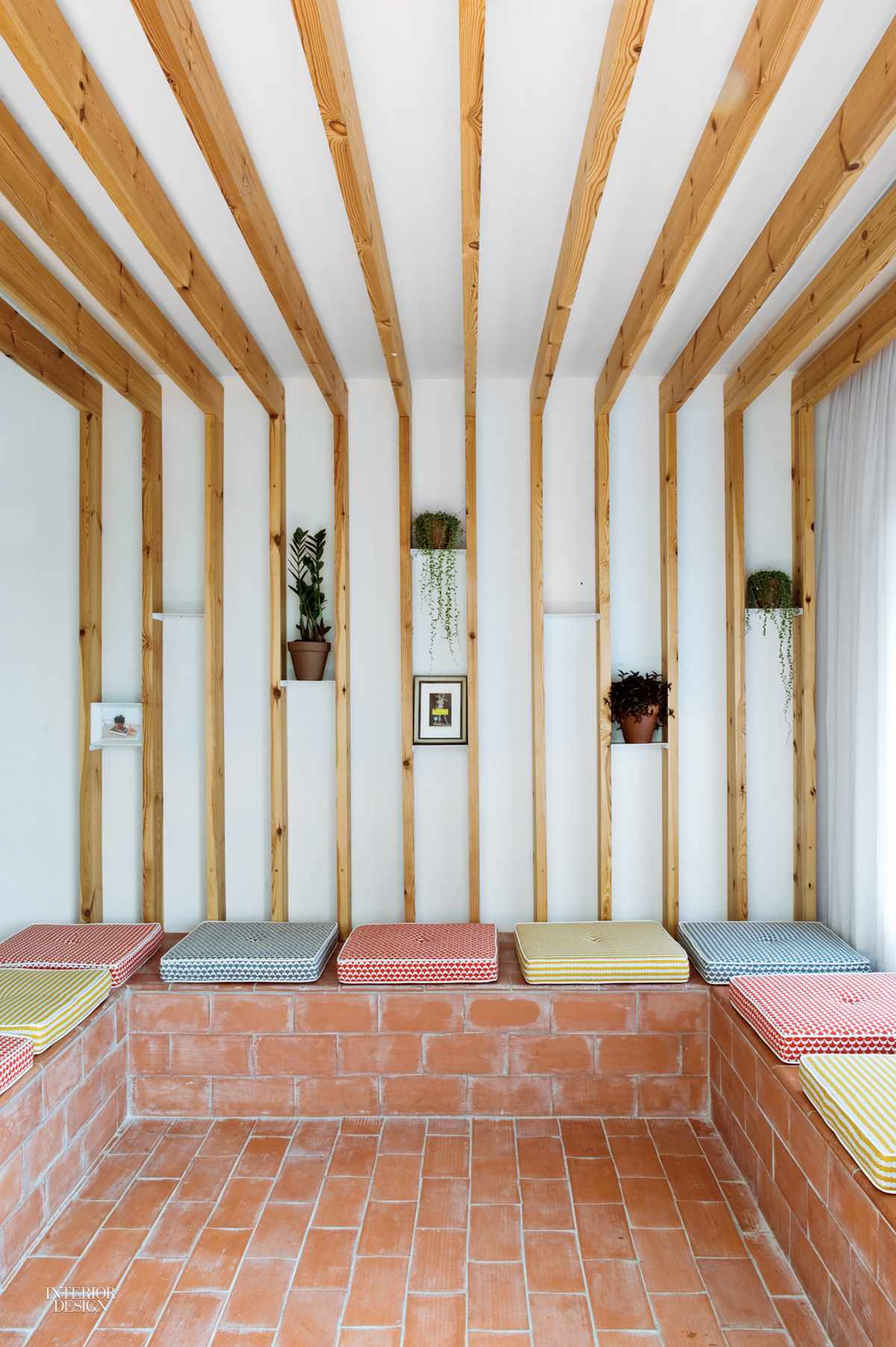 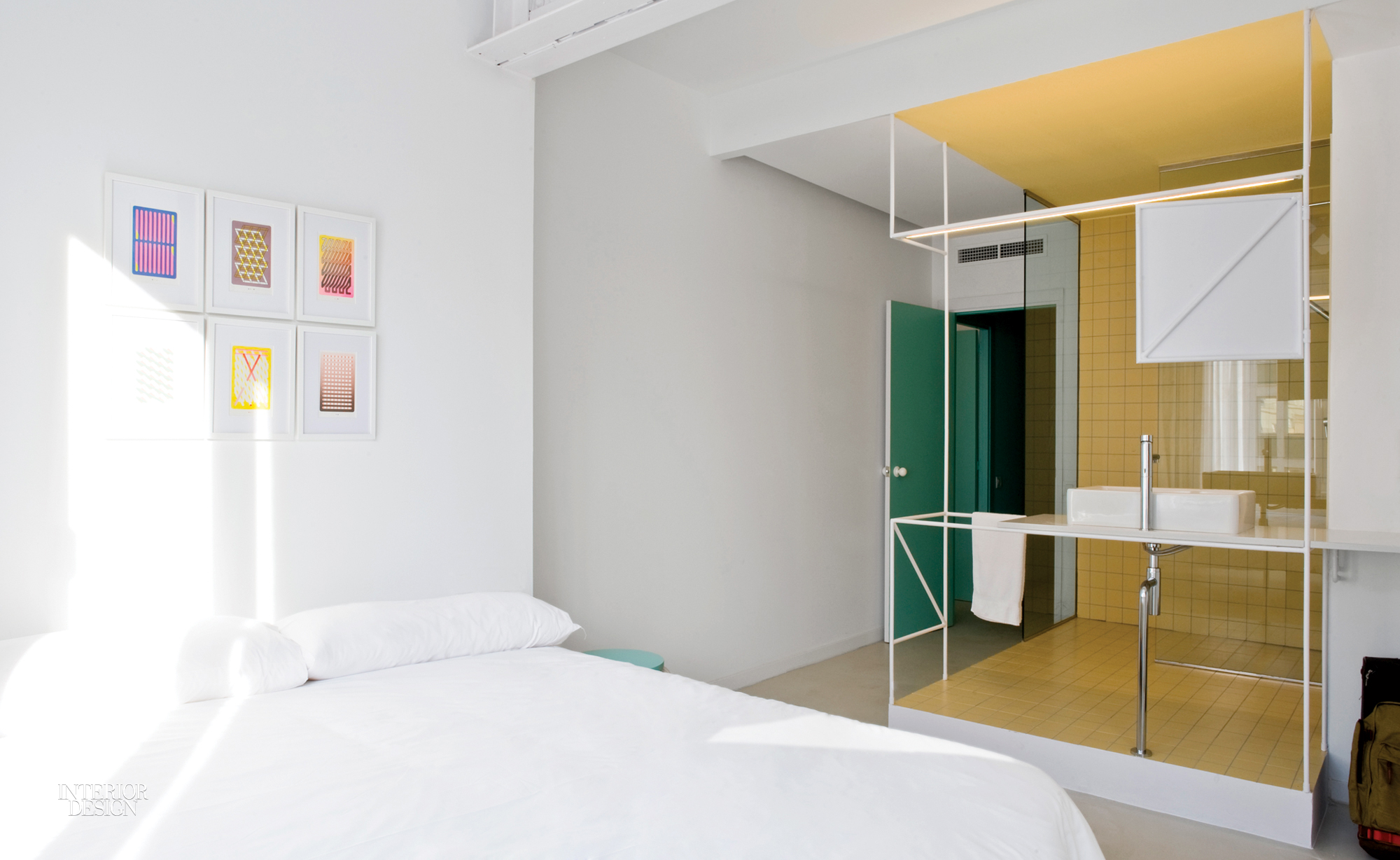 Colombo and Serboli Architecture transformed a 1,900-square-foot penthouse in Barcelona from a formerly “creepy” vacation rental with an awkward layout into an ideal vacation spot. Bringing the outside in drove CaSA’s design as the public spaces—the kitchen, breakfast nook and living area—become virtually alfresco when a large window folds back and an aluminum balustrade and iron railing is added to the roof terrace. 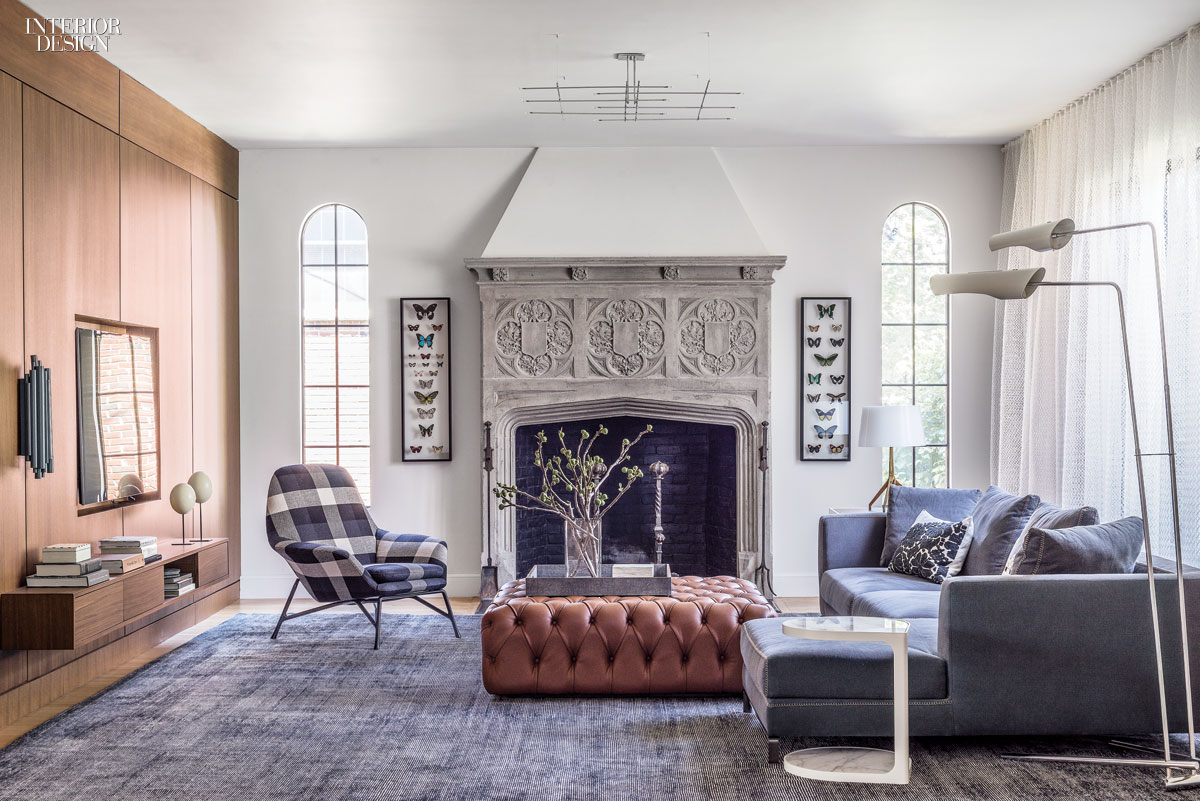 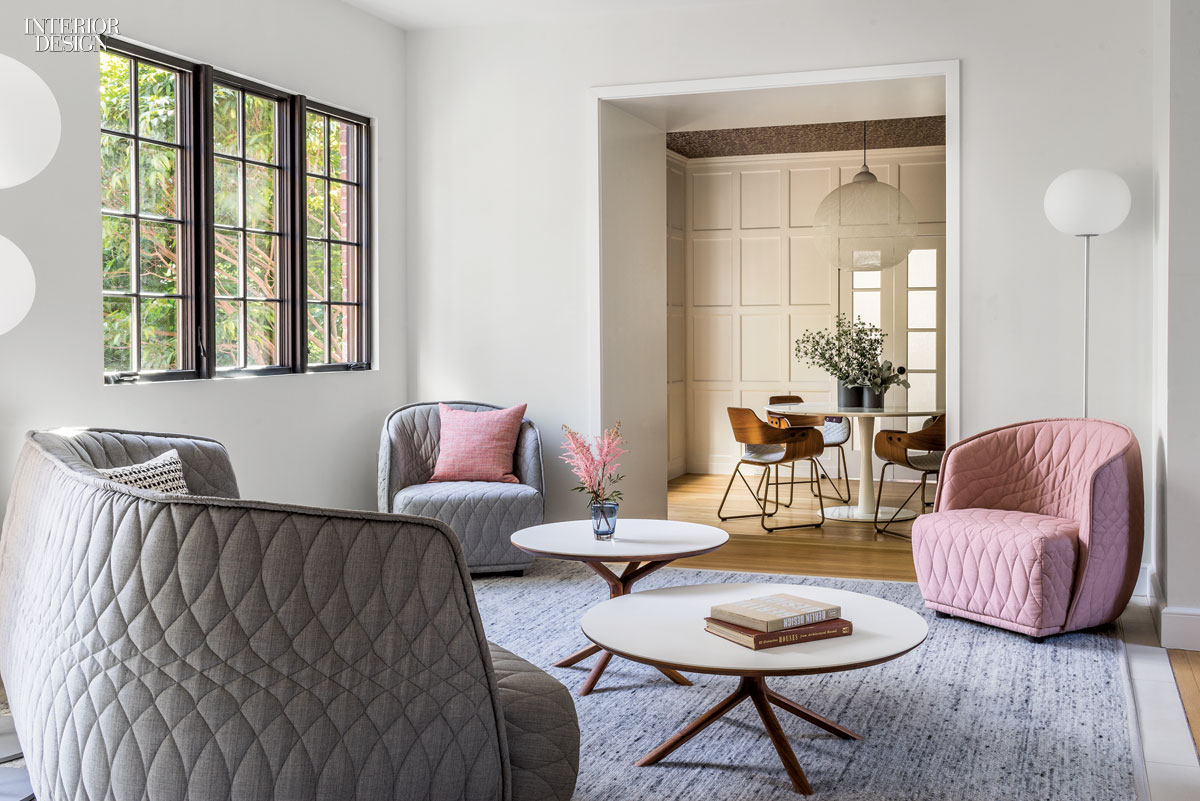 A family chose Hacin + Associates to reconfigure their decade-old Tudor home in Newton, Massachusetts. “There were a lot of little rooms in the wrong places,” architect David Hacin explained. The 3,600-square-foot layout now allows for parents and daughter to float through the house effortlessly: the study was repurposed as a dining room, the kitchen was moved to a side location to create a rear family room with direct access to the backyard, and the small bedroom became a home office and walk-in closet for the master suite.