These French apartments are magnifique. 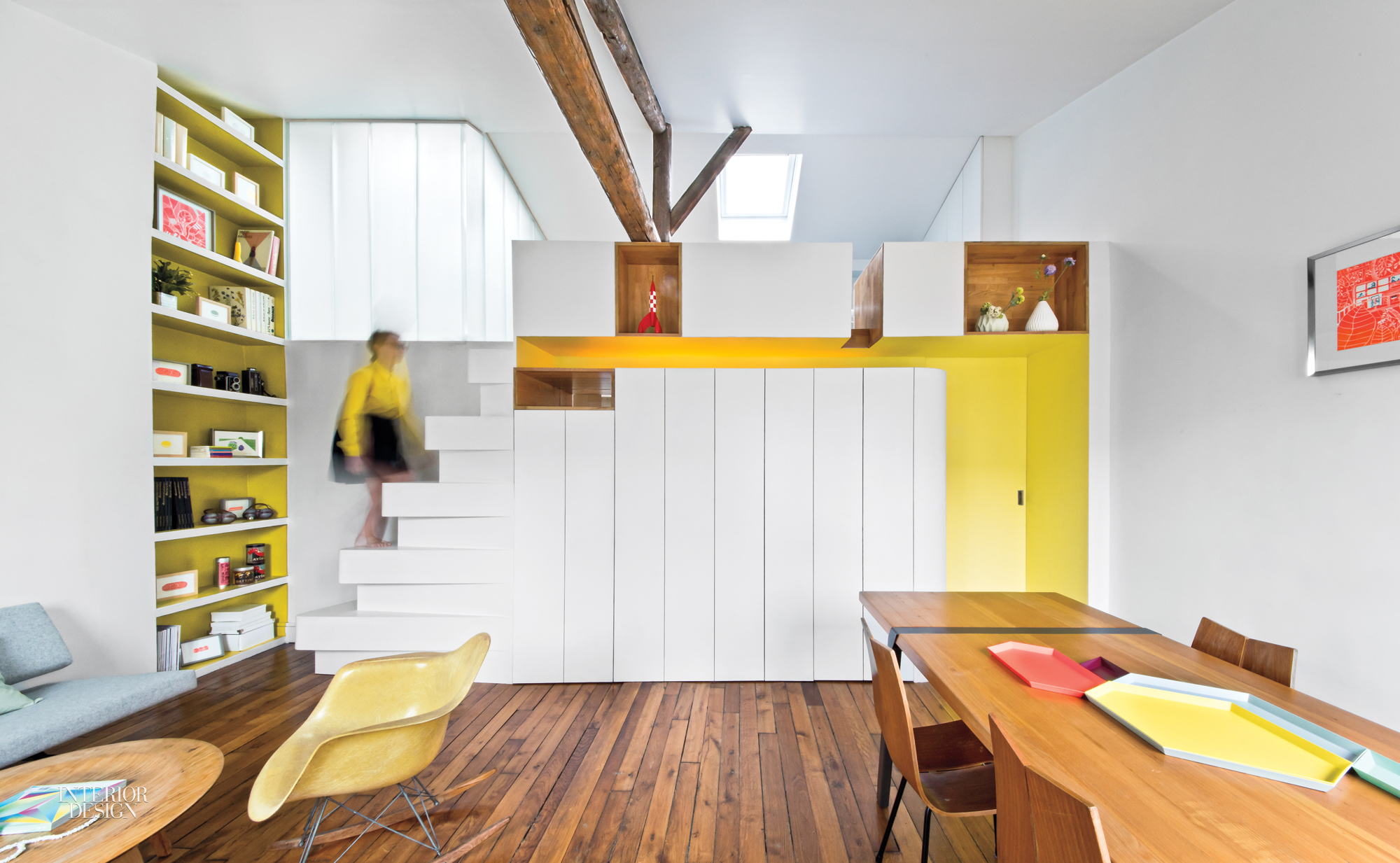 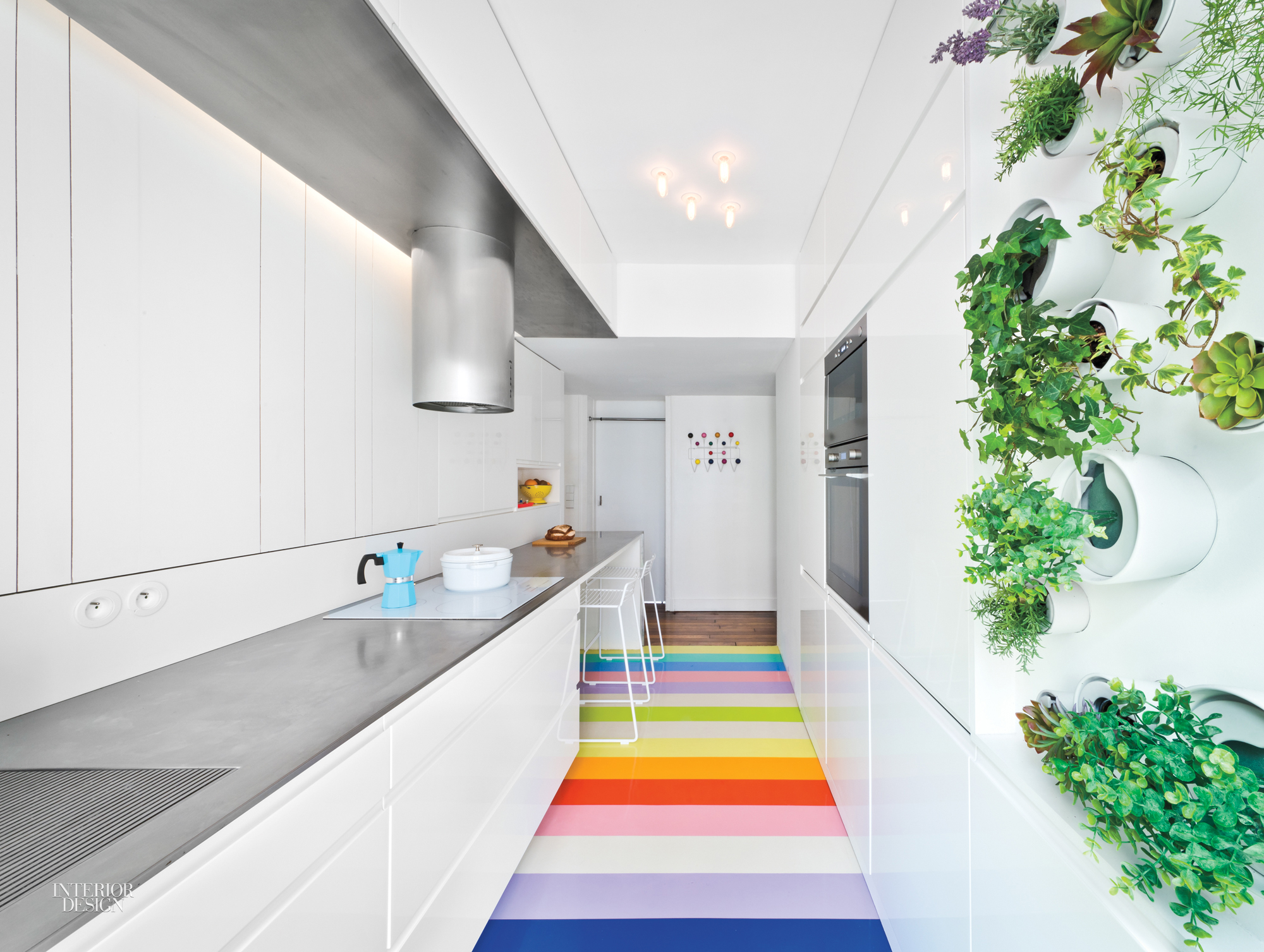 For a 775-square-foot penthouse apartment redo in the Parisian neighborhood of Montmartre, SABO Project principal Alex Delaunay did what he does best: think outside the box. Plants sprout from one wall, light seems to drip from the ceiling, and the floor of the otherwise white-on-white kitchen is a veritable rainbow. 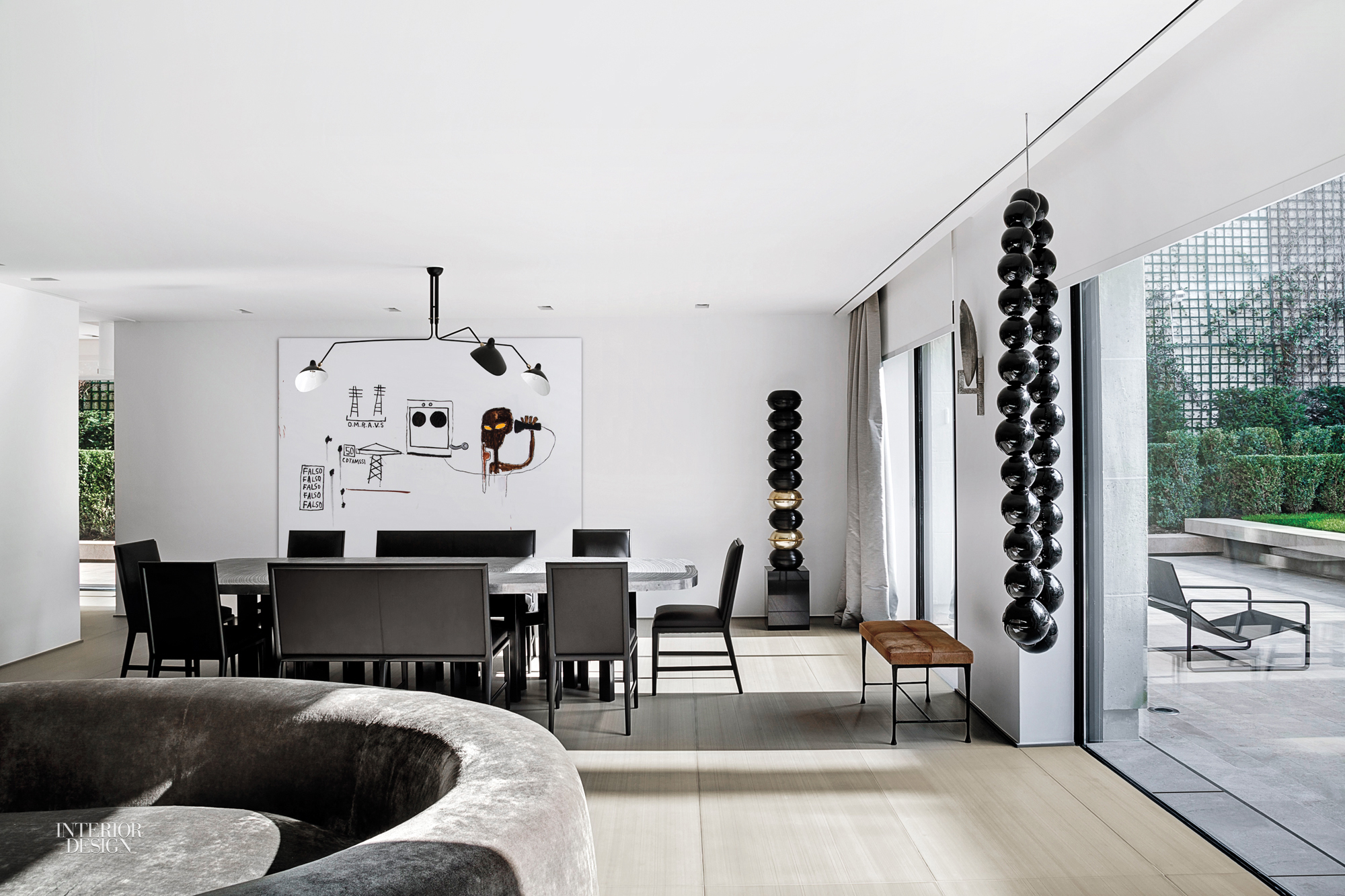 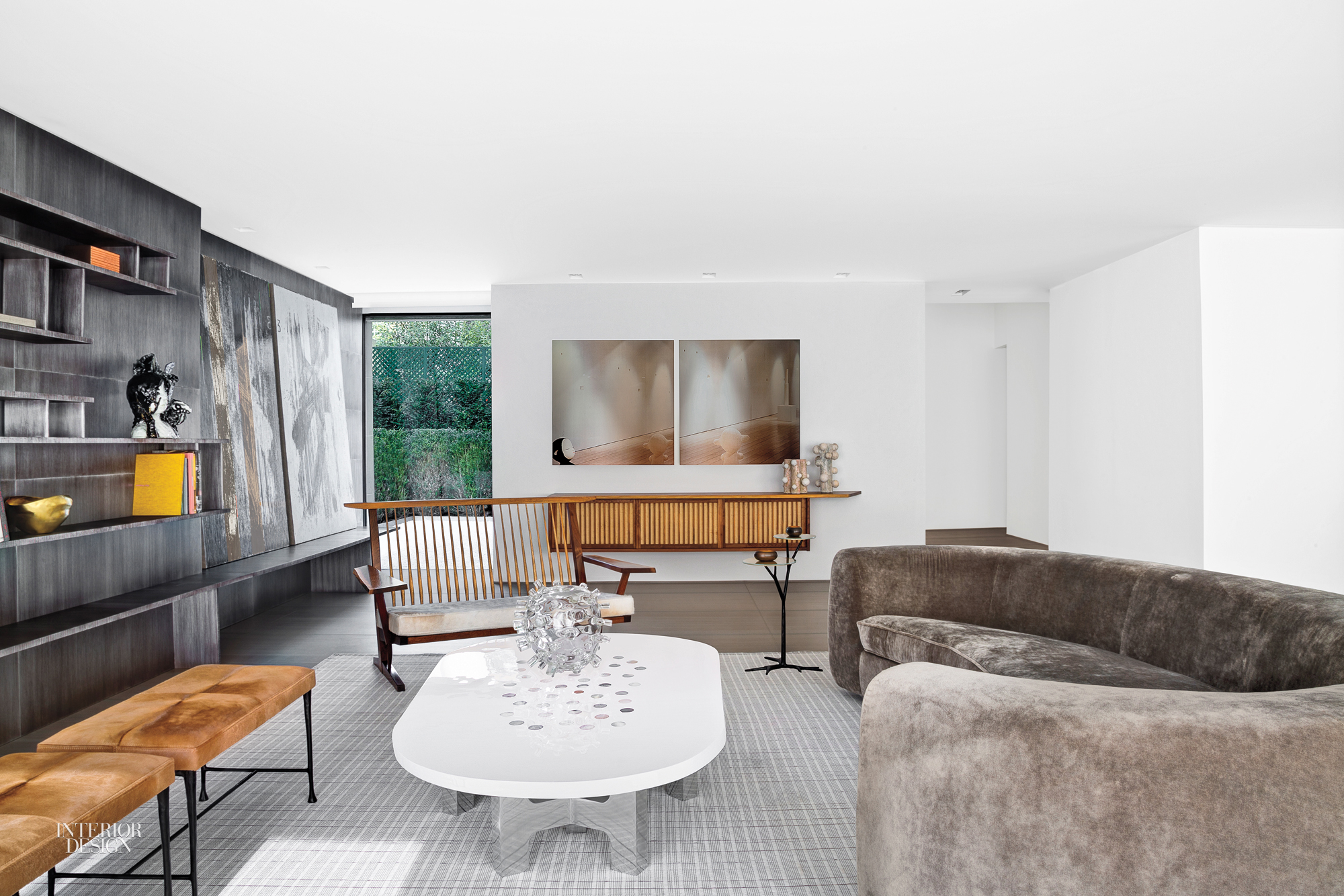 The owners of this 6,000-square-foot triplex apartment in the Paris suburb of Neuilly-sur-Seine have long admired the sleek, clean-lined style of Olivier Dwek. They wanted to link the three floors and open up the interior’s succession of small rooms. Dwek’s design achieves both right from the get-go: a double-height entry hall offers an uninterrupted view from the front door to the second-floor landing. 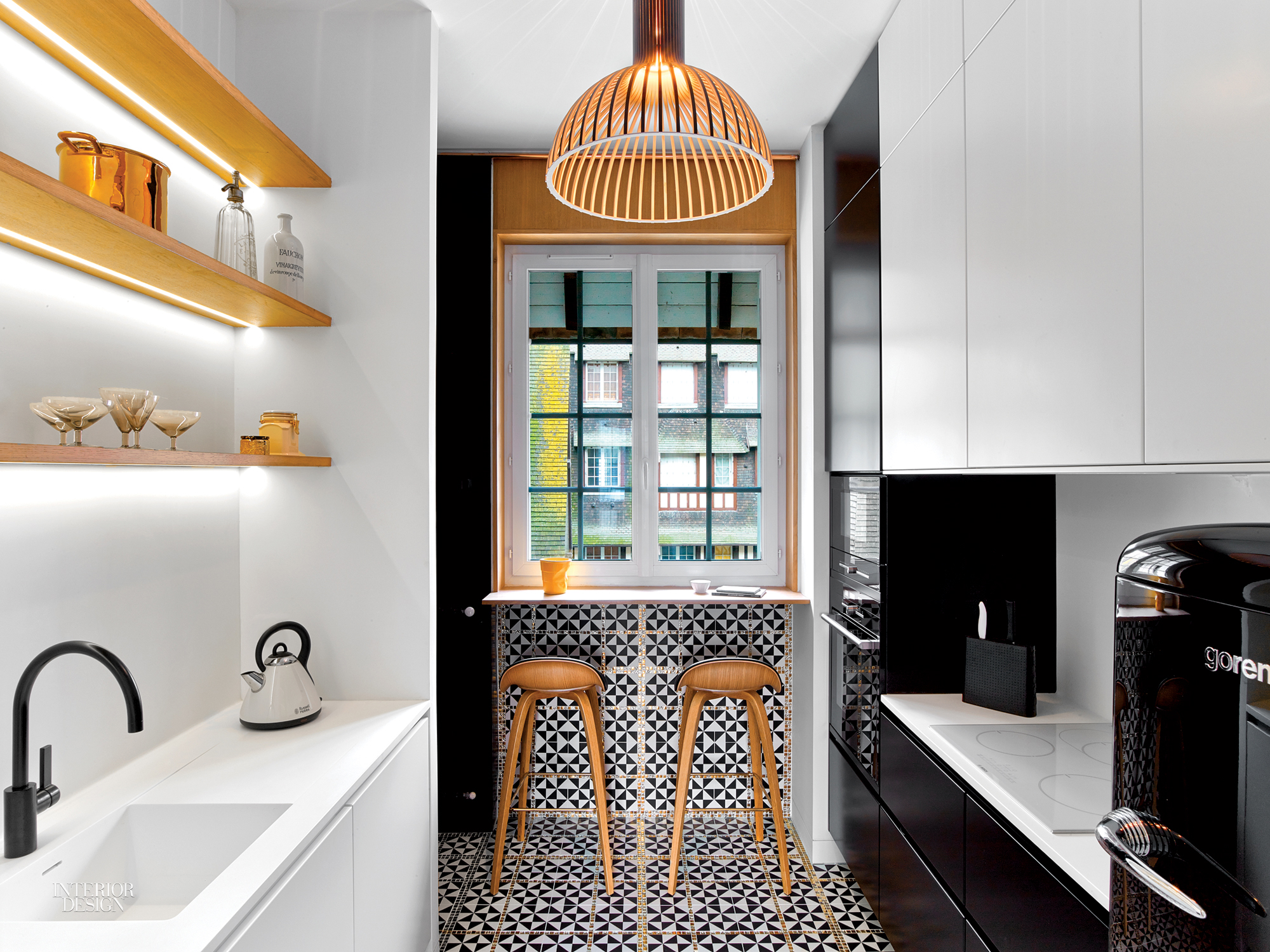 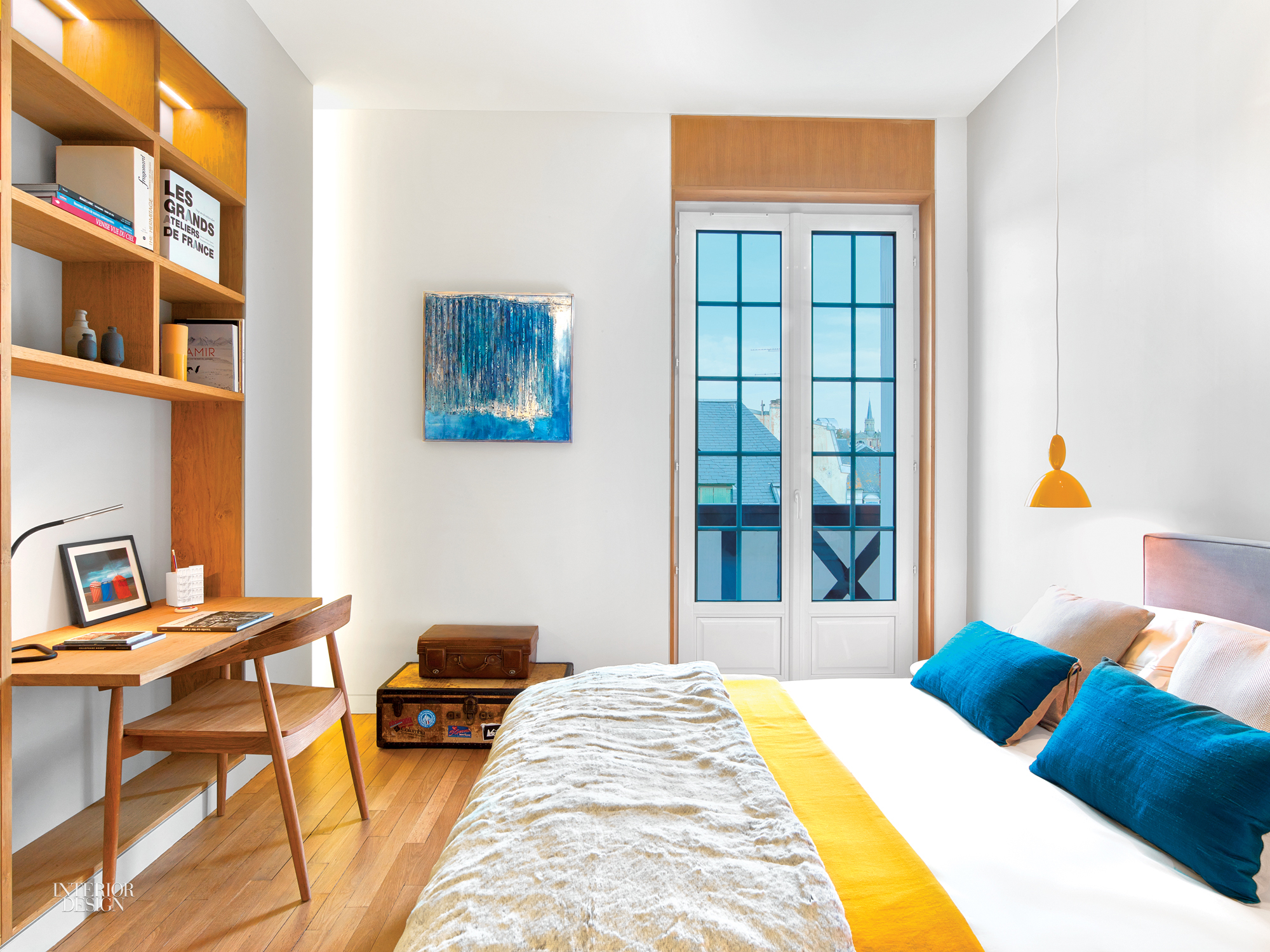 When professor Sylvie Lucas decided to relocate from Paris to her childhood home in Trouville-­sur­-Mer, she turned to Blandine Seguin of Brooklyn-based Nous Studio to renovate the 1,300-square-foot apartment. “We kept the bones but modified the skin,” Seguin says. That meant using traditional wood and plaster in strikingly contemporary ways. The central corridor’s load-bearing walls had to stay, but she shifted the doorways into alignment and increased their height to the same level as a floating ceiling with cove lighting. 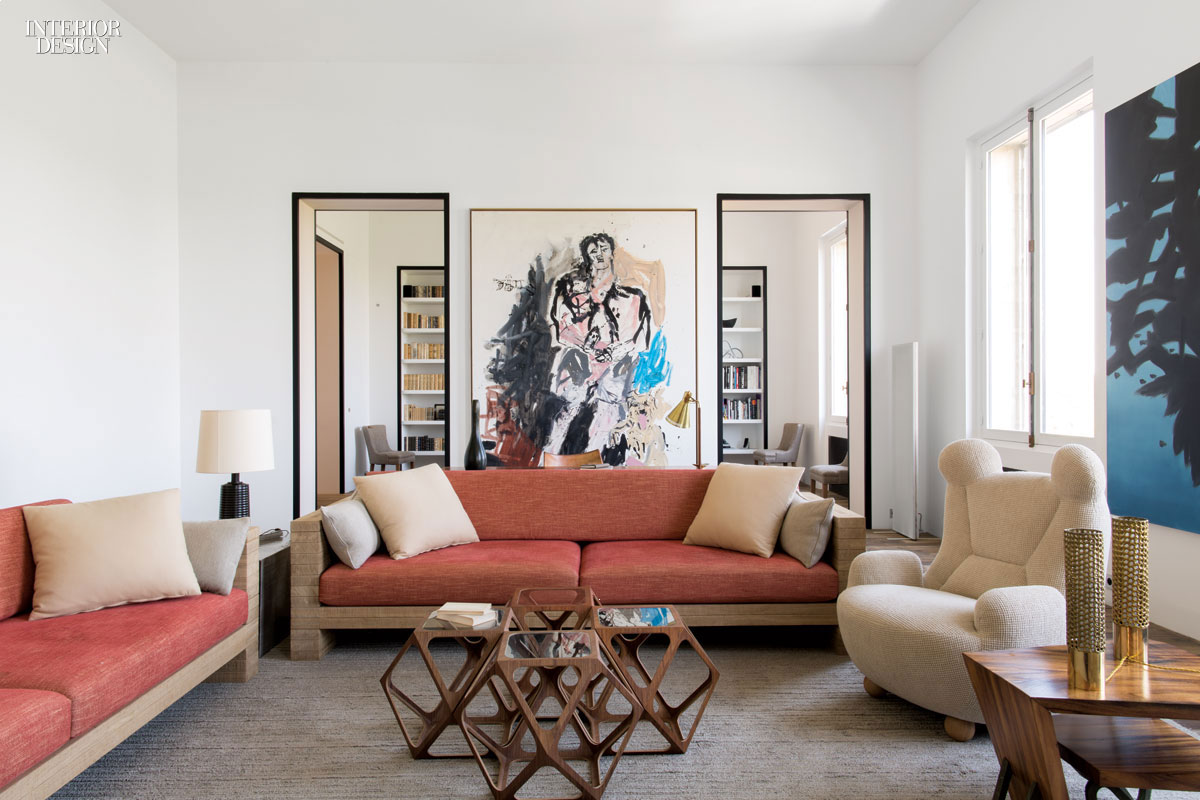 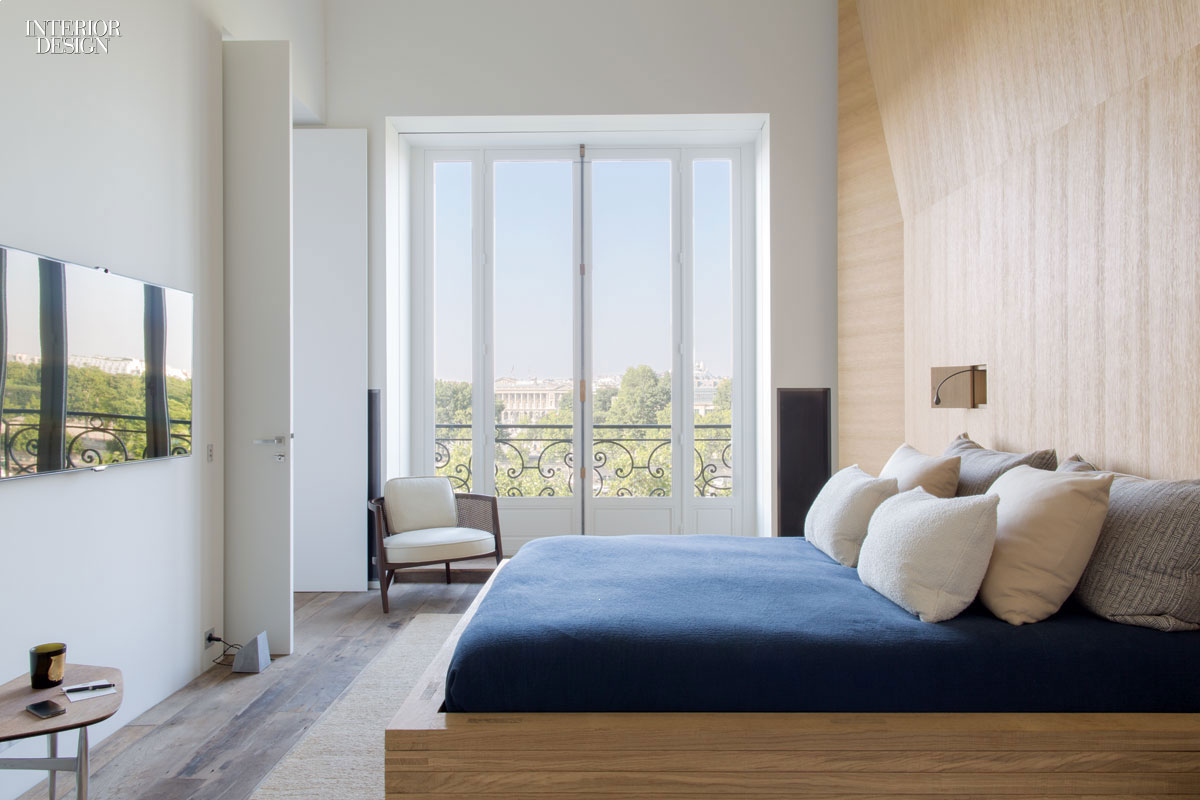 Architect Pierre Yovanovitch’s renovation of his own 2,300-square-foot Paris apartment was largely spatial. Removing a corridor that ran through the middle of the floor plan, the residents now proceed from the entry through the dining room and living room to reach the master suite, where a staircase spirals up to a dressing room on a mezzanine. As for the decoration, Yovanovitch opted for strong axes and straight lines, rather than his usual dramatic ellipses and swirling forms. 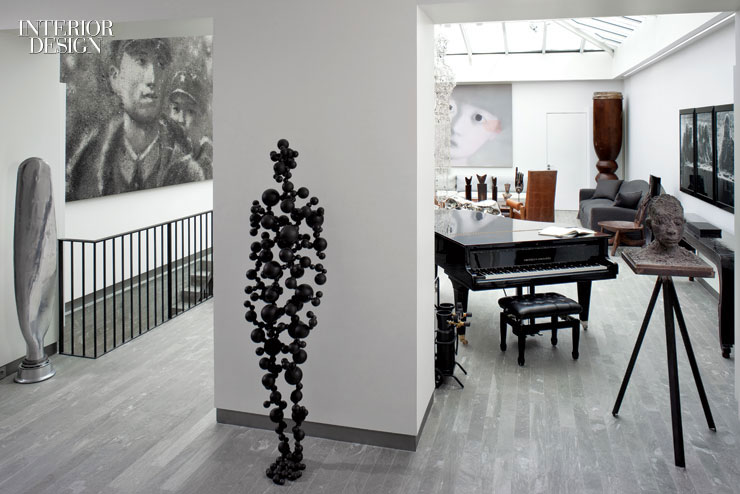 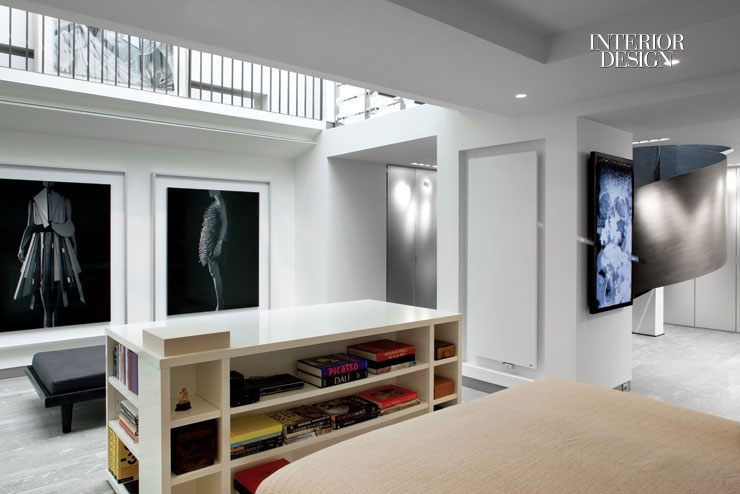 Elliott Barnes revamped a client’s 8,600-square-foot apartment in the 7th arrondissement, remodeling the basement spa and gym, three top-floor bedrooms for the client’s daughters, and a large kitchen for entertaining. The materials palette was limited, with blackened steel serving as the dominant metal throughout. To give his client enough room for her art collection, Barnes purposefully left two rooms devoid of furniture to help fit every piece. 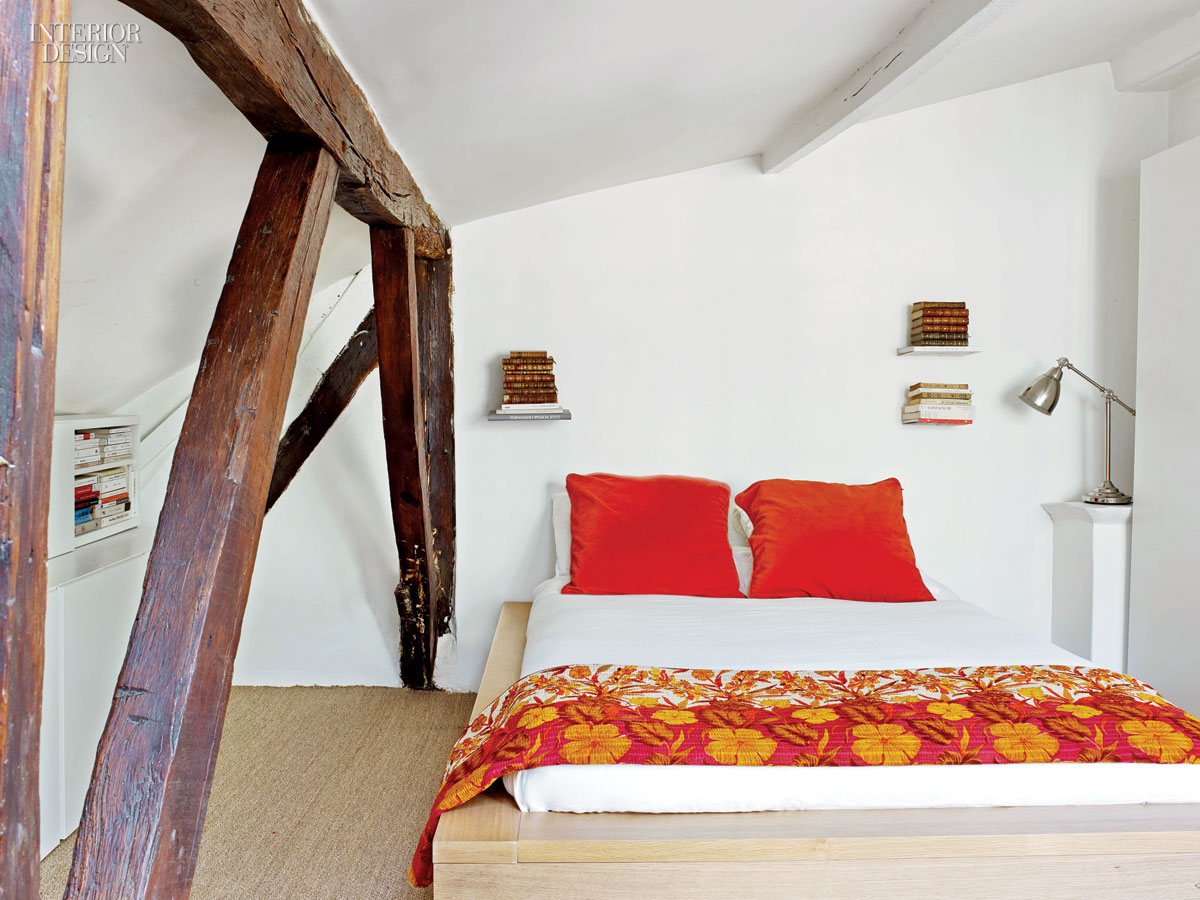 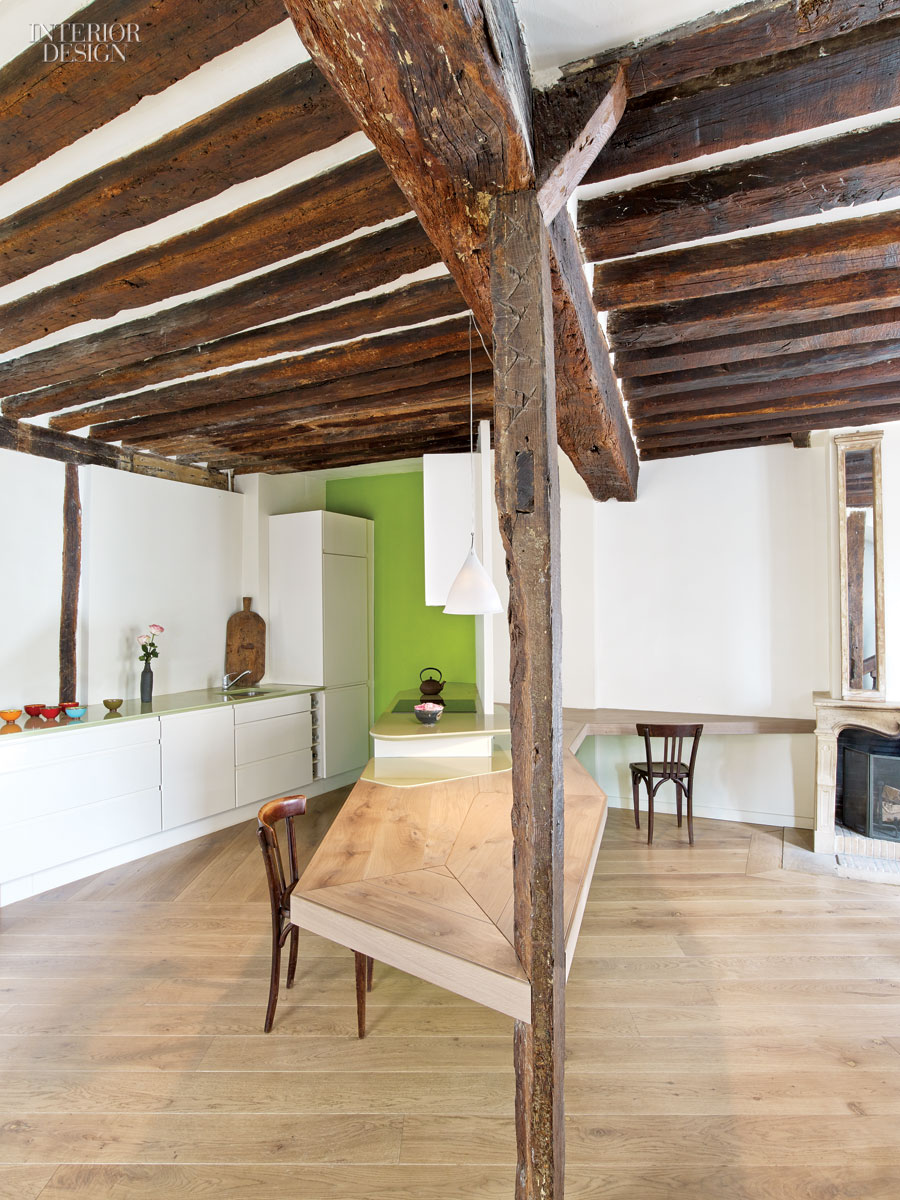 The asymmetrical, angular lines of the peninsula that extend on a diagonal from the kitchen into the living-dining room of this 1,300-square-foot Parisian apartment are not arbitrary. But rather, “these lines make the room work better,” Mariarchi founder María Martínez Gragera says. While creating the first sketches for the project, Martínez decided to take a fixed point on the far wall of the kitchen and give the room a new direction, and then rearranged the living-dining area on the same axis. 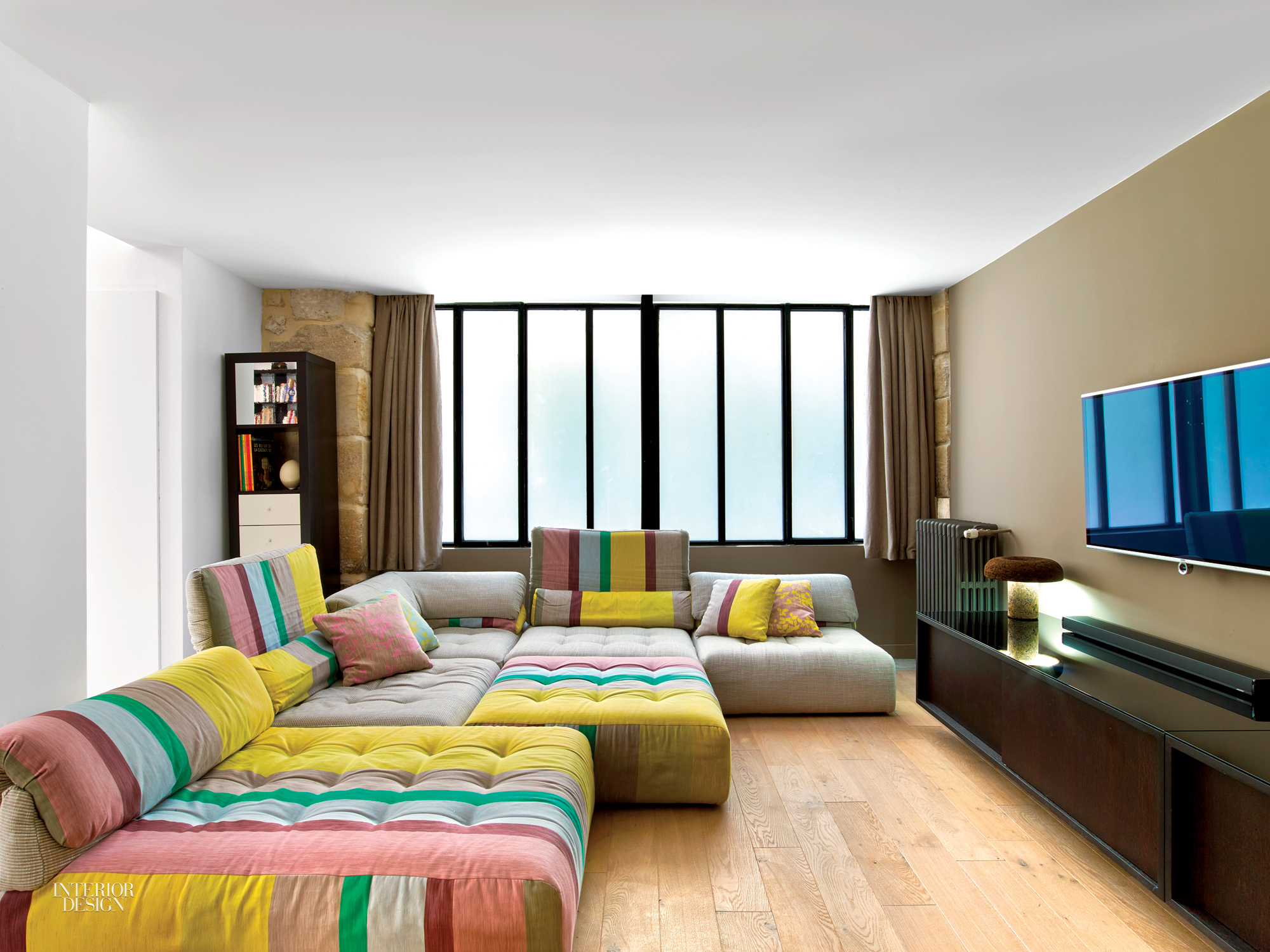 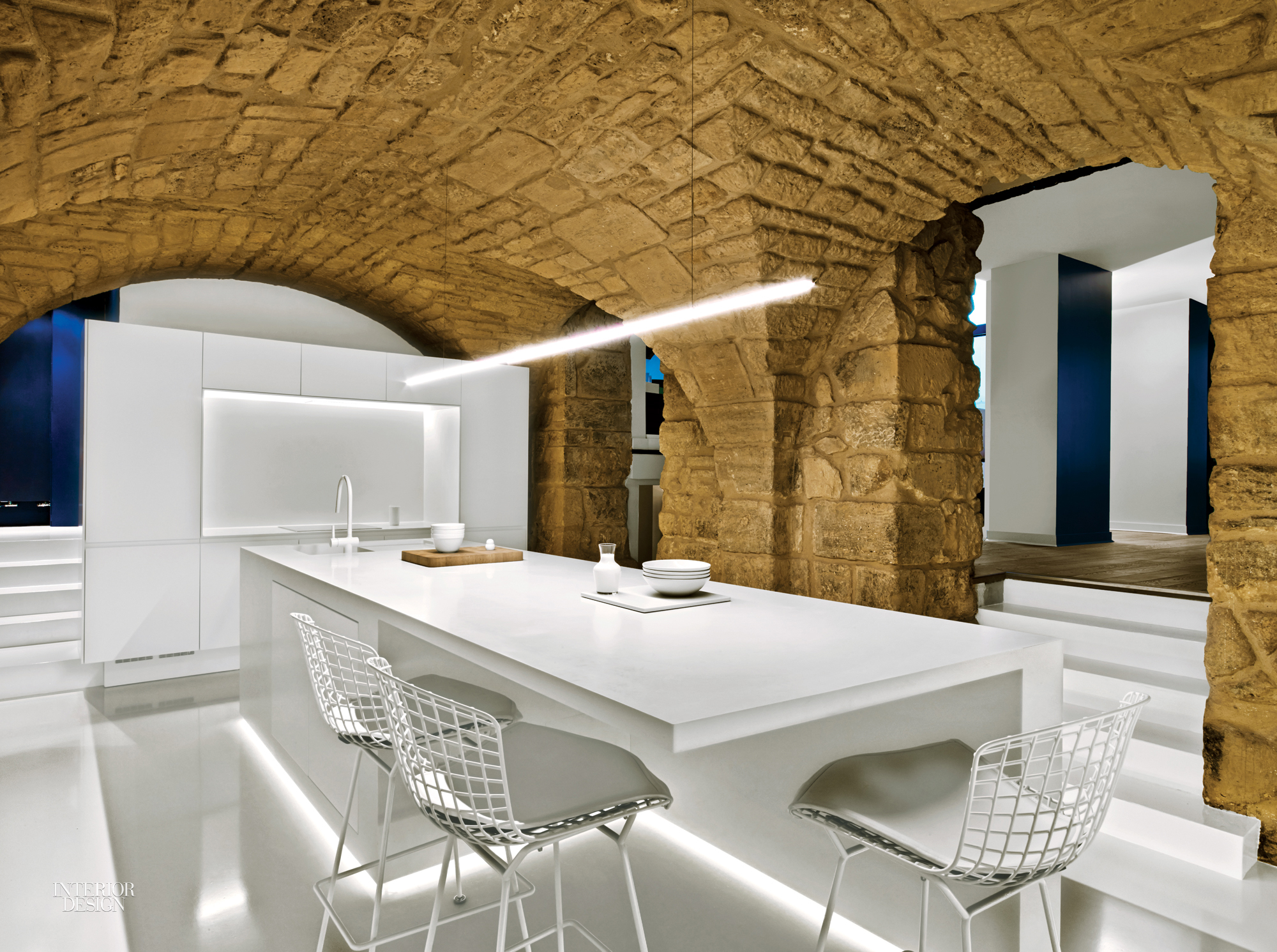 Marie Deroudilhe describes this Paris apartment’s kitchen as “rather surreal,” set in a barrel-vaulted stone basement. She outfitted the kitchen with all-white furnishings and a shimmering white epoxy floor, giving it a futuristic look. Her clients loved the crisp color palette and the 1,800-square-foot apartment’s existing layout. Deroudilhe added more light to the space with skylights, painted white walls, sanded pale oak floor planks, and incorporated LEDs to brighten the apartment.