Poteet Architects was, unsurprisingly, an architecture firm—for almost a dozen years. Then the economic slowdown hit. 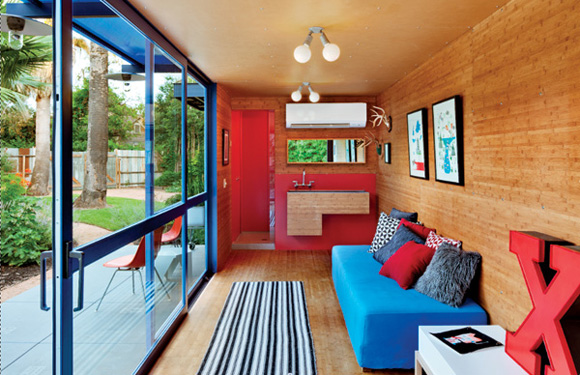 “We’d previously moved from public to private projects, and I felt it didn’t make sense to get back in line for public work when everyone else was trying to do the same,” Jim Poteet explains. “Instead, we expanded our design services by performing construction as well, thereby generating increased fees from smaller jobs.” This San Antonio guesthouse, built with a standard shipping container, epitomizes his tactic’s success: “It’s one of our smallest projects, 320 square feet, and there was so much positive feedback. After a blog post and some local press, we were getting praise from Sweden, Hungary, and India.”

The commission came from a repeat client who was transforming a construction yard into a mixed-use complex. “It was pretty much one experiment after another,” Poteet says. When the industrial sink he initially had in mind didn’t work, he had one customized from sheet steel and installed on a cabinet clad in the same bamboo plywood surfacing the walls and floor. After calculating that planned rooftop solar panels wouldn’t yield enough electricity, he substituted a green roof to insulate from the unforgiving Texas sun.

He’s now in talks about mass-producing similar structures, 20 to 50 at a time, and enjoying the AIA San Antonio Design Award won by the original. 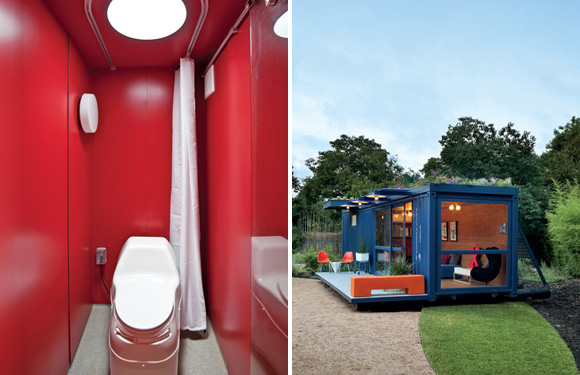