All Politics is Local: Brian Hooper Architect and M3Architecture Breathe New Life Into The Tree Of Knowledge

In 1891, in the outback town of Barcaldine, a eucalyptus tree sheltered a meeting of striking sheep shearers that led to the foundation of Australia’s Labor Party. 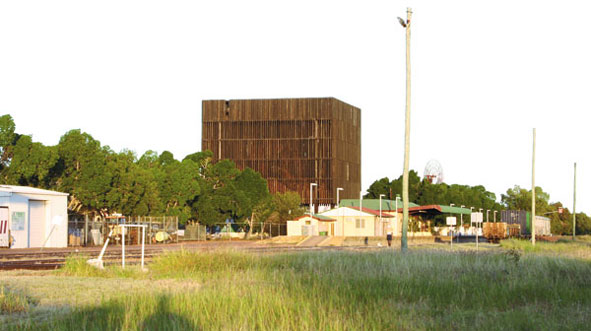 In 2006, vandals killed the so-called Tree of Knowledge, and the nation mourned. The tree is a designated heritage site—other examples being the Sydney Opera House and the Great Barrier Reef. So the task facing Brian Hooper Architect and M3Architecture principal Michael Lavery, a longtime friend of Brian Hooper, was to design a structure that would shelter the dead trunk and limbs from sun, rain, and wind while giving a sense of the tree’s former glory. As Lavery says, the memorial “helps viewers make an imaginative leap to re-create the shade and dappled light that are missing.” 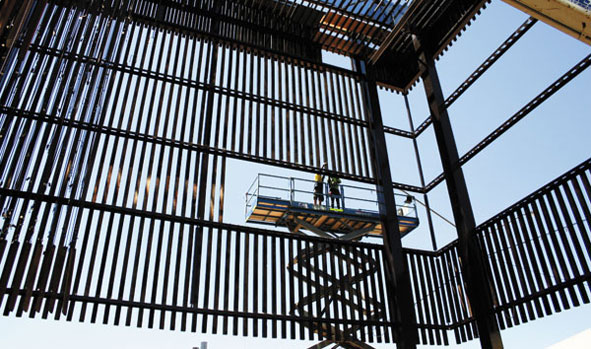 Timbers are bolted to it at 12-inch intervals; photo courtesy of Brian Hooper Architect.


The architects extrapolated from century-old photographs to generate a 3-D digital model of the tree in all its glory, then replicated the shape of the leafy canopy as a void inside the 3,500-foot-square cube built around the relic. Long, slender timbers—milled from old telegraph poles—descend from above to define the empty space, an idea Hooper compares to one of those Pin Art toys that allow you to make imprints of objects. A contemporary color photo, shot beneath a living eucalyptus, determined whether each timber’s angled end would be painted gray, brown, or green, creating an effect like a pointillist painting, Lavery adds. Hooper calls it a “natural cathedral,” as sunlight filtering through the glass roof provides the dappled, multicolored shade of the tree that was. 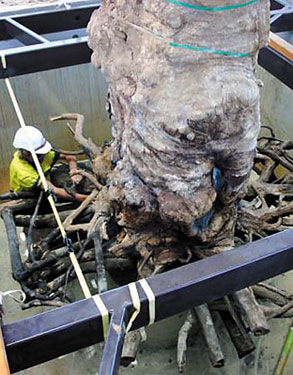 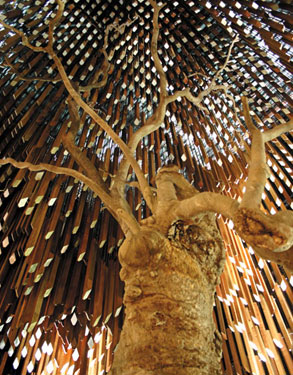 A concrete trough, poured to house the root ball, awaits the installation of a glass floor; photo by Paul Callum/Bligh Tanner. Supported by mirror-polished stainless-steel trusses, the canopy’s timbers are about 6 feet long by 5 inches square, cut on a 30-degree angle; below stand the remains of the 200-year-old tree, poisoned with a liberal dose of herbicide; photo courtesy of Brian Hooper Architect.


Similar timbers are used for the facade of the steel-framed cube, and the gaps between tease viewers by hinting at what’s within while hiding the spectacular canopy effect. (This has proved to be a boon to the local economy, as people who stop for a look often stay for a meal or even overnight rather than simply rubbernecking as they drive past.) The architects used a blowtorch to char the timbers to a shade of gray that symbolizes the sobriety of the project. Happily, the treatment will also preserve the wood, maintenance-free, for at least 50 more years of the tree’s new life. 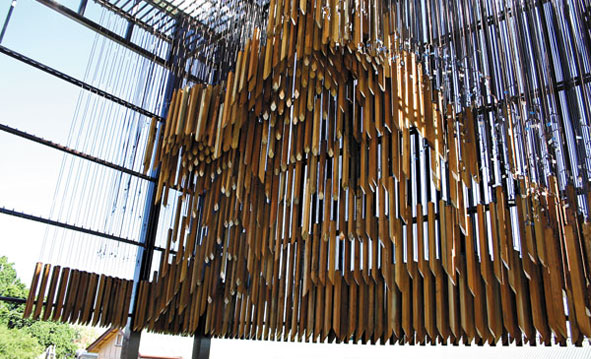