BLAarchitettura Transforms a Printing Works into a Modern Workplace in Turin, Italy 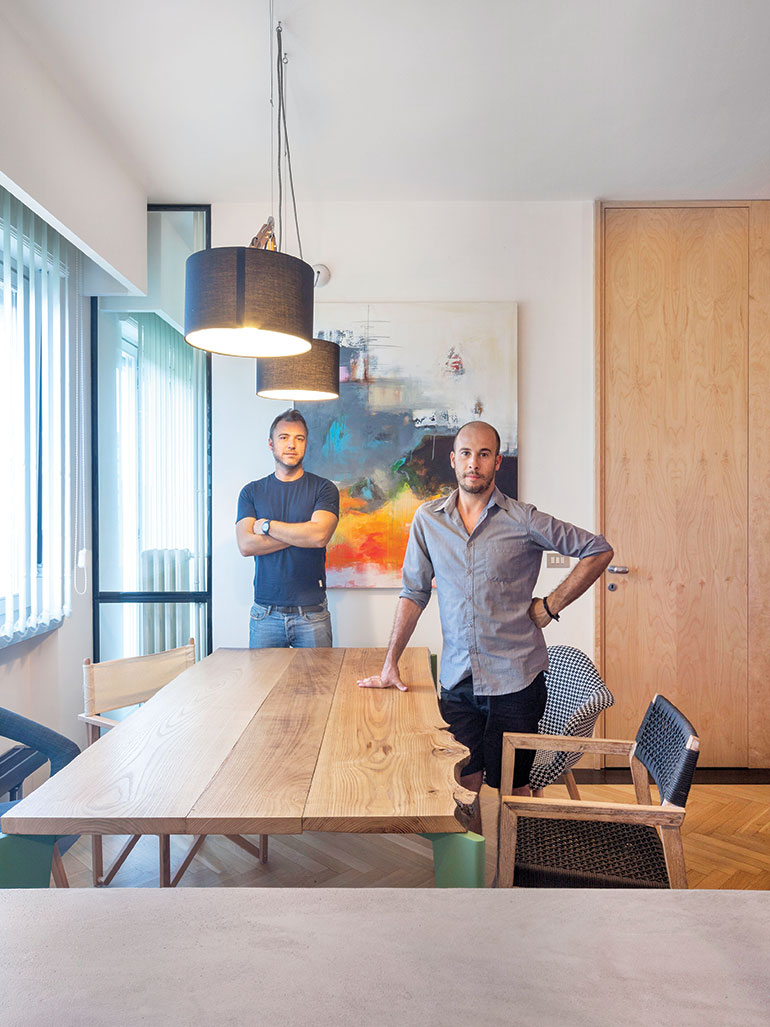 Torinese to the max. That’s Jacopo Bracco and Alberto Lessan, who met at the Politecnico di Torino; went on to share an apartment nearby, working on competition entries at their kitchen table; and eventually established BLAarchitettura there in 2011. They are now a team of five and have a second office in Cuneo. “We work at dif­ferent scales, from inside to outside, exhibitions to residences and offices,” Lessan says. Typologies differ, but the constant is contemporary design.

Enter Arc’s, a creative agency with blue-chip clients such as Fiat, Nutella, and Bacardi. The company’s scope is multinational but its new headquarters, housed in a 19th-century two-story masonry building centered around a courtyard, is very Torinese, too. Formerly a printing works, the 3,200-square-foot site was vacated just days before BLAarchitettura went to work transforming it into a 21st-century workplace. The architects’ principal intervention was to connect the creative and administrative areas with a glowing green corridor. Comprising a backlit skin of translucent fiberglass panels, the lambent structure acts as an ethereal way finder. “From some points of view, it appears as a volume, from others a network of overlapping planes,” Lessan explains. “We were interested in creating permeable, penetrable surfaces where light and air can pass through,” Bracco adds. By blurring the sense of what is inside and outside the construction, they’ve conjured a tunnel with emotive impact. Other materials throughout—birch, steel, epoxy resin—are more conventional. But the corridor is powerful enough to have earned the headquarters a decidedly un-Torinese moniker: Terowongan, Indonesian for tunnel.