Standout: What was an abandoned industrial complex on the tip of Queens is now a 5 1/2-acre refuge of bike paths, wetlands, and lush lawns, a circular portion of the latter dotted with Nobuho Nagasawa’s glowing 6-foot-diameter disks representing the phases of the moon. 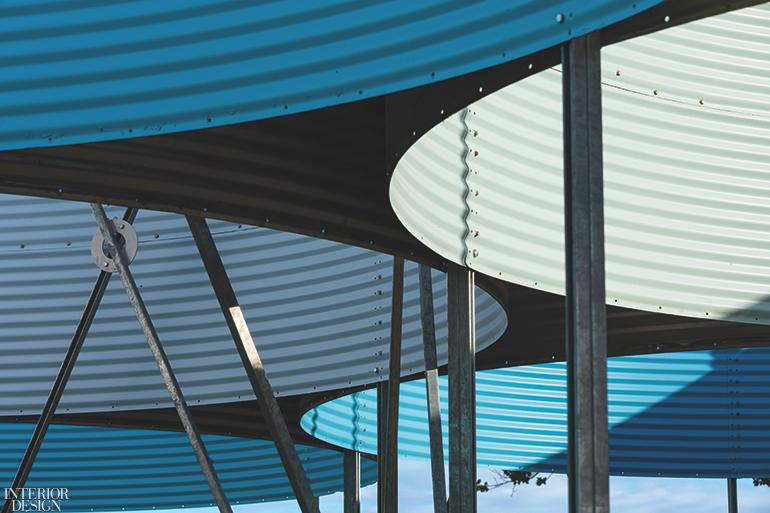 Standout: Professors and a visiting lecturer from Cornell University’s College of Architecture, Art, and Planning channeled the U.S. agro-industrial age with a 20-foot-tall installation of an Ohio farm’s disused corn silos, secured by aluminum brackets fabricated at the university’s Laboratory of Atomic and Solid State Physics. 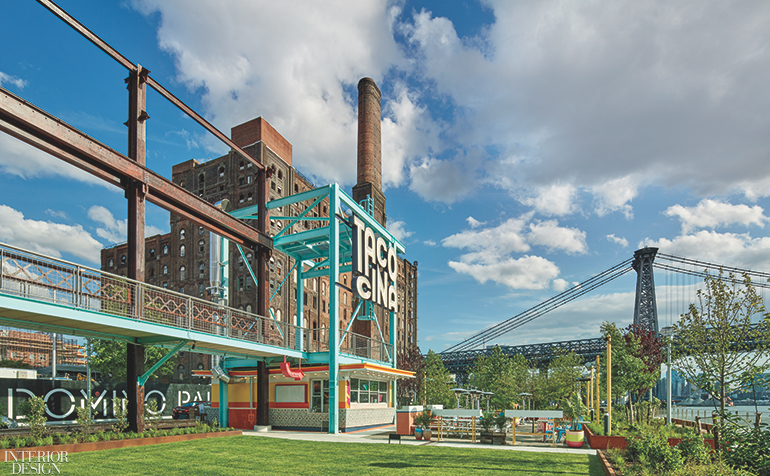 Standout: Among elements salvaged from the Domino Sugar refinery that once operated on the 6-acre site are iron syrup tanks and dozens of structural columns, the latter now supporting a two-block-long elevated catwalk, similar to the one that linked all the factory’s structures. 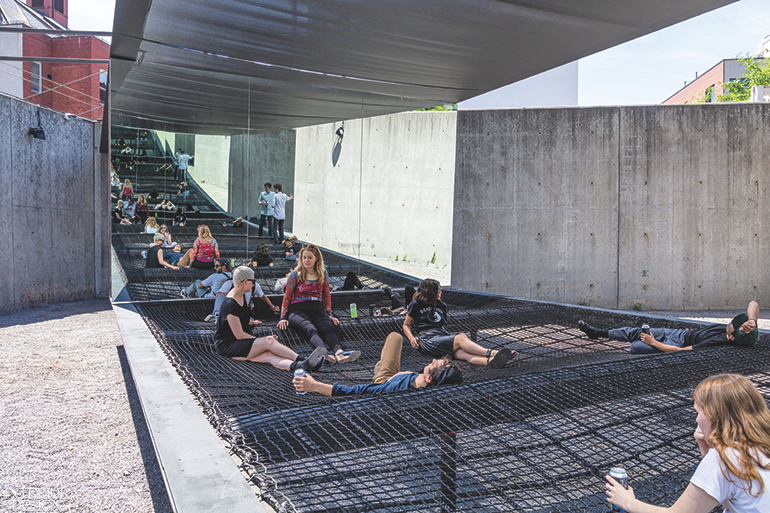 Standout: The winner of the museum’s annual Young Architects Program, in which firms are tasked with creating a temporary installation that provides shade, seating, and water, encompassed courtyard-spanning steel structures fitted with gimbaled mirrors, a communal hammock formed from polyester nets, and a truss-based misting system. 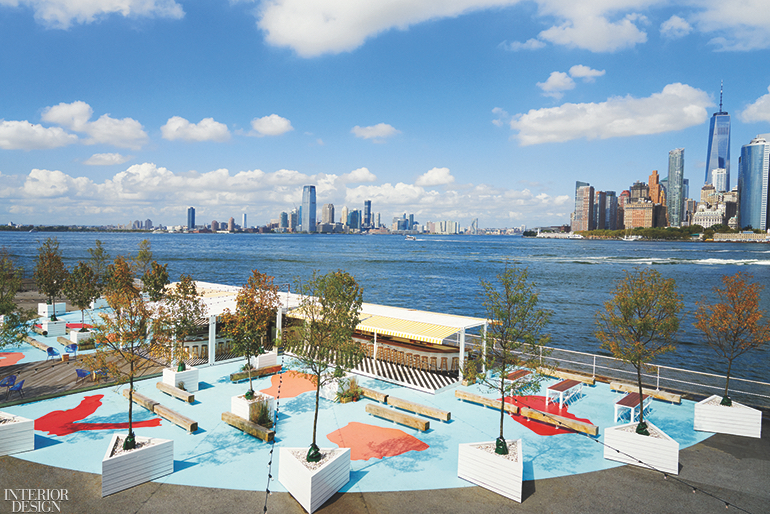 Standout: Crisp stripes paired with a tropical palette of reds and blues transformed an asphalt patch into a modernist, island-inspired seasonal restaurant, where nearly every seat at the 100-foot-long mahogany-and-marble bar affords New York Harbor views.