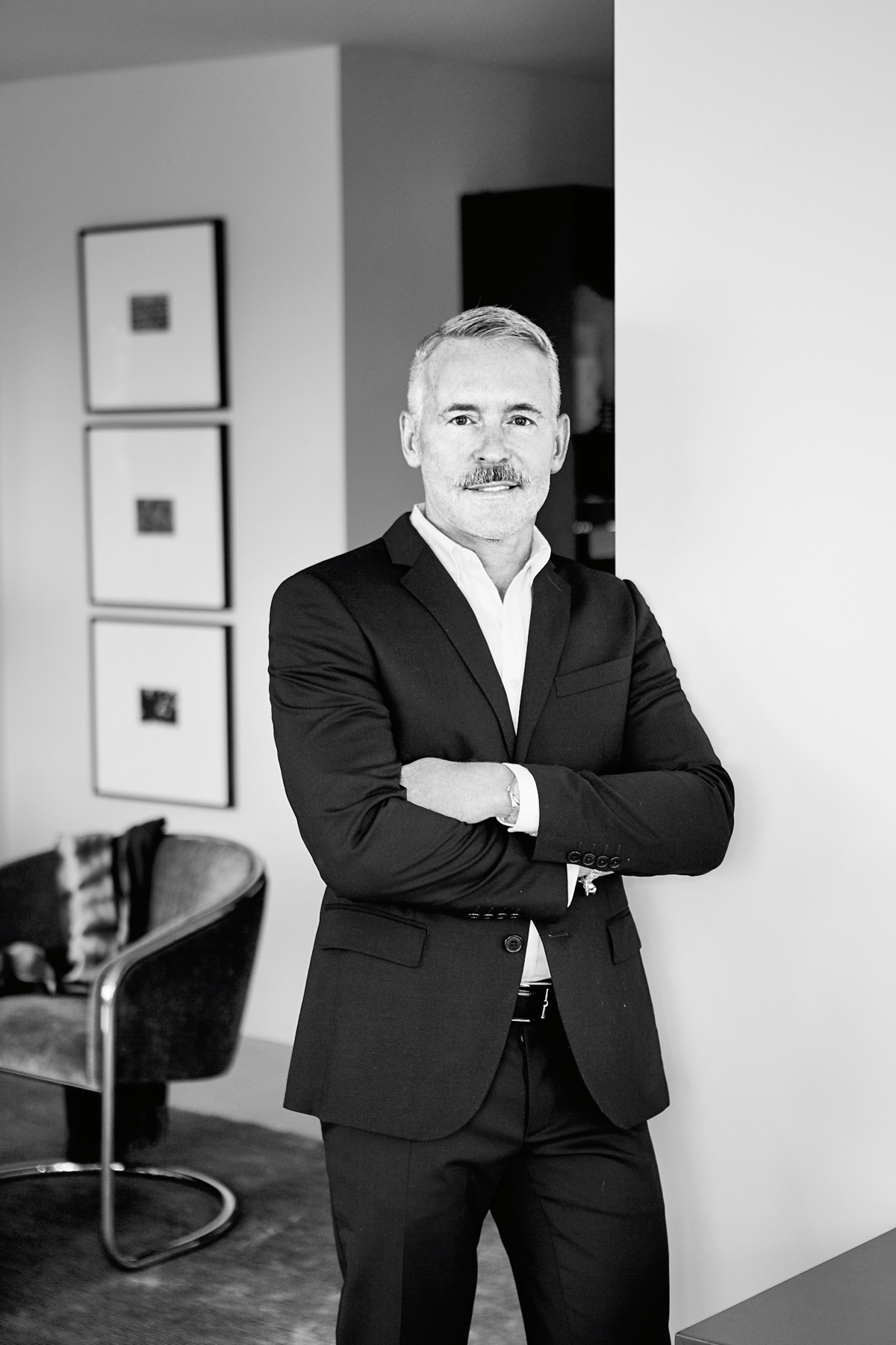 The East Hampton house S. Russell Groves previously resided in was the first he’d designed for himself. Located in Springs, an artsy North Shore hamlet, the property had an elfin charm. “People refer to this style architecture as a Wendy house—a dollhouse you can walk into.” Groves made the most of its 2,500 square feet with whitewashed walls, unfussy furnishings, and a palette juxtaposing beachy textures with industrial finishes. A low raw-steel shelving unit spanned one wall of the living room, leather-and-chrome Harvey Prober chairs offered perches for slipping off flip-flops, and houseguests crashed on painted-iron hospital beds.

Designers often use their own abodes as test labs for ideas to implement on other projects. But little did Groves know to what extent that would apply to this house, given that his subsequent one would be its mirror image. The interior architecture of the two spaces is eerily identical, although he accessed his Springs patio via French doors rather than sliders, and the hearth was a swath of brick subway tile versus painted drywall.

While Groves imported many features to his new place, some he rethought the second time around. Open shelving in the kitchen was deemed too hard to keep neat. Placing the sofa perpendicular to the fireplace wasn’t ideal for flow. Here he designed a plinthlike porch that put the house on a pedestal; the East Hampton house is more grounded in the landscape. But the biggest difference between the two spaces is the decor. “While the new house is polished and mature, my old one was much more, ‘What can I score for $1 on eBay?’” Abundant personality, it turned out.