Force of Gravity: The Lobby at Le Meridian Taipai

A corporate mandate at Le Méridien is to engage what it calls the Creative Guest. To attract him or her, the hotels are equipped with customized fragrances and play lists as well as provocative artwork in public and private spaces. For the lobby at Le Méridien Taipei in Taiwan, Noiz Architects fulfilled that directive by designing an installation­ that challenges architecture-savvy travelers to appreciate the concept of anomaly. 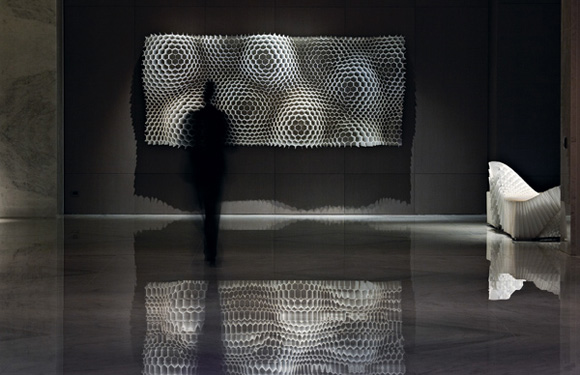 “The world is not a simple Cartesian grid but rather an uneven, wobbly field with no clear edge,” Keisuke Toyoda says. So Toyoda, who worked at SHoP Architects and Tadao Ando Architect & Associates before founding Noiz, and his partner, Jia-Shuan Tsai, whose CV lists jobs at Studio Sofield and David Hu Architect, started thinking about the idea of “coordinated distortion.” 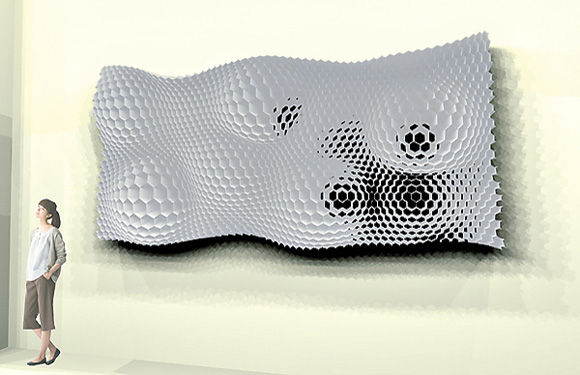 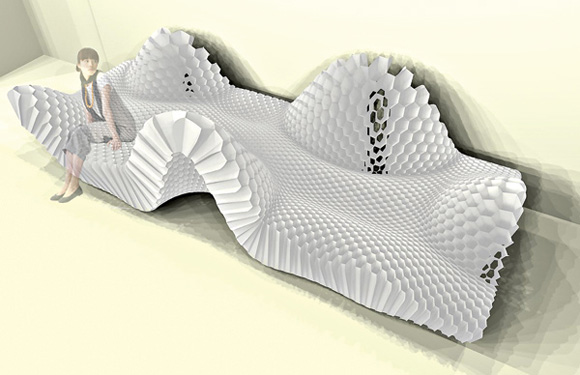 Using Rhinoceros and Grasshopper 3-D modeling software to distort a Voronoi diagram, a mathematical sequence that was developed for spatial analysis, Noiz created the wall and floor sculptures that compose Gravity Fields. The software was also able to design the two sculptures’ translucent components and feed the appropriate data to a machine that laser-cut nearly identical strips from a product composed of Japanese washi paper and stiff translucent vinyl. Next, the layered strips were glued to form hexagonal tubes that could be assembled into honeycombs that, in turn, formed cellular blocks 2 feet square. A meticulous numbering system allowed the installation team to keep track of where each block should be placed on a stainless-steel base plate, then affixed with steel angles and screws. 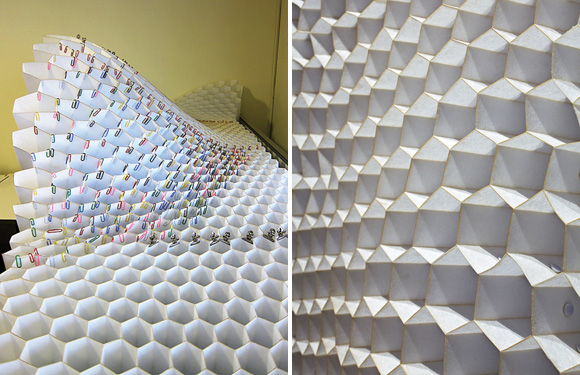 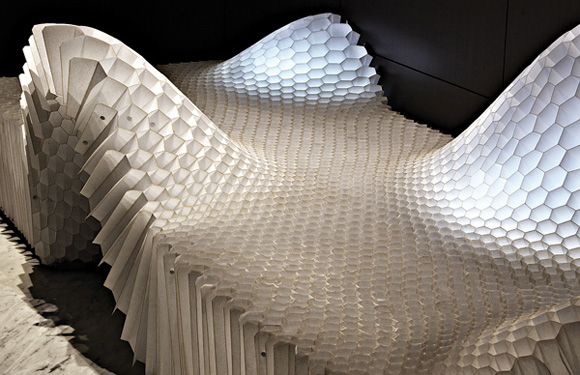 LED up-lights bring a soft glow to the floor sculpture, which was intended to function as a sofa opposite an elevator bank, and similar fixtures downlight the wall sculpture. Both pieces seem to morph subtly, depending on the viewing angle. “The world is dynamic and mysterious, full of unknowns,” Tsai says. Something to think about while waiting for the elevator. 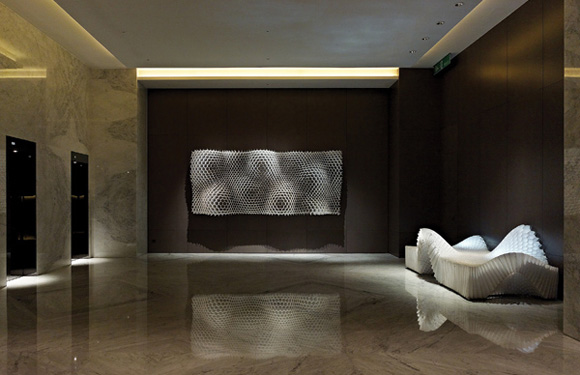