It smells like fun at Good Units, the athletic new event and performance space that interior designer Robert McKinley has created in a former YWCA basketball court at New York’s Hudson Hotel. 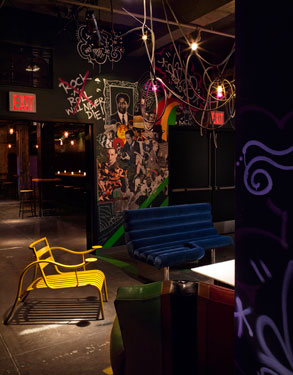 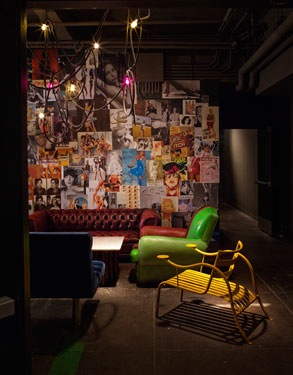 McKinley, a veteran of some the areas hippest interiors including GoldBar and the Surf Lodge, channeled vintage gymnasium interiors into the dual-level space that premiered during Fashion Week at the seminal New York boutique hotel originally created by Ian Schrager. Established to house high profile exhibitions, installations, fashion shows, film screenings, and corporate events, the 6,000-square-foot space is reminiscent of the set of Nirvana’s classic Smells Like Teen Spirit video. 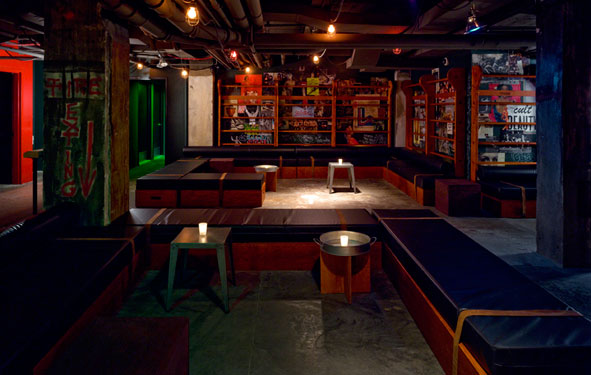 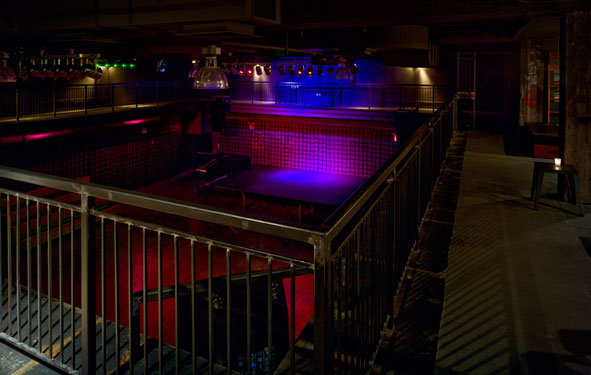 “With Good Units at Hudson we wanted to continue to give New York something the city has never seen before,” says Ben Pundole, vice president of entertainments at the Morgans Hotel Group, the company behind the hotel. “We created a dynamic space that can easily be modified to suit the needs of the fashion, music, film and arts communities, while preserving eclectic elements of the venue’s past as a gymnasium.”

Images courtesy of The Hudson Hotel.