In honor of Martin Luther King, Jr. Day, we revisit staff writer Jesse Dorris’ coverage of the historic opening of the National Museum of African American History and Culture. Read on for a description of this utterly unique museum and the impact this commission had on its architects, David Adjaye and Philip Freelon. 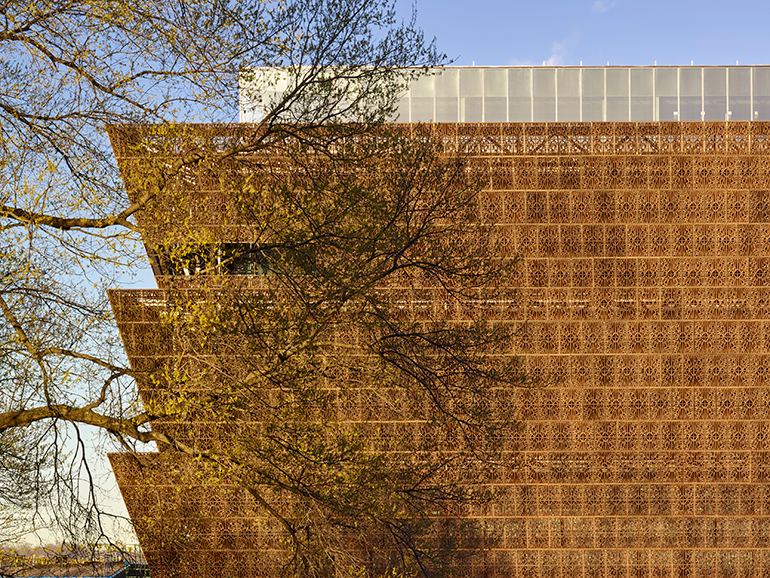 “It has been a dream commission,” said David Adjaye, “finally putting a building on the Mall in recognition of the contribution of the African-American community to the definition of America. I can only hope that the project also carries the broadest relevance, to become something which contributes specifically to the discourse of American architecture, international museum design, and the cultural exchange between human beings.” 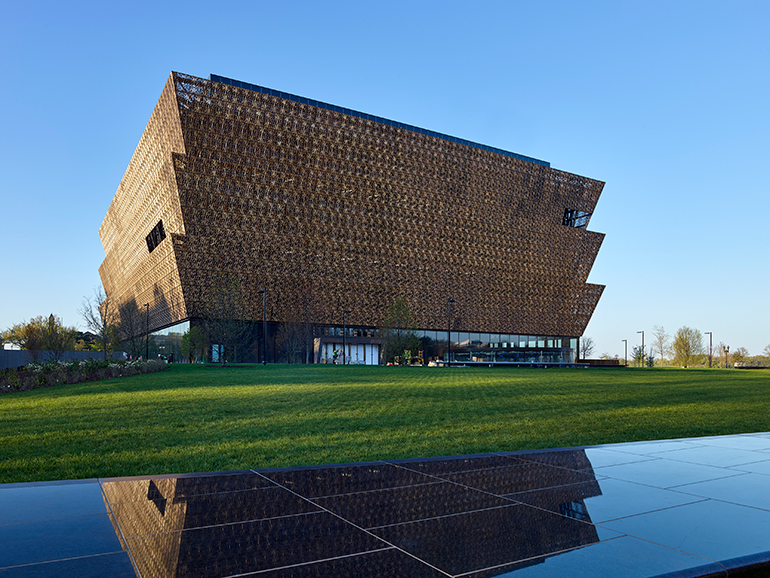 Both African and African-American cultural influences are incorporated into the architecture of the nine-story building, which has four levels below ground. Its corona was inspired by Yoruban three-tiered crowns and is wrapped with a metal lattice Adjaye created to honor the ironwork craft that slaves developed in the American South. The main entrance references the front porches of African and Caribbean homes.

Davis Brody Bond designed over 60% of the museum’s 400,000 square foot program, including its curatorial and collection spaces. “We are both humbled and honored to collaborate on a project which demands excellence on every level,” says DBB’s Washington office director Rob Anderson. “To be entrusted with designing a museum in America’s front lawn fills everyone with pride. Yet the true credit goes to the people that lived history, along with its caretaker, founding director Dr. Lonnie G. Bunch III. We’ve simply translated his words and vision into a physical space and material.”

Also below grade is the museum’s centerpiece, the 50,000-square-foot History Gallery. DBB specified polished concrete floors, Pyrok Acoustement wall treatment, Baswaphon acoustical plastic ceilings, and glass handrails for the gallery, which is defined by a set of inclining ramps to offer views of 34,000 artifacts—including personal effects of Harriet Tubman and a Tuskegee Airmen training plane.

“It’s a space for discovery,” Adjaye says. “Seeing American history through the lens of the African-American community is really going to surprise and captivate.” Anderson adds, “It’s taken everyone’s efforts to accomplish what you’ve seen to date. We are one firm of many that have contributed to this historic project.”