Interior Design Homes Named One of Hottest Magazine Launches of 2016 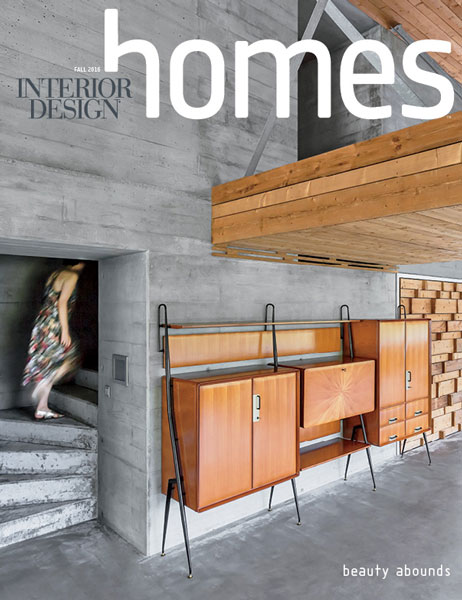 The 30 “hottest” magazine launches of 2016 were announced by min in collaboration with Samir “Mr. Magazine” Husni. The list is an annual partnership between min and Husni, dating back to 2003. To qualify for the 2016 “Hottest Launches,” publications needed to be distributed sometime between October 2015 and September 2016. Of the 790 new publications created during that time, 217 of those magazines were published with a regular frequency. As “Mr. Magazine” said in a recent article for min, “Selecting only 30 out of the 217 was almost impossible. Almost.”

min’s 30 Hottest magazine launches of 2016 is recognized as a barometer for the publishing business. Said Husni, director of the Magazine Innovation Center at the University of Mississippi, School of Journalism, “In reaching my decision on what makes a magazine ‘hot,’ by far the number-one criteria point is the audience’s reaction to that magazine. How did the overall marketplace react and how did its intended audience respond to it? And, just as important, how did the industry behave toward it?”

min describes Interior Design Homes as “a posh, modern, and aesthetically unique publication specializing in displaying glamorous interior furnishings needed in your home. Each finely-made, artisan product is the masterpiece behind a creative, some of which are featured in the magazine. Homes draws from the inspiration of these artists’ products from inception to execution. If you’re content with your living space being run-of-the-mill and altogether common, the uniqueness of this magazine may overwhelm you. Embrace your inner innovator. Read Interior Design Homes.”