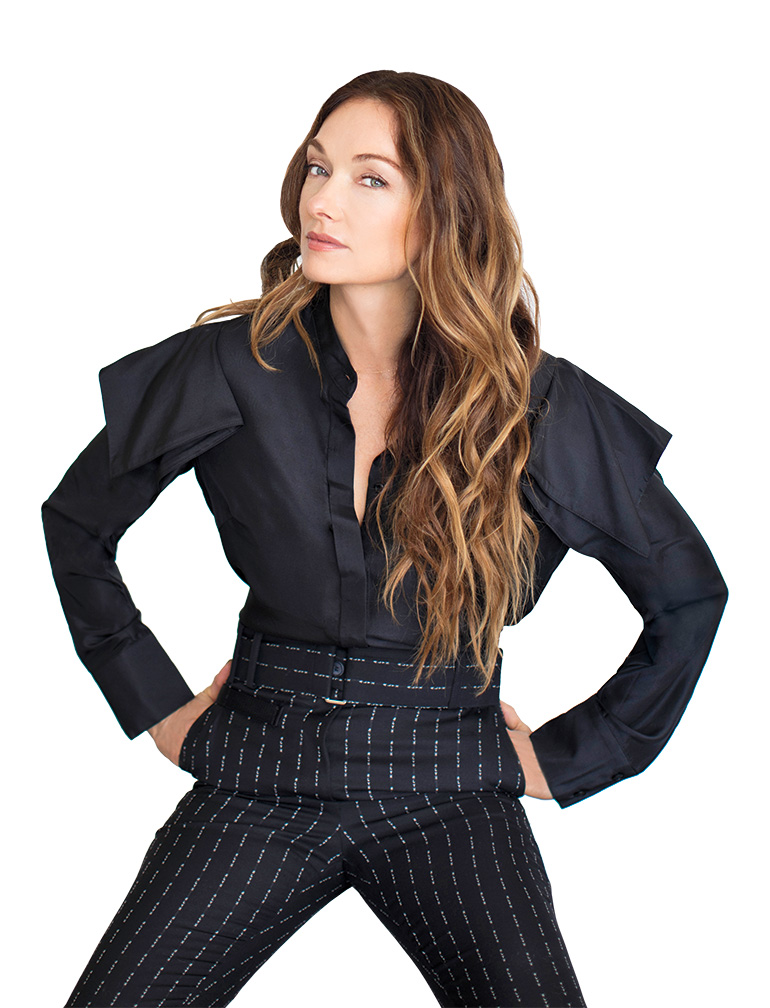 With such bold-face clients as the Four Seasons, Bergdorf Goodman, and Viceroy, a New Yorker profile, and a turn as a judge on Bravo’s Top Design series, Kelly Wearstler hardly needs an introduction. What does need mentioning, however, is that she is as hardworking and glamorous as she was when we first met up with her in 1998. Wearstler had recently moved to Los Angeles from New York and was collaborating with Koning Eizenberg Architecture on the Avalon, her first hotel, running an office of three. Today, she counts seven hotels to her credit and maintains a multidisciplinary studio of 45. Her project range has exploded since then, too. She’s completed residences, retail environments, and restaurants nationwide. Her branded product collections—from lighting and furniture to rugs and wall covering—are sold online and in her L.A. boutique. Among her manufacturer collaborators are the Rug Company, Lee Jofa, Visual Comfort, Ann Sacks, and Georg Jensen. Rizzoli recently released Kelly Wearstler: Evocative Style, her fifth monograph. With her academic training in interior, architectural, and graphic design, Wearstler’s fortes are collage and layering, vibrancy and exuberance. All are apparent in her latest endeavor: Proper Hotels & Residences, a new luxury boutique brand led by Viceroy Hotel Group founders Brad Korzen, Brian De Lowe, and Alex Samek with a nationwide rollout for which Wearstler has been commissioned all the interiors. Properties in San Francisco, Santa Monica, and Austin, Texas, are open, downtown L.A. bows this year, and Portland, Oregon is scheduled for 2022. She tells us all about them.

Interior Design: You’ve been involved with Proper from the get-go. What is the brand’s story?

Kelly Wearstler: It’s built on relaxed luxury, individuality, and local talent. We partner with each city’s best in food and beverage, spa operators, and artists. And I got to do all the branding and graphic design, which is my first love.

KW: It feels like Modern California. Much of what’s there feels like something you’d find on a beach—patinaed metals, brushed woods, stones. The new building, by Howard Laks Architects, houses reception. In the lobby, there’s a credenza of beautiful Russian birch by local maker Mike Fair, and we skimmed a big column in the middle of the space with tile. The open plan leads to Palma, the lounge. On the roof, there’s a pool and another restaurant, Calabra. The main restaurant, Onda, by renowned local chefs Gabriela Cámara and Jessica Koslow, is in the older building. The 280 guest rooms, spread between the two buildings, are generous, most with floor-to-ceiling windows for amazing light. They’re different for me in that they’re calmer and more subdued than usual.

ID: When it opens this spring, what will Downtown L.A. Proper be like?

KW: The site was originally built as a hotel around 1926. But it transitioned to a YWCA in the ’50s until 2004, then closed. Our design for the 148-room hotel was inspired by
early California, Spanish missions, and the
Los Angeles Herald Examiner building across
the street. Since it’s designated a Historic-Cultural Monument, we had to maintain some of the original fabric, like the window casings and exterior brickwork. But other­wise it feels contemporary with a lot of pat­tern, jewel tones, and plasterwork. There will be two destination restaurants, Caldo Verde and Cara Cara, serving the rooftop pool, both in partnership with James Beard Award–winning L.A. duo Suzanne Goin and Caroline Styne.

ID: You’re just back from installing the Austin Proper. What’s that hotel like?

KW: Austin is friendly with a cool vibe, in­dependent shops, and great restaurants, and the residents are into health. It reminds me of Myrtle Beach, where I grew up. The hotel’s design is not precious. It’s relaxed, even looks a bit haphazard. It’s different from the others in that it’s totally new construction,
a 32-story high-rise with 244 rooms and 97 residential condominiums by Handel Architects of San Francisco.

ID: Speaking of San Francisco, that Proper opened first. What are its standouts?

KW: The site is a full city block in an emerging area on Market Street—it’s like how the Bowery in New York City was. The building, from 1926, is also landmarked, so historic preservation and approvals were a big part of the project. So was art. I sourced contemporary and vintage pieces, almost all by San Francisco artists. In the 131 guest rooms, pattern is everywhere.

ID: What else are you doing?

KW: I’m designing a restaurant in Austin, plus residences in Toronto and New York. We’re also planning Portland’s Proper—it will be new construction in the Pearl District, and have 266 rooms, three res­taurants, a spa, and a rooftop bar. With these huge buildings, I want them to not only feel residential, but also have a point of view.

> See more from the February 2020 issue of Interior Design