If there’s one thing Primo Orpilla and Verda Alexander know about, it’s the contemporary workplace. They know a lot about office furniture, too. Put all that knowledge together, and you have a stunning showroom transformation. 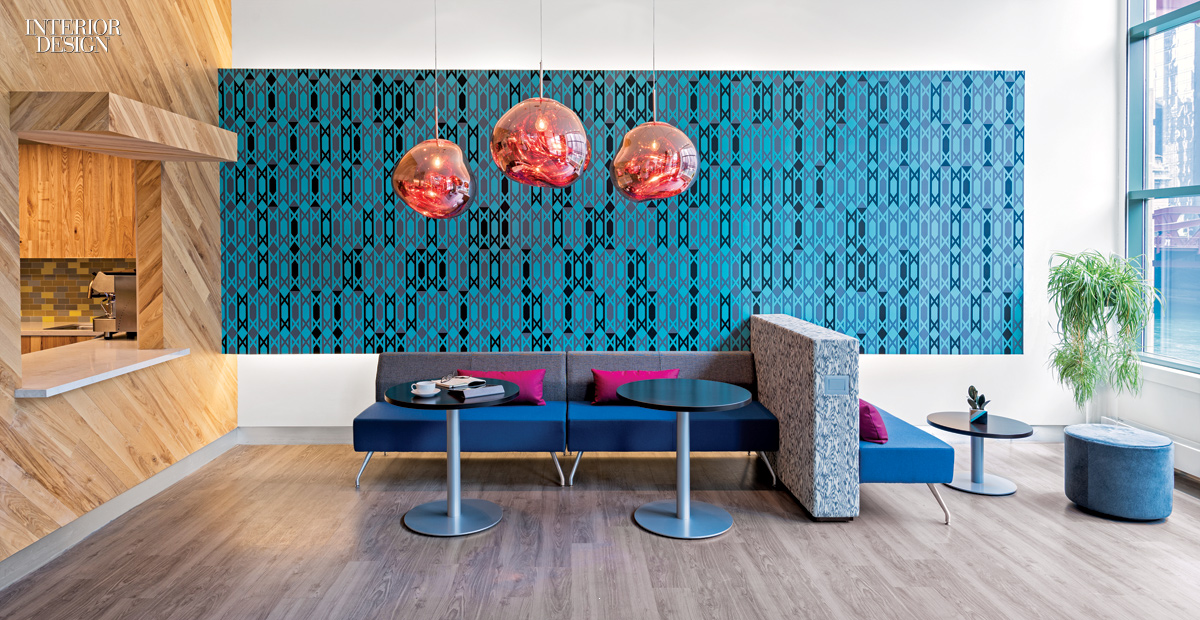 When their firm was hired, the brief was clear: Bring us the same brand of urban cool you give the millennials working at Uber and Yelp in San Francisco. So the husband-wife founding principals, 2015 inductees into Interior Design’s Hall of Fame, settled on a theme: The city is your office. Then, to organize the two-level, 13,000-square-foot space, they developed 10 “neighborhoods” or typologies suited to either individual or group tasks. Colorful graphics emphasize the concept. Suggesting the skyscrapers of a metropolis as abstracted by M.C. Escher, for example, a pattern of right angles in magenta and navy vinyl clads the reception desk’s front. 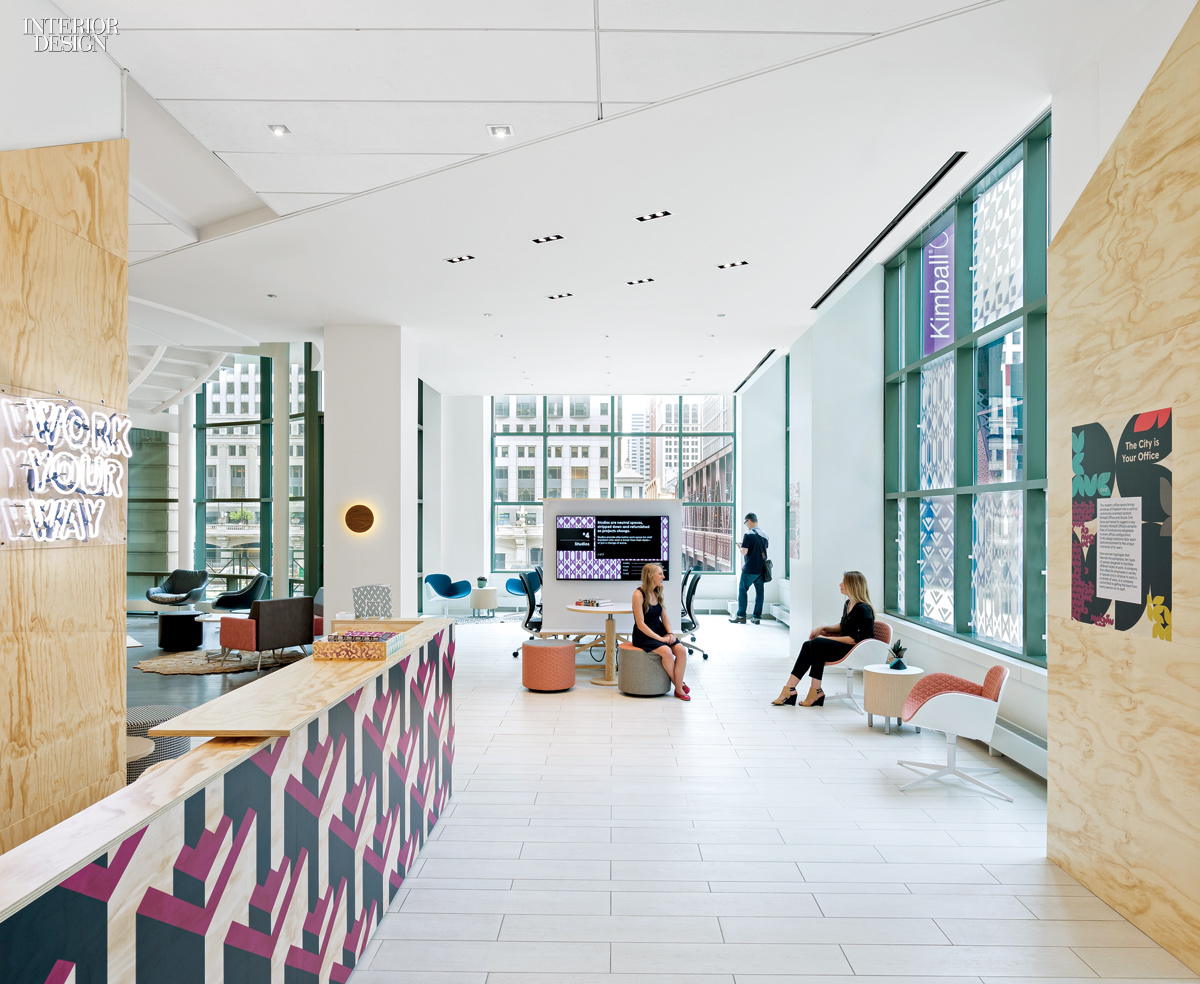 Angular shapes, cut from unfinished plywood, pinwheel around the structural column that rises through the center of the arced staircase. Anchored to the column is a counter-height plywood table. By day, it’s a two-person meeting spot. At night, it’s another story entirely. The table morphs into a DJ booth—at least that’s what happened at the launch party during the NeoCon trade fair. 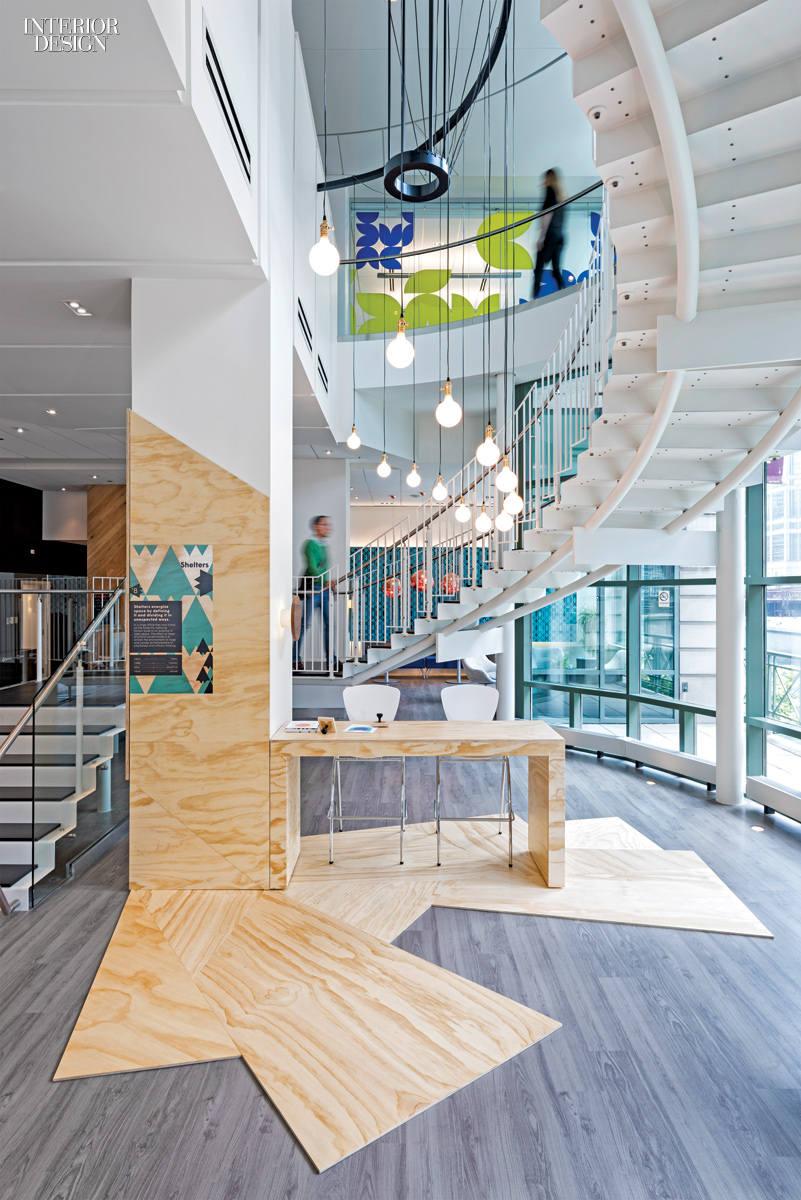