While the global economic downturn has resulted in less construction worldwide, some of what is being built is the biggest the world has ever seen. Don’t they say go big or go home? And big doesn’t just mean girth. 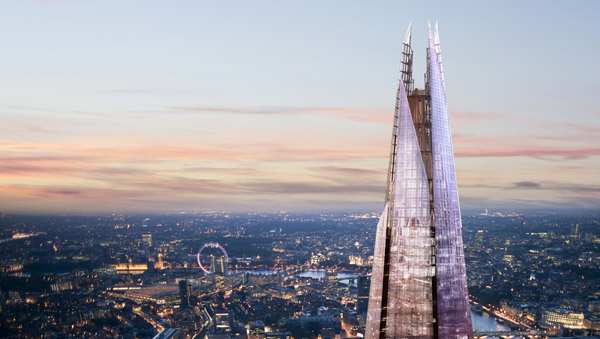 Emporis says the world’s highest skyscrapers are getting even higher. When the 10 tallest buildings currently under construction are complete (six in China and two in South Korea, all over 1,673 feet high) only SOM ‘s Burj Khalifa in Dubai will remain on the top ten list. At 2,717 feet, the engineering wonder will also maintain its number one position. The 2,126-foot-tall Ping’an International Finance Center in Shenzhen, China, by Kohn Pedersen Fox Associates is expected to be number two in 2015.

But tall is not all these days. There’s also a trend towards the creation of entire new city zones such as the 17.2-million-square-foot King Abdullah Financial District in Riyadh, Saudi Arabia, and massive redevelopment projects taking place in London, Hamburg, and elsewhere. These expensive and time-consuming ventures encompass everything from mixed-use complexes to transportation.

However, you may have heard that Foster + Partner’s Crystal Island superstructure in Moscow—what would have been the world’s largest single building at 27-million square feet—has been cancelled.

The largest single-structure projects still on track are tricky to nail down. We’ve selected four remarkable projects—boasting the most square feet we could find—that made considerable strides in 2012 towards actually opening sometime soon.

Learn about them below, then watch what happens in 2013:

The Shard in London

Singapore National Stadium at the Singapore Sports Hub in Singapore