Almost 12,000 is a daunting number of square feet to tame. But not when Interior Design Hall of Fame member Hagy Belz­berg takes charge. His innovative composition for this Los Angeles house—basically a boomerang sitting on another boomerang, facing the opposite way—has, dare we say it, grandeur and, at the same time, a tasteful sense of scale. 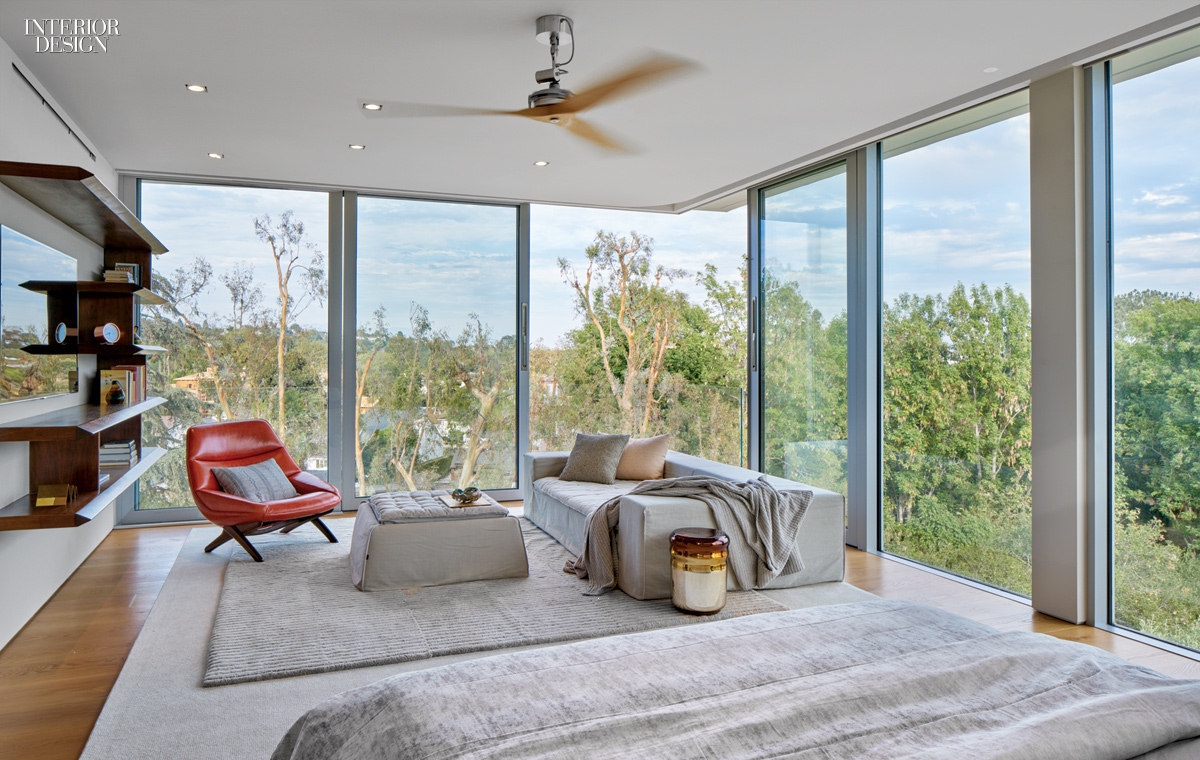 Geometry was not, however, the most important subject of conversation with the owners. “Family, family, family,” Belzberg recalls. “The house needed to be a place where the kids want to be.” Talk eventually took physical form as three hangout spots: a family room, a playroom, and a game room. This being a Belzberg project, a staircase is the centerpiece. It’s a spiral. But not just any spiral. “It goes from skinny to fat, narrow to wide,” he explains. Balustrades are clear glass bent with heat. “The hardest thing I’ve ever done,” he states. 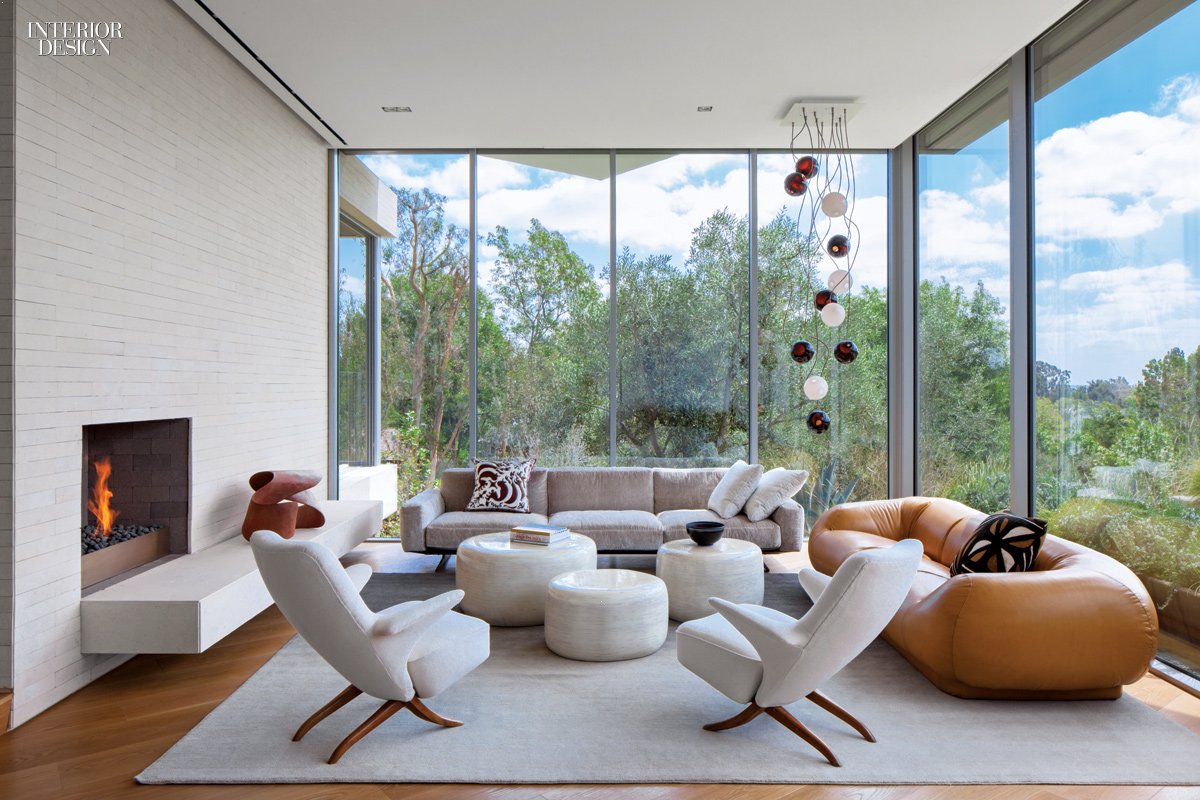 Furnishings were the responsibility of Delta Wright. (Then at Curated, she now operates as Delta Wright Interior Design.) “My job,” Wright says, “was to bring nuance to the neutrals.” The living room, for example, mixes Dutch armchairs, circa 1957, with an American leather-covered sofa from the ’70’s and a 21st-century one by Antonio Citterio. She suggested going a bit off-plan in the powder room—with a raspberry floral pattern. Belzberg’s initial response: “Wallpaper in one of my projects? Never.” From Wright: “Trust me.” And he did. 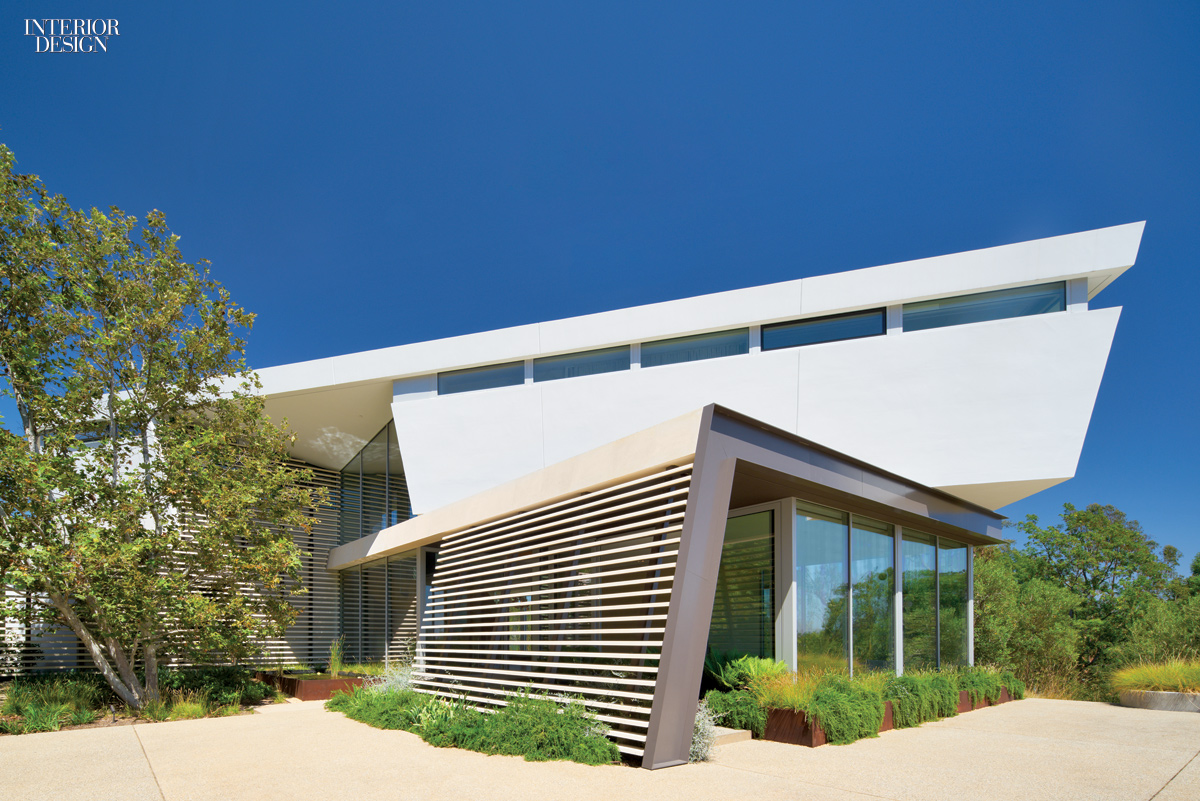 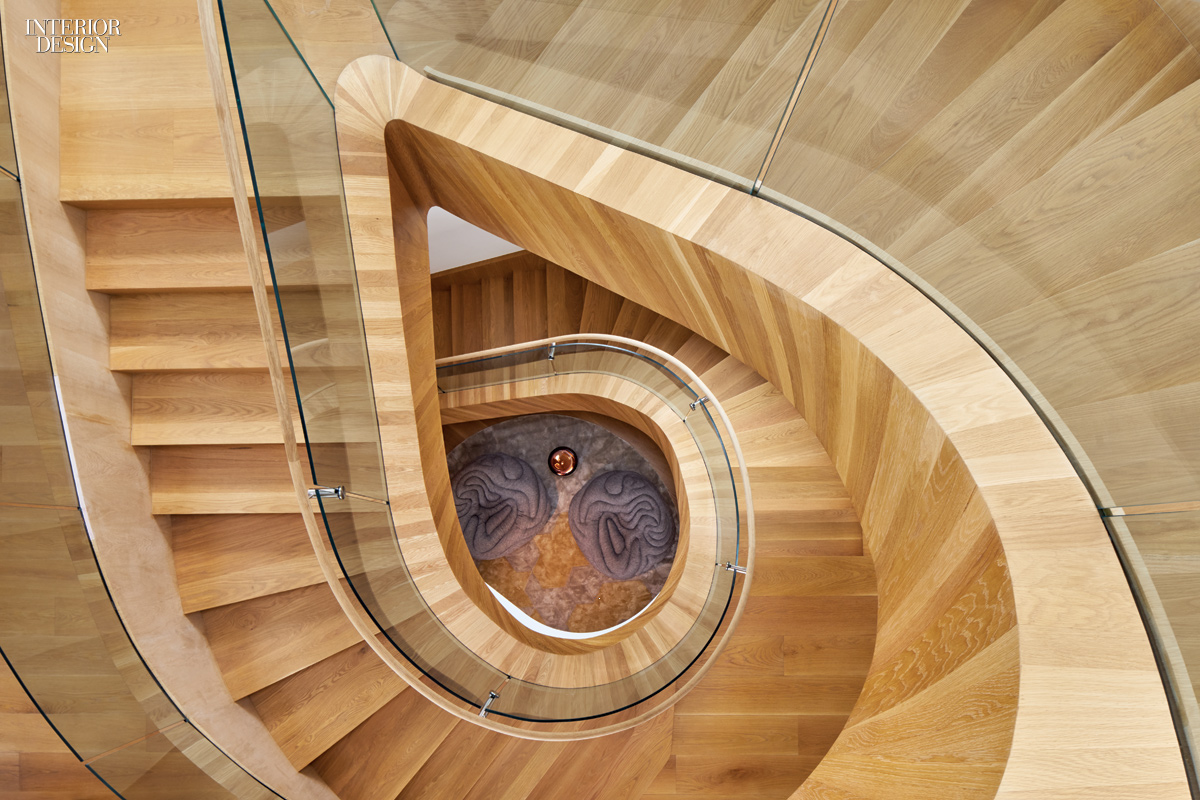