City planner Edmund Bacon once described Beijing as “possibly the greatest single work of man on the face of the earth.” Indeed, when he was here in the 1930s, China’s capital was a sample of monumental geometry. The hutongs—a maze of alleyways formed by the traditional courtyards that shape city neighborhoods—were integrated with temples, imperial structures and quaint parks in a nearly symmetrical way. Beijing was all of a piece. 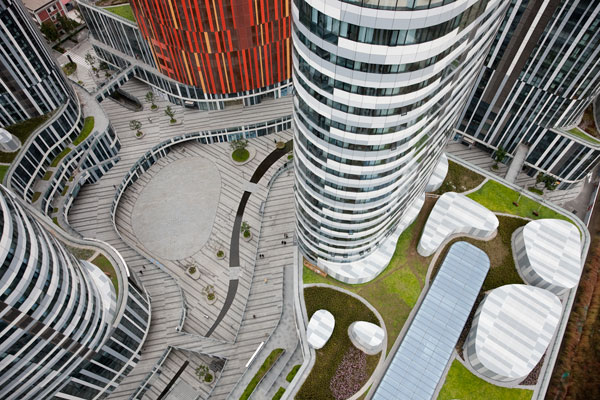 Things have changed significantly since then. While Mao’s reign from 1949-1976 witnessed an attempt to transform Beijing into a center for government dotted by industrial buildings and factories aplenty, the 1990s promoted a modernization message: “destroy the old and build the new.” In practice, it put the capital city under attack from the wrecking ball of progress.

Then, almost overnight, the metropolis has turned into a striking, unmistakably 21st-century city, combining relentless development with a fondness for the avant-garde. After winning the bid to host the Olympic Games in 2008, construction has been militant. Forever evolving, this Beijing has begun developing a unique skyline where towers are generously applied, and real gems are few and far between.