The 1960’s and 70’s were a rough architectural period for many urban centers — but only Brussels earned a permanent slur in urban planning text books. Brusselization, or the “haphazard and ruthless skyscraper development” permanently scarred the 12,000-square-mile capital of Belgium and the European Union — and led to a series of laws that both protected historical buildings and impeded necessary demolition permits. 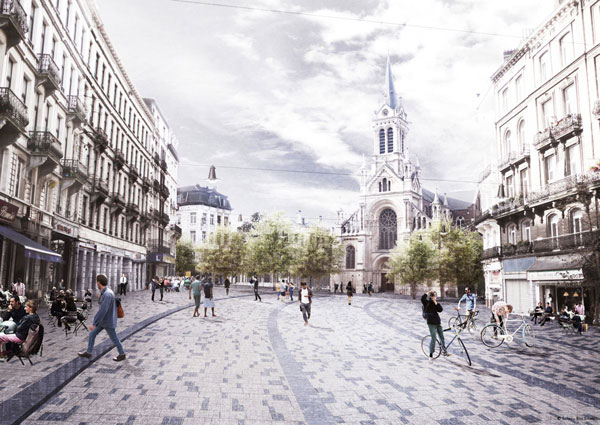 However, after a few decades, the French and Dutch bilingual city of 1.5 million worked out the kinks, and today Brussels embraces a rigorous planning process that balances historical preservation and growth, and the future looks bright. The current mayor is calling for a car ban in the congested city center and the destruction of a 40-year-old overpass marring a residential neighborhood is among the major urban renovations underway.

Design and architecture are heavily ingrained in the culture of this city, which annually celebrates local and international design and architecture with Brussels Design September, and is considered the capital of Art Nouveau, with both residential and public structures scattered throughout the city embellished with decorative moldings and whimsical curves, much by pioneering architect Victor Horta.

Read on for new builds impacting the city, the design and architecture everyone is talking about, and an interview with Amaryllis Jacobs, founder of Maniera, a design collective that taps artists and architects for its locally-made custom furniture.